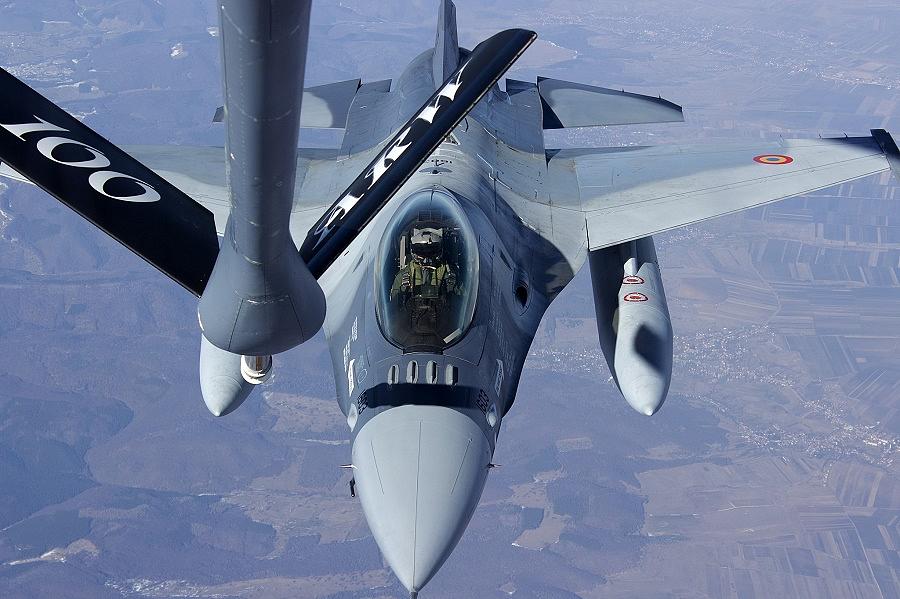 The Romanian Air Forces completed the first aerial refueling mission of their F-16 Fighting Falcon aircraft on Tuesday, February 28. A tanker aircraft of the 100th Air Refueling Wing within the United States Air Forces in Europe (USAFE) helped with the operation.

The refueling operations take place at 7,000 to 10,000 meters in the air and helps the aircraft remain airborne longer. The F-16 Fighting Falcon can fly about three hours with its initial fuel load and the aerial refueling helps extend the airborne time by two hours.

Romanian pilots have been trained for such maneuvers in Portugal. 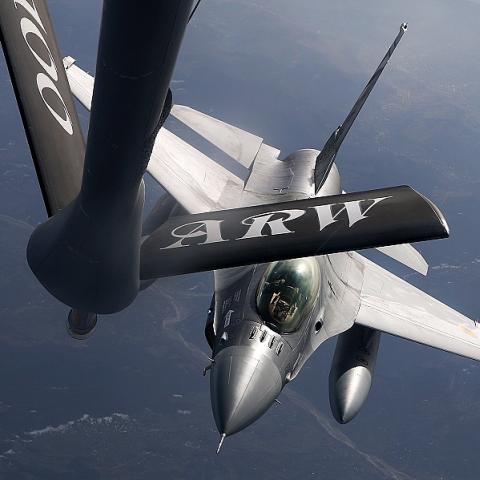 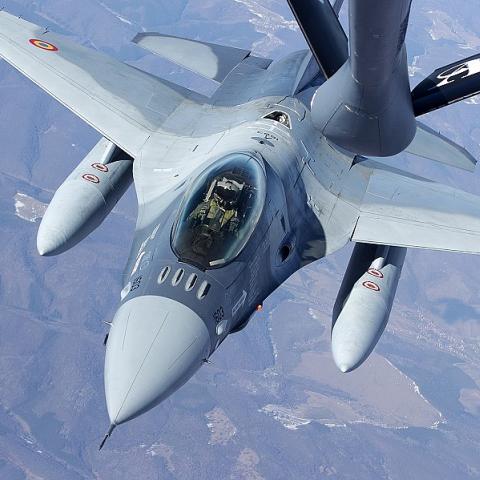 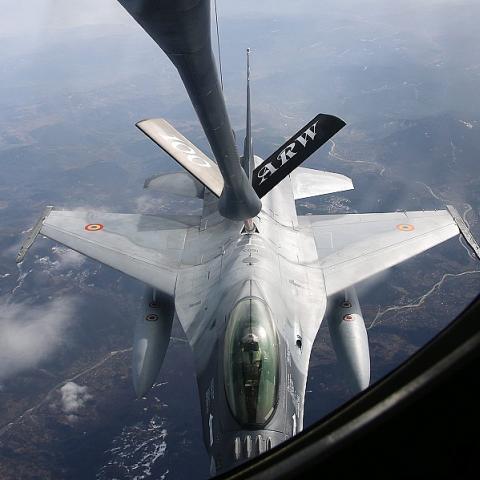 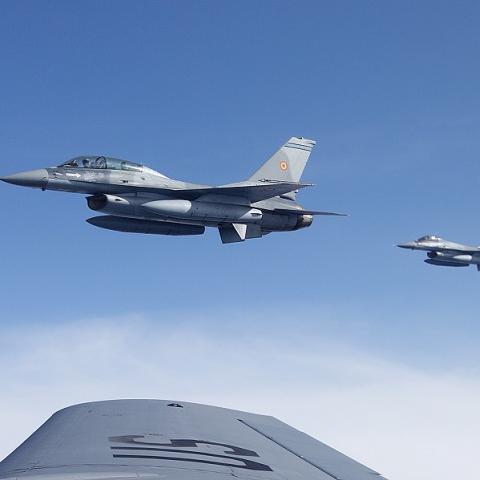 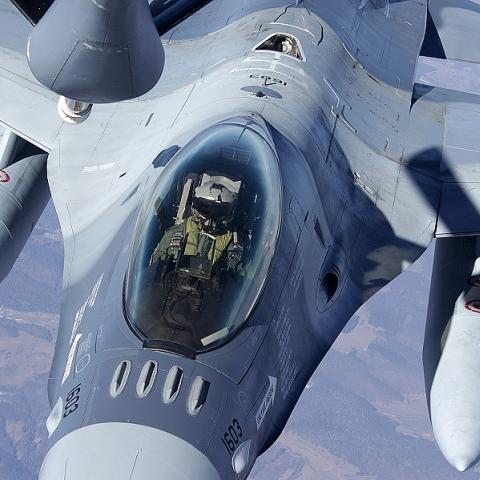