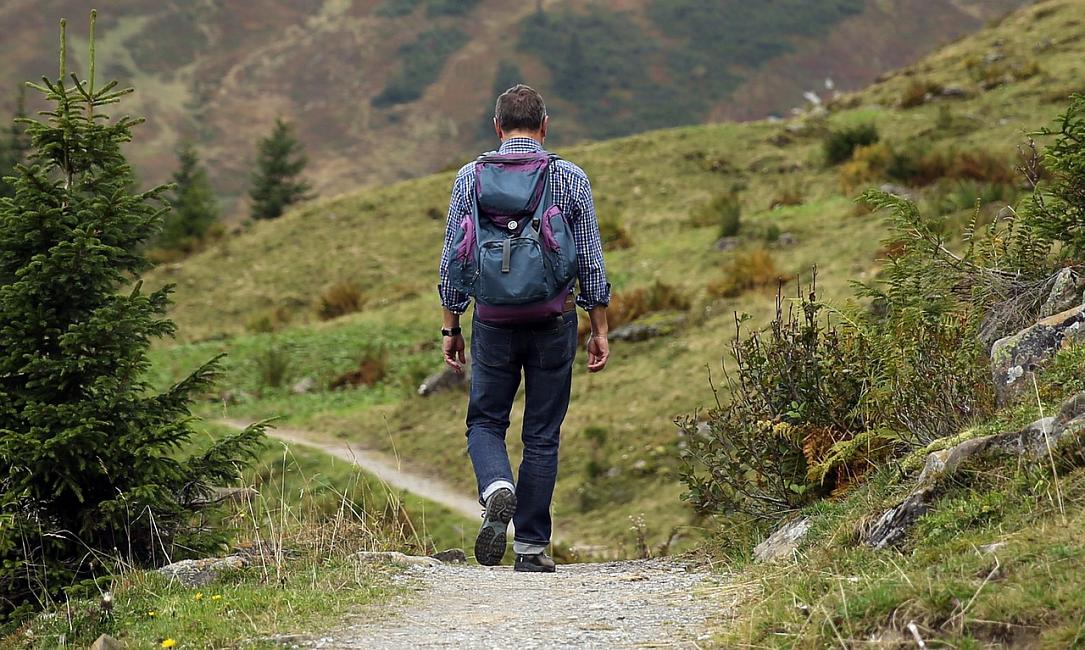 Many places in Romania are surrounded by stories, myths and legends, which sometimes make the experience of visiting them even more interesting.

From legends about dragons and the Devil to stories about curses and spells, the tourists visiting Romania can return home with great stories to tell. There are many tourist destinations all over the country that fueled the locals’ imagination and we’ve selected seven of them:

There are several local stories and legends surrounding this protected area in the county of Salaj, in the north-west part of the country. Although the county is not on top of the list when it comes to tourist attractions, this place is definitely worth visiting.

Gradina Zmeilor (which would roughly translate as the Garden of Dragons) comprises several rocks with strange shapes, which fueled the locals’ imagination, giving birth to several stories and legends. One of them is the legend of the dragons, which some say lived in this area. They were taking everything they wanted from those living there, even the local girls.

One day, one of the dragons decided to steal the Sun from the sky, as he thought that the sun, like everything else, is rightfully his. A brave man who lived nearby decided to confront the dragon. He won the battle and threw the Sun back to the sky. Moreover, he also decided to set free the girls held captive by the dragons. The other dragons came to rescue their friend and stop the man, but were blinded by the strong light coming from the Sun, which was now shining once again from the sky. Moreover, one of the girls saved by the brave man cast a spell on the dragons and turned them into stone.

Another legend has nothing to do with dragons but with a girl who fell in love with a soldier. However, her stepmother didn’t agree with their love story and cursed the girl, turning her into stone. 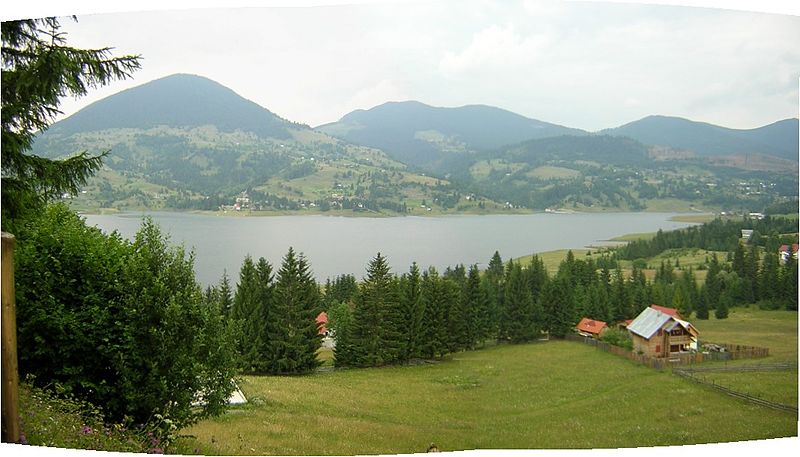 Located at the foot of the Calimani Mountains, not far from the city of Bistrita, the Colibita Lake is yet another place in Romania that offers amazing views and has legends and stories to tell.

Back in 1850, there was a small village here, with only a few inhabitants. In 1869, a road was built so that the villagers could take the timber to a nearby fair. A church was also erected the same year. The lake took the name of this village, which was flooded in 1979 as the authorities wanted to make a reservoir there. Legends say that a part of the former village’s houses, as well as the church, still lie on the bottom of the lake. Some say that the cross on the church’s roof can be seen when the water level drops.

Locals believe that the lake is cursed and that every year it demands its tribute, which is paid with a human life. Moreover, the fishermen say that there are huge fish in the lake, which are a few meters long and live at the bottom.

The air there is also said to have healing properties, as it is very clean and can help treat pulmonary diseases.

Vulturilor Lake (or the bottomless lake) 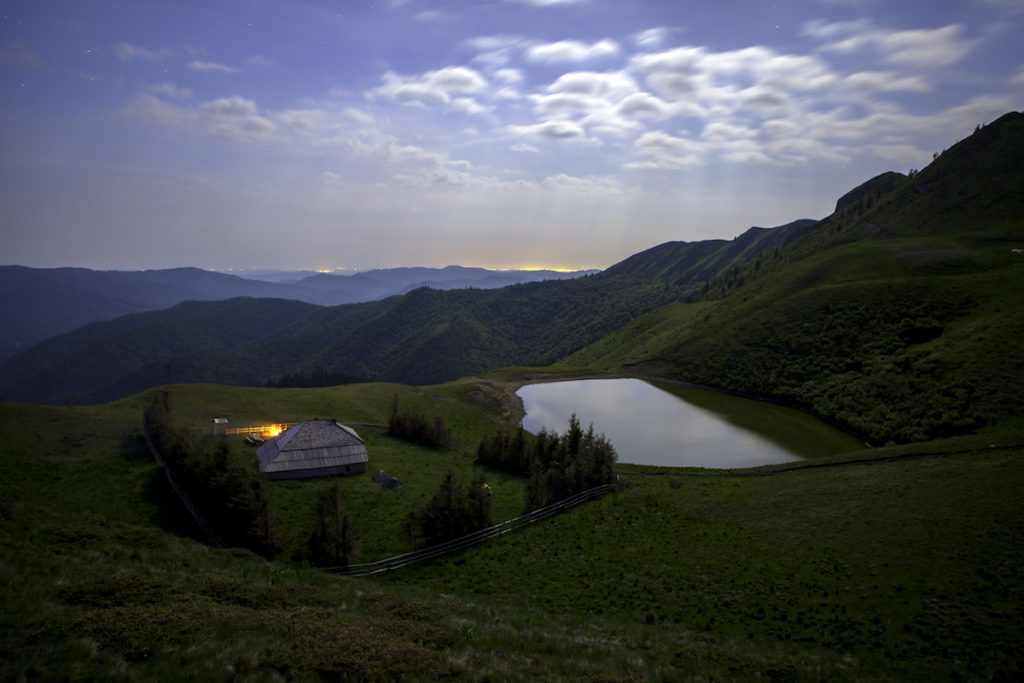 This is a periglacial lake located in the Buzau Mountains, at an altitude of 1,420 m. One of the legends of Vulturilor Lake (the Eagles’ Lake) says that eagles used to come here to draw strengths, as the lake’s water made them younger and stronger, and to teach their chicks how to fly.

Some locals avoid swimming in Vulturilor Lake, as they believe there is a dragon living at the bottom of the lake. Another legend says people built a road under the lake during World War II to mislead the German Army, and the tanks that entered that road never returned to the surface.

There is yet another legend, according to which the inhabitants of villages nearby threw their valuable belongings in the lake, trying to keep them safe from the Tatars who knew these people were rich. They wanted to take the objects out of the lake after the invaders passed but there was nothing in the lake anymore.

The lake can be reached by foot or by 4x4 car. However, tourists are recommended to find a guide for a trip to this place. The nearest town is Siriu.

The Sphinx in Bucegi Mountains 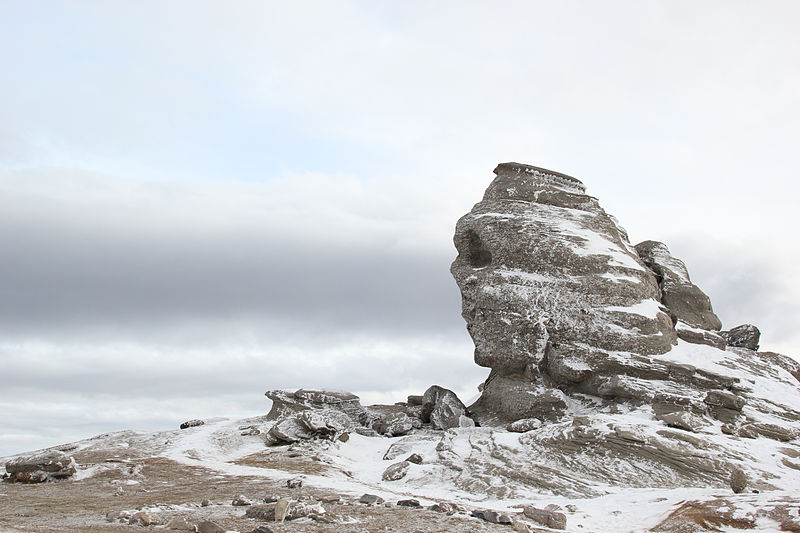 The Bucegi Mountains are among the most mysterious places in Romania, some of their stories being connected to the secret underground tunnels, paranormal trails, and even places where gadgets seem to go crazy. One of the most impressive natural monuments in Romania can also be found here. The monument is called The Sphinx due to its shape that resembles the human face, the shape resulting from wind erosion produced over a long period of time. However, its shape has fueled the imagination of many people, with some even saying that it was built by extraterrestrial beings. Meanwhile, others say there is a tunnel linking this Sphinx to the famous Sphinx in Egypt, while some people believe the Dacians built the monument as a tribute to god Zalmoxis.

Together with another strange rock formation nearby, the Babele, the Sphinx in Bucegi Mountains is also a place of pilgrimage at the end of November, on the 28th. On this day, people go up to the famous Sphinx hoping to see how the sunlight builds an “energy pyramid” around the rock formation. Some said that the strange pyramid of light cured them of their diseases.

The easiest way is to take the cable car from the town of Busteni, in Prahova Valley. Busteni is a popular mountain resort among Romanians, being located at some 135 km from Bucharest. 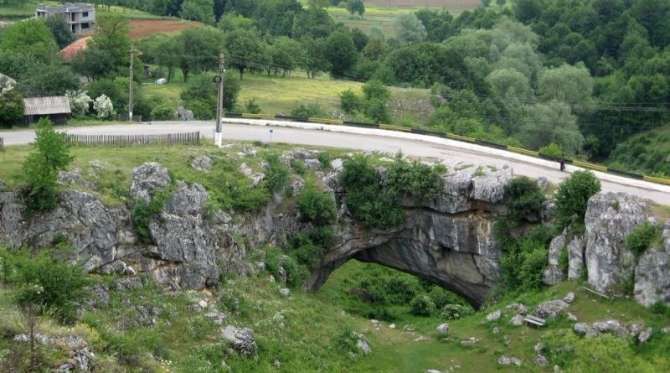 This is a natural bridge in the village of Ponoarele, Mehedinti county, which formed when the ceiling of a cave collapsed. The bridge is actually a 4 m thick rock arch, with an opening of 25 m and a length of 50 meters.

The legend says that the Devil lived in Ponoarele Cave. The locals asked God to chase him away, and God decided to listen to their prayers and hit the cave ceiling with His palm. The ceiling collapsed and blocked the cave’s entrance. But the Devil escaped through the other entrance and climbed on the rock that is now called the Devil’s Rock, a place from where he guards the people who enter the cave.

Another legend says that God built the bridge for Saint Nicodim to pass to Tismana, after villagers chased him away from the village, accusing him of theft. Father Nicodim was seeking a waterfall that appeared in his dreams, above which he had to build a monastery. He went from Ponoarele to Tismana, and built there the Tismana Monastery.

God’s Bridge is located on the DJ 670 road linking Baia de Arama and Drobeta Turnu-Severin, close to the City Hall of Ponoarele. 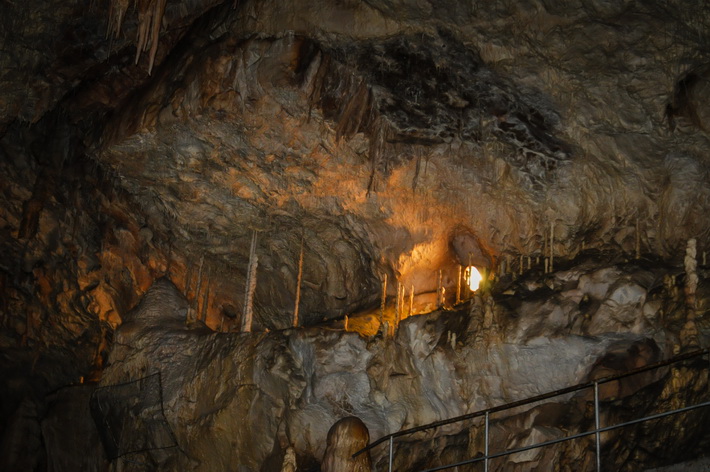 Ursilor Cave (the Bears’ Cave) is among the most beautiful in Romania. It is located near the village of Chiscau, Bihor county, and was accidentally discovered in 1975. In 1980, after five years of exploration and design, the cave opened for visitation. It received the name after skeletons of cave bear were discovered on the site in 1983.

A legend says that over 100 hungry bears got trapped in the cave after a huge rock blocked the entrance. The animals ended up attacking and killing each other, until all of them died. Another legend speaks of dragons with fantastic powers that once lived in the cave. 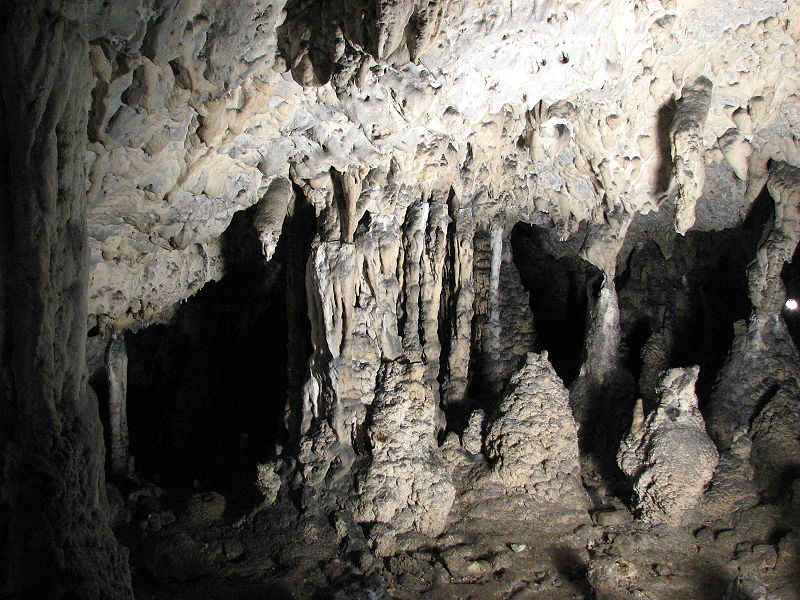 The Muierilor Cave (Women’s Cave) in Gorj county is one of the most spectacular caves in Romania. It has a length of approximately 7,000 meters, four levels, and was the first electrified cave in Romania.

It is also connected to several legends, such as the one according to which many women and children were hiding here when their men were going to battles of ancient times. It is also said that the women who can’t have children can get pregnant after going to this cave.

The nearest commune is Baia de Fier. The distance between the cave and this commune is of 2.2 km so tourists can choose to walk to the Muierilor Cave.