Skip to main content
Business
Report: One building permit for each 7 km of motorway built in Romania 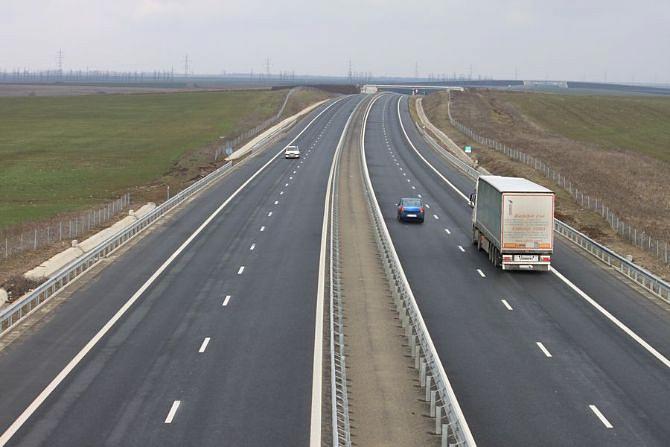 A report drafted by the European Court of Auditors (ECA) highlights the significant delays in several major infrastructure projects in the European Union (EU), including the A1 highway in Romania. The motorway, which should connect the capital Bucharest to Romania’s western border, is unlikely to be completed by 2030, according to the report, quoted by G4Media.ro.

One of the causes of the delays recorded in this project is the high bureaucracy hindering its efficient implementation. “In Romania, the 582 km-long A1 motorway is being planned and implemented in the form of a large number of small projects. Permits need to be obtained for each of these parts. We calculated that one building permit is required per 7 km of motorway, and one environmental permit per 26 km,” reads the ECA report.

The document also mentions the significant consequences of such delays. “Traffic that will in the future use the A1 motorway in Romania is currently still forced to use national two-lane roads. This situation produces significant negative impacts, such as daily traffic jams, bottlenecks, and reduced road safety. By comparing the number and type of accidents over time, we noted that the number of accidents and casualties on these stretches is much higher than Romania’s average, and 92 of them involved frontal collisions.”

The report also addresses the project’s inefficient implementation. “For example, in Romania, between Lugoj and Deva, one completed stretch of the A1 motorway, co-funded with EUR 12.4 million of EU money, is currently not being used. Near Deva, two road sections, built in a time span of just seven years, were wrongly interconnected. As a result, 800 meters of the already constructed motorway had to be demolished to rebuild the connection correctly. In addition to the part that had to be rebuilt (estimated to involve EUR 3.2 million of EU co-funding), the demolition works cost EUR 0.9 million, of which the EU co-funded EUR 0.5 million. The EUR 3.7 million of EU money spent this way can be considered wasted,” the European Court of Auditors concluded.

Romania’s A1 highway, one of the country’s essential infrastructure projects, still misses its middle part, between Pitesti and Sibiu. This highway segment has been long delayed due to the challenges it poses, as it has to cross the Carpathian Mountains. The easier sections of the Sibiu-Pitesti highway have been auctioned, but the more difficult ones are still in the planning phase.