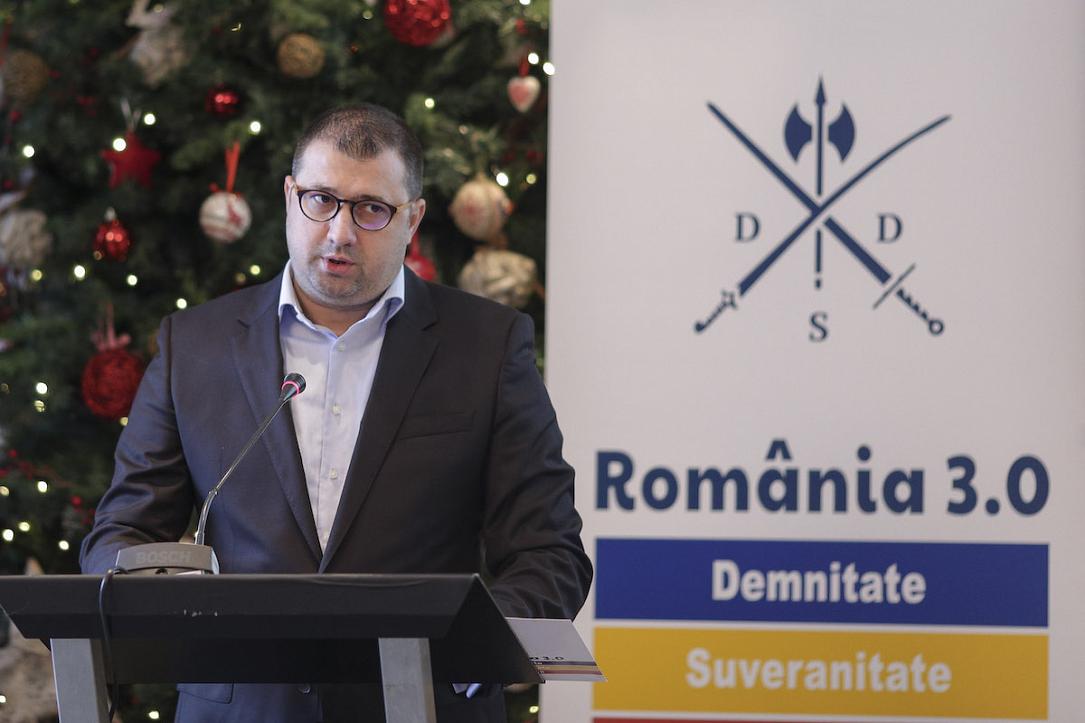 Daniel Dragomir, a former colonel of the Romanian Intelligence Service (SRI), who recently founded a political movement called Romania 3.0, launched on Monday evening the idea that Romania should exit the European Union (EU).

He did this in a Facebook post after the hearings in the European Parliament’s Committee on Civil Liberties, Justice and Home Affairs (LIBE), in which Frans Timmermans, the first vice president of the European Commission, criticized the justice reform undertaken by the current ruling coalition in Bucharest. Dragomir’s post also includes a logo for ROEXIT, which may suggest that this theme may has been prepared in advance, according to G4media.ro.

The main arguments Dragomir uses to support his proposal are similar to those used by similar initiatives in other EU countries. “Romanians decide alone Romania's policy as a sovereign state,” is one of the ten points in his post. “It’s the Romanians’ right to choose how family is defined in the Constitution. As we didn’t lecture you when you allowed all the nonsense, a little decency wouldn’t hurt,” or “we pay taxes to the EU more than we get from the EU as EU funds”, are also among his arguments. He also argues that companies in the EU have been getting all the contracts and have bought all there is to buy in Romania while the European politicians talk about the corruption in Romania. At least one of his statements is false as Romania has received more money from the EU than it has paid since it became a member in 2007.

“It’s about time to think seriously what is better for Romania. We have humiliated ourselves enough for Mr. Timmermans’ salaries and benefits. Don’t you think you have robbed us enough to still lecture us?” Dragomir wrote in his post, which gathered 1,400 likes and over 700 shares.

The Bucharest Court sentenced Daniel Dragomir to a suspended one-year prison sentence, in December 2016, for forgery. He was also held in September 2016 in the Black Cube case, related to the harassment of former chief anticorruption prosecutor Laura Codruta Kovesi. In the last two years, Dragomir has been one of the main sources of information in Romania about the so-called “shadow state” and the connections between the Romanian Intelligence Service (SRI) and the National Anticorruption Directorate (DNA) and other judiciary institutions. His revelations about alleged abuses of SRI and DNA have often been used by politicians in the ruling coalition to justify their initiatives to change the justice laws and criminal codes.

His launch of the ROEXIT idea comes as the leader of the ruling party in Romania, the Social Democratic Party (PSD), Liviu Dragnea is increasingly upset with the critics received from the European Commission and members of the European Parliament on justice reform and the violent incidents in Bucharest on August 10. The PSD leader has been claiming lately that the August 10 protest has been an attempt to overthrow the current government, financed by external forces.

Dragnea intervened live in a talk show at Antena 3 news station on Monday evening to say how disappointed he was with Frans Timmermans’ statements about the justice reform in Romania. He also brought into question the matter of the referendum for redefining family in Romania’s Constitution, although the EC official only marginally referred to this during the LIBE Committee hearings. “I really don’t think that first vice president Timmermans can tell the Romanian people how to vote in this referendum. I don’t think that anyone in the European Union can tell the Romanian people how to define marriage in their Constitution,” Dragnea said at Antena 3. “I say we must fight for these rights. We mustn’t march on the idea of politically correctness only to look good at whatever higher authorities. If we don’t think seriously about the future of this country and the future of this nation, we can also keep our heads down. I am not willing to do this,” he added.

The theme of the referendum for family in Romania was only marginally tackled by Timmermans when he received a question about this from a MEP. He said that the European Union doesn’t have competences in this area as family legislation is a matter that the member states decide for themselves.

“I just want to make a general remark, referring not only to Romania. I am a man that strongly believes in family values. I am husband and a father of four. But I wouldn’t want family values to be used as weapons to justify homophobia,” Timmermans said, according to Agerpres.

Romania's former technocrat prime minister Dacian Ciolos, the founder of the Romania Together Movement (RO+), said the launch of the ROEXIT campaign is part of a plan on which the ruling coalition in Romania has been working for some time. He added that PSD must be stopped from taking Romania out of the EU.