Wildcat spotted in a forest in eastern Romania 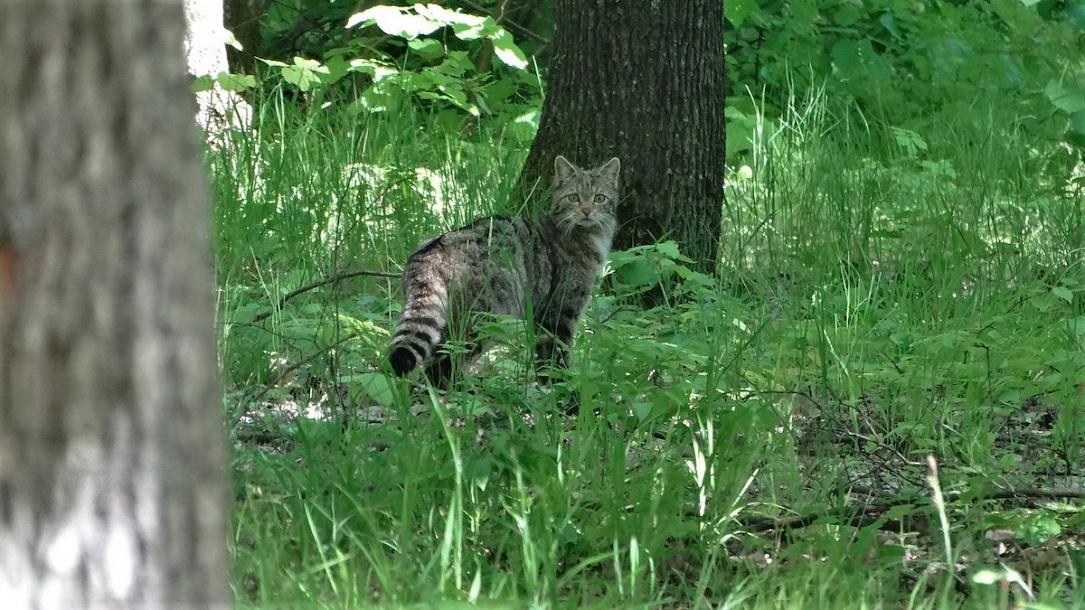 A wildcat was photographed in a forest in Vaslui county, eastern Romania. These animals are rarely seen by humans in their natural habitat, as they usually hunt at night.

The pictures were taken in a forest managed by the Vaslui Forest Directorate of Romsilva.

“A rare encounter with a beautiful specimen of Felis silvestris - the wildcat, a female that, given her appearance and behavior, has probably just become a ‘mother’,” the Romanian forest management company Romsilva said on Facebook.

The wildcat, which looks like a domestic cat, is a solitary animal that usually hunts at night and thus is rarely spotted in its natural habitat. It feeds on small mammals and birds.