Central RO: Sibiu Christmas Market to open at the end of the month 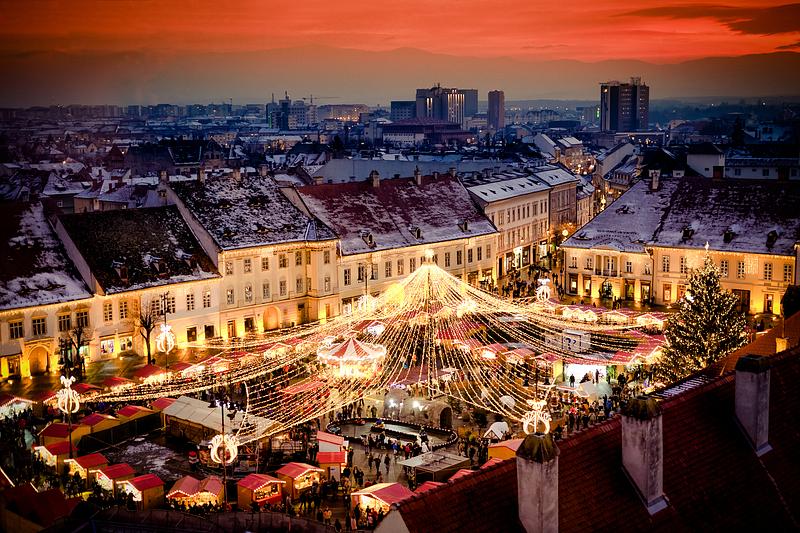 Sibiu Christmas Market, one of the most visited in the country, is scheduled to open on November 26.

The event, a major tourist draw for the city, wasn’t held last year because of the pandemic. It will be open until January 2.

This year, access will be made based on the Covid-19 pass. Under current regulations, there will be a limit on the number of people that can enter the market at a given time to prevent crowding, the organizers said.

There will be no concerts this year, but attractions such as the panoramic wheel, the skating rink and the video projections on the buildings in the city’s Grand Square (Piaţa Mare) will be available, Andrei Drăgan Răduleț, the organizer of the fair, announced.

“We reduced the number of stalls by approximately 30% and increased the available area. Some elements, which took up a lot of space, like the children’s train, have been eliminated […] Some visitors will have less to see, but for the rest there will be more space available,” he said, quoted by Mediafax.

Concerts are not allowed in venues not specifically meant for this, but the market will have background music, he explained.

The Sibiu fair also partnered with the City Hall for a Covid-19 vaccination campaign. Between November 12 and November 21, Santa’s House in the Grand Square turns into a vaccination center, the sixth open in the city, the Sibiu City Hall announced.

In Bucharest, mayor Nicuşor Dan said a Christmas Market could be organized in the University Square if the epidemiological situation allows for it. A private operator would organize the event, and the municipality would recover the costs of holding it from renting, he explained at a press conference on November 11, News.ro reported.