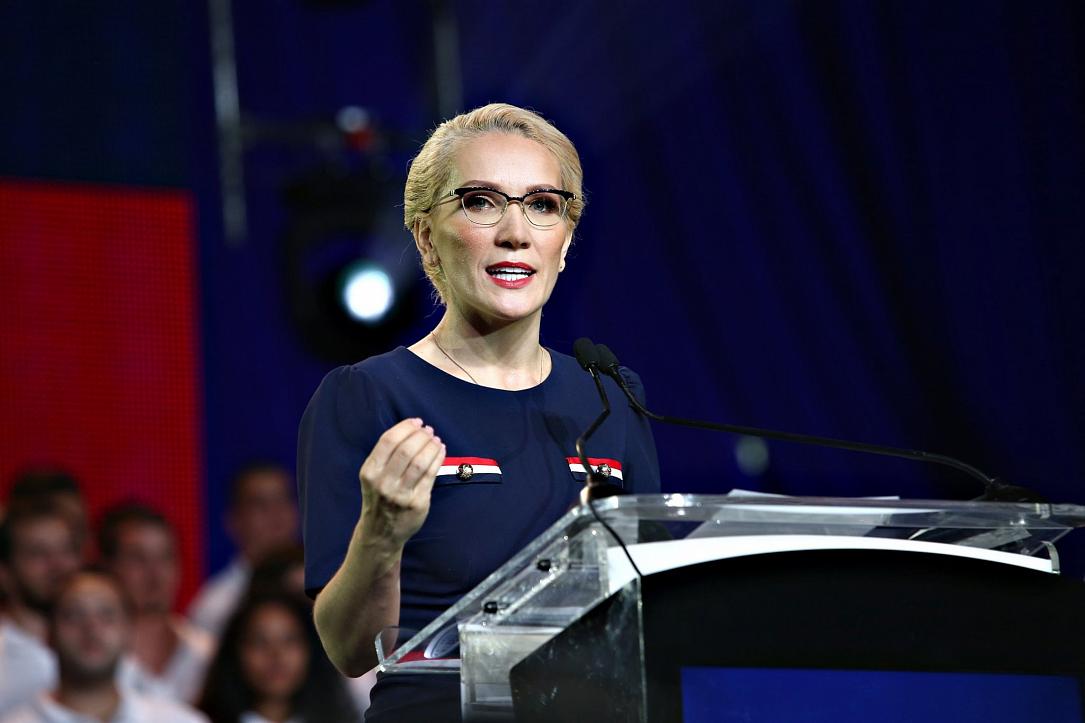 One of the candidates aspiring to become president of Romania managed to stand out from the rest with a statement she made in a TV show.

“We are, together with Russia, part of NATO, and we need to continue the bilateral exercises and the NATO exercises, on the military side,” Ramona Ioana Bruynseels said in a TV show at Digi 24 news station when asked how she sees Romania’s relations with its Eastern partners.

While Romania is indeed part of NATO and has been hosting NATO military exercises, Russia is one of NATO’s main opponents. Moreover, Russia has often criticized Romania’s decision to host a US and NATO anti-missile defense system at the Deveselu military base and even suggested Romania would be a target in case of a conflict between NATO and Russia.

Ramona Ioana Bruynseels, who worked as an advisor in the cabinets of Viorica Dancila and Mihai Tudose, runs for president with the support of the Humanist Power Party – PPU, founded by controversial Romanian businessman Dan Voiculescu, the owner of the Antena 1 and Antena 3 TV stations. Voiculescu served almost three years in jail for corrupting public officials in the privatization of a research institute in Bucharest.

Ramona Ioana Bruynseels, 39, is the wife of Dominic Bruynseels, a British executive who managed BCR, the second-biggest bank in Romania, and First Bank, a local lender owned by American investment fund JC Flowers.