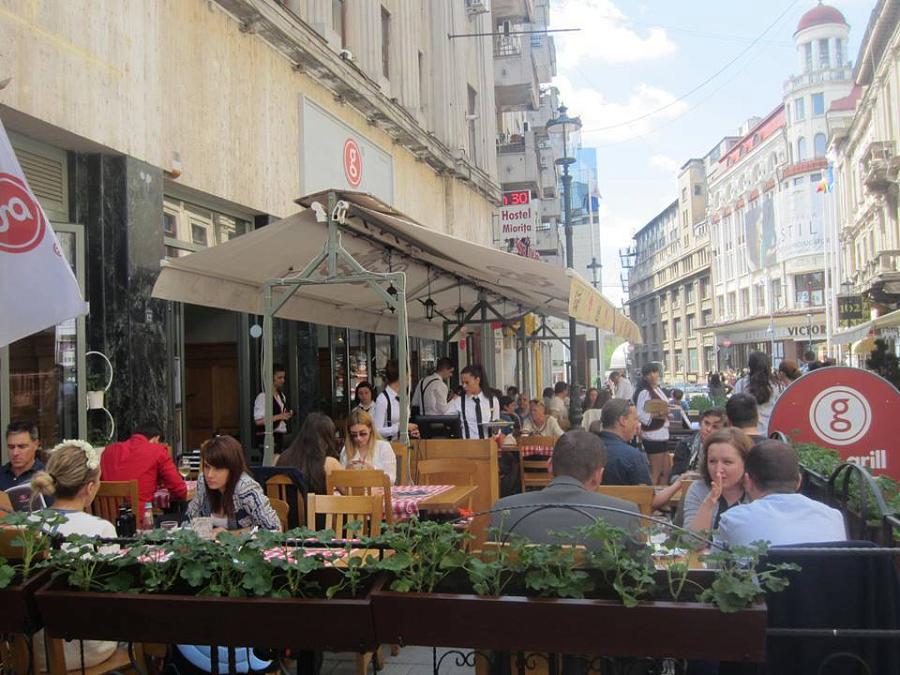 The City Grill restaurant on Lipscani Street, one of the biggest restaurants in Bucharest’s Old Town, closed down last week after a law entered into force in Romania that doesn’t allow shops, restaurants and other commercial spaces in high seismic risk buildings.

City Grill Centrul Vechi was located at the ground floor of a building on Lipscani Street, at number 12. The building, which has five levels, was built in 1898 and has a red dot, which indicates the highest risk in case of a strong earthquake.

According to an announcement on the door, the restaurant will “relocate” to Covaci Street at number 19, in the other side of the Old Town, where City Grill opened a new unit last year. 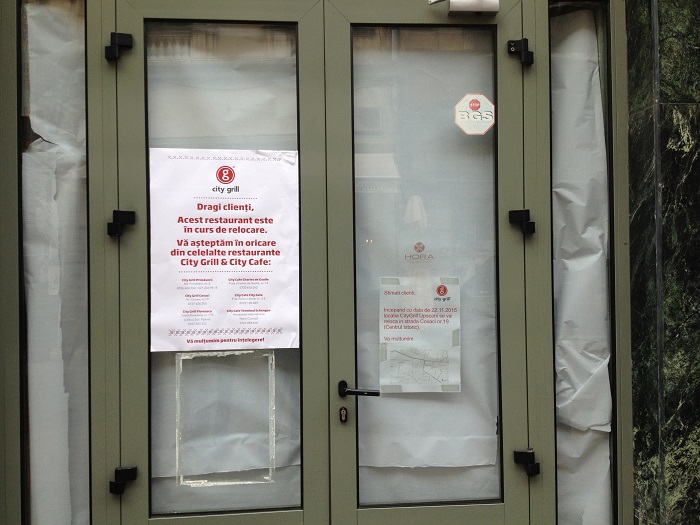 The City Grill restaurant on Lipscani was opened about 10 years ago and was one of the busiest in the Old Town as it drew in not only tourists but a lot of corporate employees working in the area.

The group also closed down its Trattoria Buongiorno Italian restaurant on Franceza Street no. 52, which was also located in a high seismic risk building.

The restaurant group, which is controlled by Romanian entrepreneur Dragos Petrescu, has three more City Grill restaurants open: one in the Old Town (Covaci 19), one in Primaverii, and one in Floreasca. The group owns two more restaurants under the Hanu’ Berarilor (Brewers’ Inn) brand, five Italian restaurants under the Buongiorno brand, and three City Cafes. The group also operates the Caru cu Bere restaurant in the Old Town, one the oldest and most famous in the area, as well as the Hanul lui Manuc (Manuc Inn). It also operates the Pescarus Restaurant in Herastrau Park.

The City Grill and Trattoria Buongiorno restaurants are among the few units that were closed after the new law was enforced. Many places in the Old Town still operate, although they are in the same situation. Among the clubs and restaurants located in high seismic risk buildings are Club A, Club Fire, Biutiful, and Godot Café. Famous cinemas CinemaPRO, Patria, and Studio, as well as Nottara Theatre, are in the same situation. 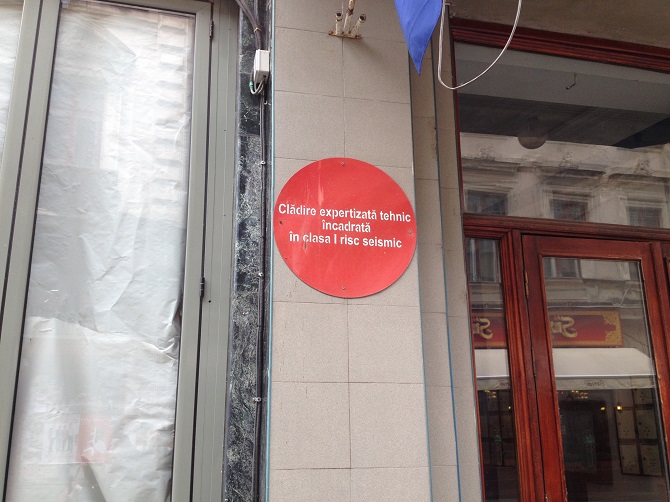 A total of 54 restaurants, bars and clubs, 4 theatres and cinemas, 7 banking units, 5 drug stores, 4 art galleries, 13 medical clinics and beauty salons, and 63 shops are located in high seismic risk buildings, according to a research by local news site profit.ro. All these units should be closed after the new law was enforced. The sanction against those who don’t respect the new law is a fine between EUR 11,000 and EUR 16,000 plus the cancellation of their permits.

The units may reopen only after consolidation work on these buildings is done.