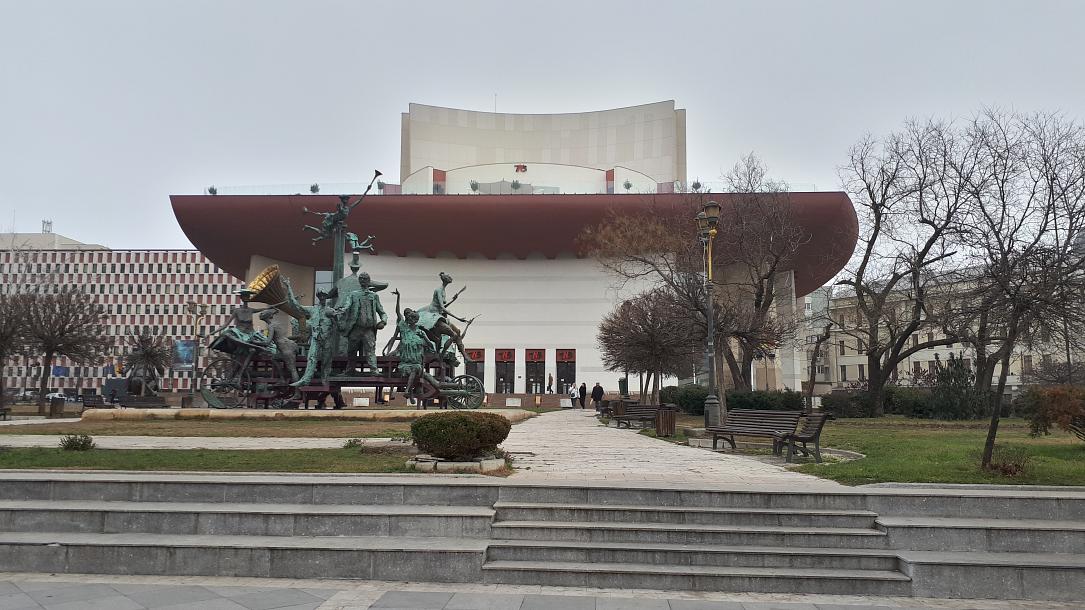 An agenda filled with cultural, sports and business events is not unusual for a capital and Bucharest is no exception. The year 2020 brings concerts of international stars, the newest productions awarded at international film festivals, local editions of European events and many others, in a consistent and diverse offer.

The 2020 musical year looks rich in events, festivals and concerts, something the Bucharest public has already gotten used to. A much-awaited concert is that of Canadian singer Celine Dion, who will perform for the first time in Romania and in Bucharest on July 29.

An event that has built a tradition is Bucharest Jazz Festival, the only international jazz festival in the city, which offers free entrance and an open-air format. The event takes place in the George Enescu Square and its stage habitually hosts established names and representatives of the young generation of performers from North and South America, Europe and Asia. In time, the festival’s lineup included jazz artists such as Jan Garbarek, Gonzalo Rubalcaba, Lars Danielsson, Branford Marsalis Quartet, Kurt Elling, Terence Blanchard, Roy Hargrove, Lee Konitz, Trilok Gurtu, Kenny Werner, and Stanley Jordan.

After another successful edition of the George Enescu Festival in 2019, this year it is the turn of the George Enescu International Competition (August 29-September 20), an event that casts the spotlight on the young talent of classical music. The year 2020 is dedicated to the anniversary of 250 years since the birth of Ludwig van Beethoven, and local orchestras have already announced a program of dedicated events, among them the Radio Chamber Orchestra and the Orchestra of the George Enescu Philharmonic.

At its fourth edition in 2019, HeyDay Music Festival is another festival that is well received by the public. The event, which took place last year in Izvor Park, is dedicated to tribute bands and offers free entrance to all of the activities in the program. At the same time, a new festival has been added to the program of events in the city: Saga Festival. The event is dedicated to electronic music and the lineup already announced includes Tiesto, Alan Walker, Sam Feldt, Sigala, Disclosure, Don Diablo, Faithless DJ set, Marshmello and Meduza.

The offer of theater performances in the city is a rich one, with many initiatives and independent projects that draw the interest of the public. Among the major events that take place throughout the year are the National Theater Festival (October), which showcases local and international productions, and Undercloud, an event dedicated to independent productions. Other events that are popular with both children and adults are B-Fit in the Street! – Bucharest International Street theater Festival (June/July), which brings color, parades on stilts and acrobatics shows to the downtown streets of the city, and the International Festival of Living Statues (June), organized by Masca Theater.

Spring can be a good opportunity to see the city in a new light, on the occasion of the International Light Festival Spotlight (April). It is deemed the largest festival in Romania dedicated to light and light-based technologies and it covers a series of installations, video-mapping projections and architectural lighting projects of local and international artists. The main route of the festival is alongside Calea Victoriei, which hosts many surprises attracting a numerous public at every edition of the event. Another major video-mapping event is iMapp Bucharest, which takes place as part of Bucharest Days (September), and event marking the city’s anniversary with an extensive program of concerts, exhibitions, workshops and many more.

Not to be missed are the main book fairs organized in Bucharest: Bookfest (spring) and Gaudeamus (fall). Both are good opportunities to get up to speed with the editorial novelties and to meet local and foreign authors invited at the events organized by the two fairs.

Film fans always have a rich offer of events, from premiers to various festivals. The largest film festival in the country, Transilvania International Film Festival (TIFF), which takes place in Cluj-Napoca, presents a selection of films in Bucharest as well. At the American Independent Film Festival (April – May), the public can see fresh, independent North-American productions presented or awarded at large film festivals. The event brings to Bucharest special guests and, at previous editions, they included actors such as Ethan Hawke, John C. Reilly, Joaquin Phoenix and Sebastian Stan.

During the fall (October), Les Films de Cannes a Bucarest showcases the newest productions awarded at the prestigious Cannes Film Festival. Besides events dedicated to the local film industry, the event offers the wider public the opportunity to take part in Q&A sessions with well-known directors. Among the guests of the festival so far were Olivier Assayas, Asghar Farhadi, Gaspar Noe, Carlos Reygadas, Andrey Zvyagintsev, Amat Escalante and Claude Lelouch.

During summer, a special spot in the city is the Film Garden, in the area of the Lahovari Square. It is a place where the public can see, for free, well-known films, older or newer. A Night of the Romanian Film or Night of the European Film are also held here, alongside concerts and stand-up comedy shows.

The patrimony of Bucharest museums can also be seen at the Night of Museums, one of the most popular cultural events in the city, where the view of long queues of people waiting to enter a museum is a common one during the night of the event. A Night of the Art Galleries also takes place, allowing the public to discover the contemporary art curated and displayed by the galleries in the city. Furthermore, Art Safari (May 15-May 24) showcases masterpieces of Romanian art as well as international works, in a complex program which also includes a section dedicated to children.

Those who prefer the active relaxation can take part in several events organized in the city, among the largest ones being the Bucharest Half Marathon (May 9-10) and the Bucharest Marathon (October 10-11). Both events include various race options and sections dedicated to the youngest participants and to athletes with disabilities. Another event for runners, which focuses less on race times, is Color Run (April 25), where participants run through clouds of colored powder.

Sports wise, this year will be the year of EURO 2020. In June (14, 18, 22, 29), the Capital will host, at the National Arena, four EURO 2020 matches, besides many other activities and events dedicated to supporters and visitors. A fan zone (open between June 12 and July 12) will be set up in Constituției Square and competitions for supporters and tourists will take place daily. At the same time, the public will be able to enjoy concerts, a gastronomy area and will be able to watch the matches on screens set up in the area.

The year that has just started also means many business events, which are set to bring to Bucharest international personalities from various areas. For instance, this year’s edition of the event Brand Minds (May 4) will count among its guests author and journalist Malcolm Gladwell, known for books such as Outliers, What the Dog Saw: and Other Adventures or Blink: The Power of Thinking Without Thinking. Another speaker at the same event will be Tara Westover, the author of the best seller Educated, which traces her journey from the childhood in a Mormon family, where she did not benefit from schooling until she was 17 years old, to studying at prestigious universities such as Cambridge and Harvard and receiving a doctorate. At Brand Minds the public will also get to see CNN journalist Richard Quest, theoretical physicist Michio Kaku, Amazon CTO and VP Werner Vogels, entrepreneur Gary Vaynerchuk, and marketing expert Martin Lindstrom.

As it happens each year, Bucharest will also host many events dedicated to the IT industry and digital, among them Bucharest Technology Week, DevTalks Bucharest, GoTech World (September 30– October 1) and How to Web (October 28 – 29).

A well-known destination for business events in the capital is Romexpo. This is where many events take place, among them the Bucharest Motor Show – SIAB (March 20-29), the antiquities and art items fair Antique Market (a first edition is scheduled for April 9-12), the international trade fair for consumer goods TIBCO (May 28-31), the international furniture fair BIFE – SIM (September 17-20), besides many other events dedicated to specific industries, trends or audience segments. The Romexpo exhibition space also hosts events such as Baby Boom – a fair for children up to 7 years old and moms to be (March 5-8), the Bucharest International Nautical Show (March 26-29), the pet exhibition Pet Expo (April 24-26) or several edition of the wedding fair Ghidul Miresei/ Bride’s Guide (a first edition is scheduled for February 21-23). The updated calendar of the events taking place at Romexpo is available at romexpo.ro.

Many events offer discounts for early-bird ticket purchases. These are announced on the sites of the respective events or on the websites of ticketing operators.

Free-entrance events can attract a numerous public. It is a good idea to arrive early in order to secure a spot. Furthermore, for the concerts taking place in downtown Bucharest, the use of the public transport is advised in order to avoid, as much as possible, the crowded traffic. 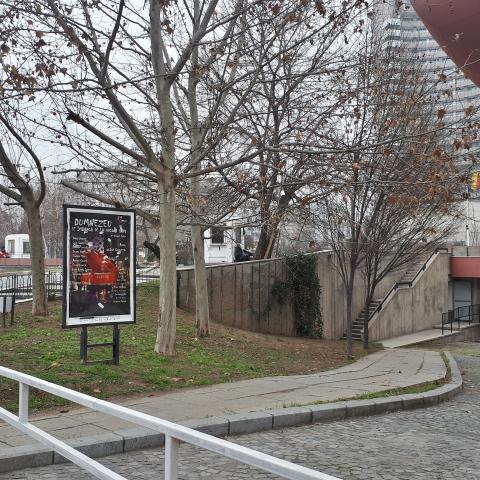 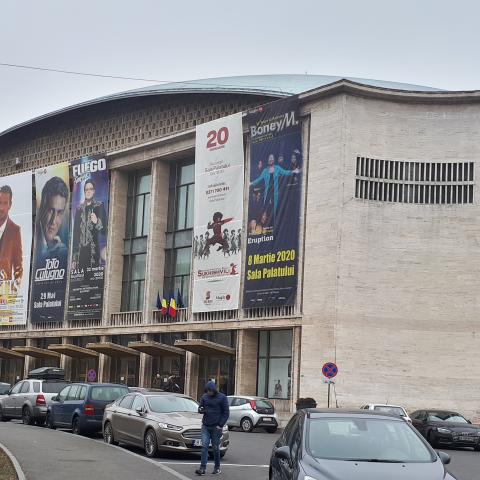 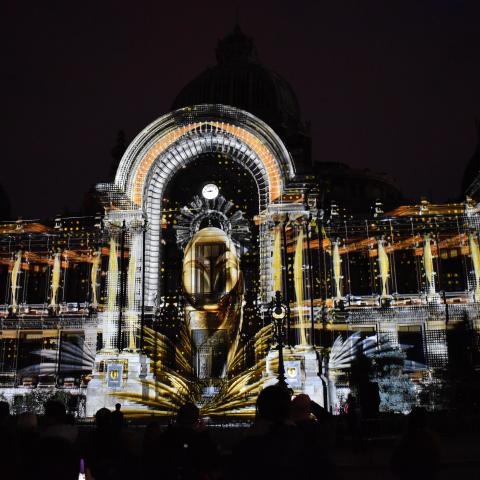 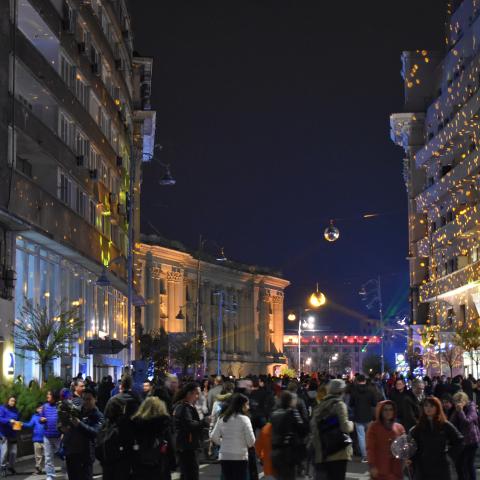 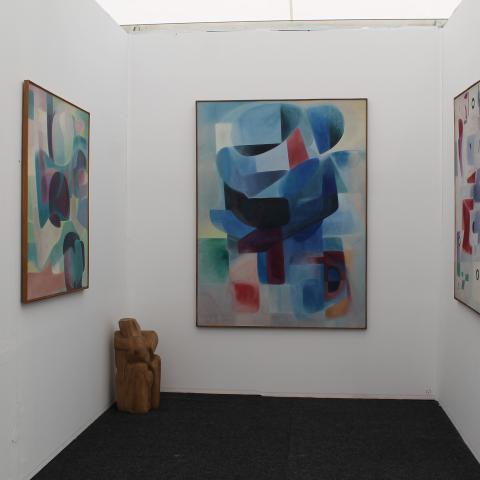 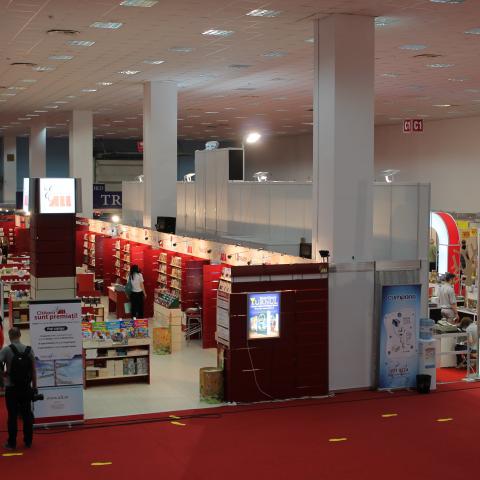