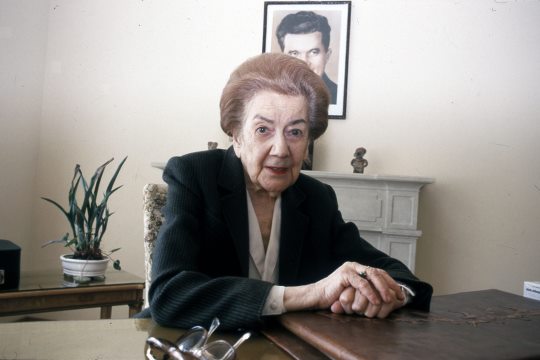 Ana Aslan was a famous Romanian scientist, who has founded the world’s first Institute of Geriatrics. She discovered the first anti-aging remedy, called Gerovital, that has been used in more than 70 countries around the world.

Ana Aslan was born in 1897, in Braila, Romania. Between 1915 and 1922, she studied medicine at the University of Bucharest and she specialized in cardiology, gerontology and geriatrics.

In 1952, she developed the H3 vitamin, also known as Gerovital, a pharmaceutical product for the treatment of the aging process and some of diseases affecting elders. The same year she founded the world’s first Institute of Geriatrics, which later became the National Geriatrics and Gerontology Institute.

In 1980, she invented a new product called Aslavital that was used for prophylactic treatments of cerebral and cardiovascular aging processes, physical and mental asthenia or memory losses.

She also developed the Anti-Aging Cosmetics Lines. The original recipe for the preparation of the cosmetics is still respected today, by Farmec (Romanian Company) that received the rights to produce the Gerovital Cosmetics.

Ana Aslan was a member of The Science Academy of New York, of the World Union of Prophylactic and Hygiene Medicine, honorary member of European Center for Medical Research, president of International Association of Gerontology, and president of Romanian Society of Gerontology.

Ana Aslan died in 1988 in Bucharest. In 2001, the Ana Aslan International Foundation was created and in 2008, the Clinic for Longevity, Healthy Aging and the Prevention of Brain Aging was founded in Bucharest.