Eight exhibitions to see in Bucharest this spring 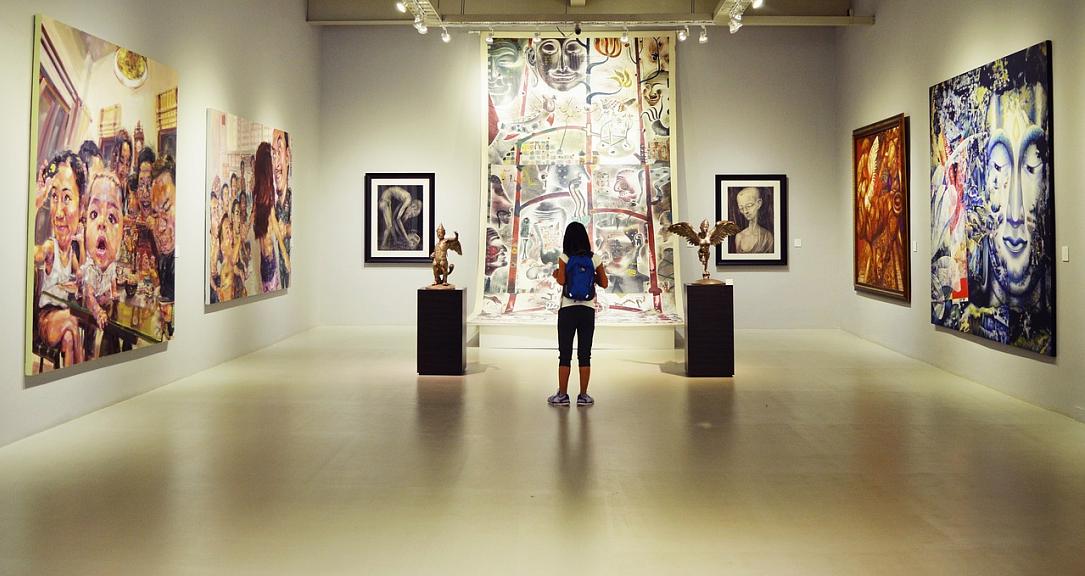 From watercolors included in an art book project commissioned by Prince Charles to Romania-born French artists and corporate collections of contemporary art, here is what some of the exhibitions ongoing in Bucharest cover.

Wildflowers of Romania – A Botanical History

This exhibition aims to bring to wider public attention botanical art, a type of art at the borderline between aesthetics and science. Curated by Irina Neacșu, it brings together paintings from the collection of the National Museum of Art of Romania, watercolors from the museum of the D. Brandza Botanical Garden in Bucharest along some of the prints published as part of the Transylvania Florilegium art book.

The works of Romanian painters such as Nicolae Grigorescu, Ștefan Luchian, Theodor Pallady, Nicolae Tonitza, Theodor Aman, Eustațiu, Stoenescu, Samuel Mützner, Alexandru Ciucurencu and Ion Țuculescu, alongside those of Angiolina Santocono, one of the first botanical artists in Romania, whose works formed the basis of the Botanical Museum of the Bucharest Botanical Garden. While the painters use the flowers to explore color or contrasts, botanical artists focus on their accurate rendition, while bringing a touch of grace to their works.

Visitors of the exhibition can also see selected watercolors from the Transylvania Florilegium, a project initiated by Prince Charles of Wales documenting the wild flora of Transylvania. The works belong to 35 botanical artists from around the world. The Florilegium is the result of a study effort of almost six years, bringing together biologists and botanical artists from around the world. Over 70 artists, designers and craftsmen were involved in the production of the album, which captures the richness of Romania’s natural patrimony and promotes nature conservation.

April 12 - May 5, Wednesday to Sunday, at the National Museum of Art of Romania (MNAR).

French photographer and cinematographer Eli Lotar is probably not as known in Romania as his father, poet Tudor Arghezi, is. However, this exhibition can change this as it sets about to showcase his work and retrace his contribution to the Parisian avant-garde at the beginning of the 20th century.

Lotar was born in Paris but was raised in Romania. He returned to the “city of lights” in 1924 and had his photos published in avant-garde magazines such as VU, Jazz and Arts et métiers graphiques. He also participated in major international exhibitions such as Film und Foto, Fotografie der Gegenwart and Documents de la vie sociale.

His photos and films capture the Parisian night-life with backstage images of the Blackbirds shows featuring Afro-American dancers, the grim atmosphere of hospitals and slaughter houses, urban landscapes of cities demolished during the Second World War as well as Mediterranean landscapes, archaeological sites in Greece, or secluded areas of Spain. Pursuing his interest in cinema, Lotar took part beginning with 1929 in making documentary films and worked with filmmakers such as Joris Ivens or Luis Buñuel. After the war, in 1945, he made Aubervilliers, a poetic documentary about the living conditions in the destitute workers’ housing of the town.

Overall, the exhibition presents more than 150 vintage photographs and negatives, films, book and magazine pages, as well as letters. It is produced by Jeu de Paume and Centre Pompidou, which hosted it in 2017. It is part of the 2019 France-Romania Season.

April 18– July 14, Saturday to Wednesday, at the Art Collections Museum

Species of Spaces – Works from the Société Générale Collection

This exhibition focuses on a number of works from the Société Générale collection, covering recent developments in painting, sculpture, and photography, while reflecting the collection’s diversity in terms of subject matter, media and style or geographical coverage.

The exhibition is conceived by curator Mihnea Mircan and is organized around several drawn from Georges Perec’s 1974 Espèces d’espaces (Species of Spaces), an essay examining the differences between domestic and public spaces, between real and abstract places.

A total of 24 artists are included in the exhibition, while the practice of four of them (Farah Atassi, Julien Prévieux, Danica Dakić, and Florian & Michael Quistrebert) benefit from closer investigation.

A central piece of the exhibition is Pickpocket (pictured above), the aluminum sculpture of young French artist Julien Prèvieux, the 2014 winner of the Marcel Duchamp prize. The work, which went on display at the Pompidou Center in 2015, aims to “steal”, as its title suggests, the original meaning of the shapes used.

The exhibition is part of the France-Romania 2019 cultural season.

April 18– July 14, Wednesday to Sunday, at the National Museum of Art of Romania (MNAR).

Established beginning with 1967, at a time when the audience of contemporary art was relatively limited, the Renault Art Collection is traveling worldwide and this year it is also making a stop in Bucharest, for the first time. 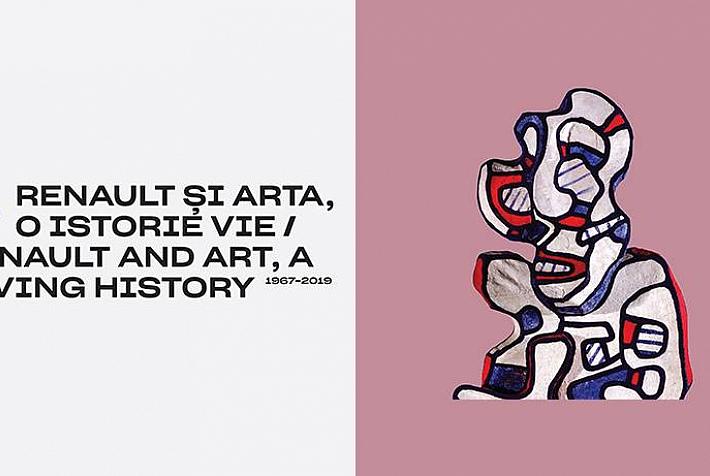 The curator is Ann Hindry, an art historian and director of the Renault Art Collection.

The exhibition is part of the France-Romania 2019 season.

April 19 - July 20, Wednesday to Sunday, at the National Museum of Contemporary Art (MNAC).

This top photo-journalism event returns to Bucharest and will travel to Timișoara and Cluj Napoca. It is part of the yearly World Press Photo international exhibition, which travels all over the world to be showcased in over 100 venues in more than 45 countries. The exhibition showcases “the stories that matter with photography from the 62nd annual World Press Photo contest.”

The winner of this year’s contest, selected from over 78,000 photos taken by 4,738 photographers, was an image by John Moore. It shows Honduran toddler Yanela Sanchez crying as she and her mother are taken into custody by US border officials in McAllen, Texas, USA. The photo, titled Crying Girl on the Border, was taken in June 2018.

May 6 – May 26, Wednesday to Sunday, at the National Museum of Art of Romania

Surrealist theorist and poet Gherasim Luca was born Salman Locker in Romania. He joined the avant-garde movement in his youth and invented cubomania, a method of making collages in which a picture or image is cut into squares and the squares are reassembled without regard for the image. Together with Dolfi Trost, he authored the famous manifesto Dialectic of Dialectic, calling for the preservation of the surrealist movement in a "constantly revolutionary state."

The exhibition covers the diverse visual practices and poetic experiments of Gherasim Luca and retraces his part in the surrealist group of Bucharest. It was part of a project previously presented at the Pompidou Center last year, as part of the France-Romania 2019 cultural season.

April 19 - July 14, at the National Museum of Romanian Literature 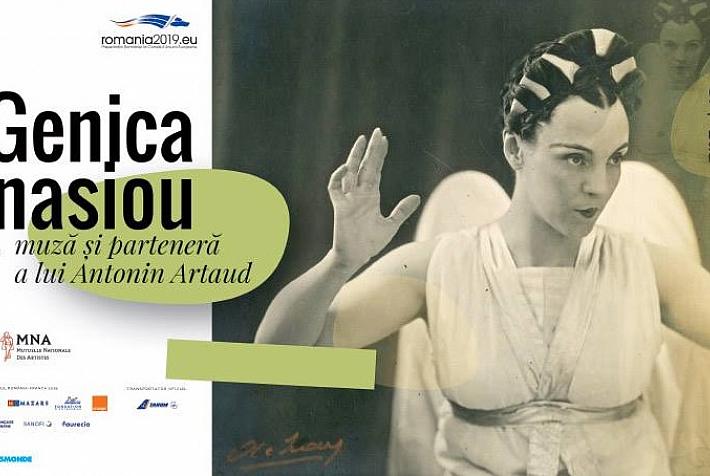 Romanian-born actress Genica Athanasiou had a career of almost 40 years in France, both in film and on stage. Frequenting the same circles as the big names of the Parisian avant-garde, she was a muse and partner of French dramatist, poet, actor, and theoretician of the Surrealist movement Antonin Artaud, and later of French film director Jean Grémillon. Now, this exhibition aims to make her personality known to the local public.

The National Museum of Romanian Literature, which collaborated with the French Institute in Bucharest for the exhibition, also plans to put together a first biography of the actress, under the supervision of Laurence Meiffret, the French researcher who curated the exhibition.

The exhibition looks at the dynamic and evolution of the historic and cultural relations between Romania and France, through manuscripts, archive documents, letters, rare books, drawings and more. It includes, among others, works by the French and Romanian painters Edouard Manet, Pierre-Auguste Renoir, Paul Cezanne, Lucian Grigorescu, Nicolae Dărăscu, Theodor Pallady, as well as the notebooks of Queen Elizabeth of Romania or letters written by Romanian ruler Alexandru Ioan Cuza to Napoleon III.

The exhibition is part of the France-Romania 2019 season.

April 19 – May 17, at the Library of the Romanian Academy

For more on the permanent collections or temporary exhibitions Romanian museums have in store be sure to check the program of the White Night of Museums, scheduled for May 18.