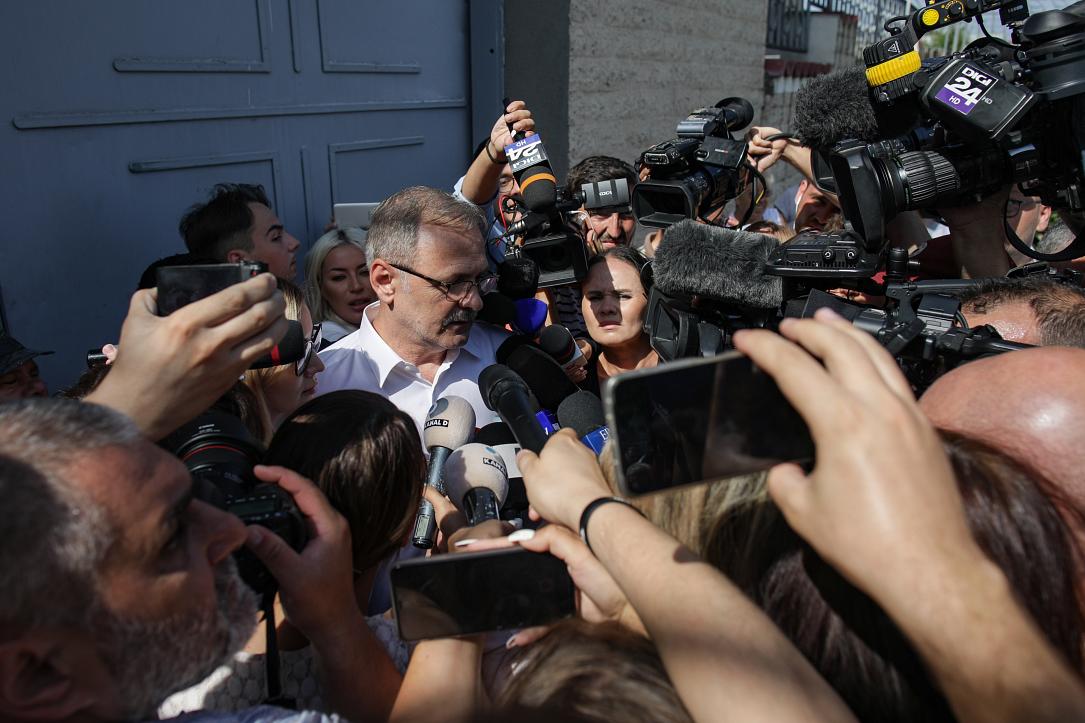 Romania "is a dictatorship", and the Social Democrat Party (PSD) is headed "by cowards," former Social Democrat leader Liviu Dragnea said immediately after he was released from jail on July 15.

Dragnea, the former leader of PSD, was released from prison after the judges from Giurgiu Court admitted his parole request. The Court's decision is final.

Dragnea was released after serving 26 of the 42 months given by the Court for having arranged that the county's Social and Child Protection Service hire two women who were, in fact, working at the PSD office. Other lawsuits involving Dragnea are in the pipeline, though.

Asked if he contemplates a comeback in politics, Dragnea expressed disappointment with the people, in general. "Only if I have the right partners and only if I have for whom," he said, quoted by G4media.ro.

But his rhetoric is implying the opposite: he said he considers himself a political prisoner and praised himself for not admitting the wrongdoing until the very last moment: "after two years of torment and suffering, abuse and humiliation [...] most of the people understood why I had to get here. When I entered here [in jail], Romania was a prosperous country, which had hope. Unfortunately, it is now a ferocious dictatorship, a country where freedom of expression is in danger," he said.