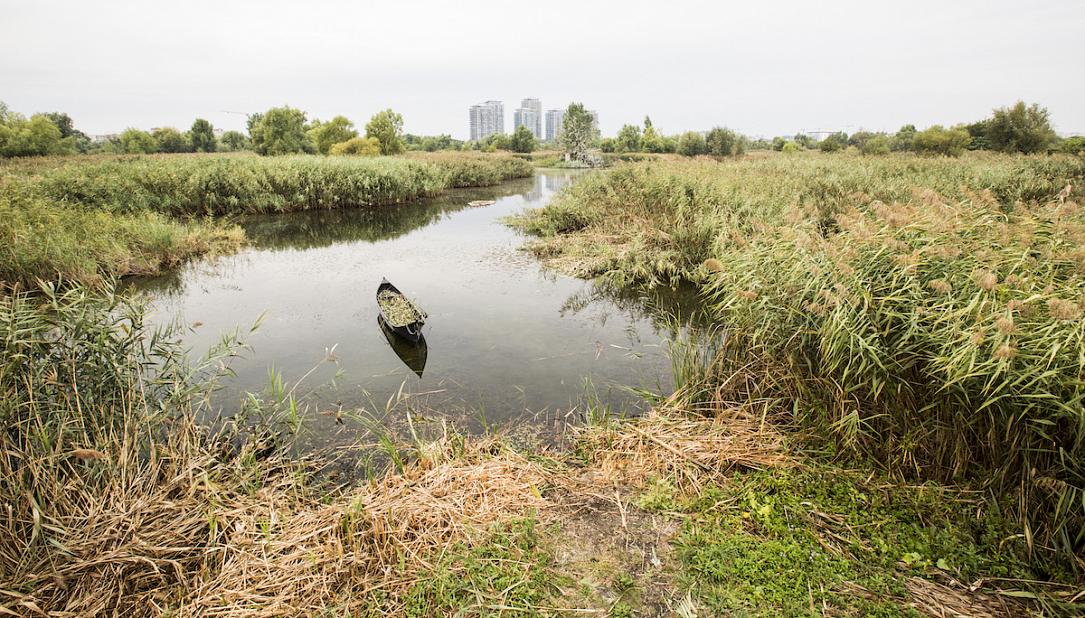 Bucharest’s approximately 2 million inhabitants enjoy a large number of green public spaces, including parks and gardens. Not far from the crowded downtown, while people were focused mainly on their day-to-day activities, Nature reclaimed an abandoned space in the Văcărești area. Today, in this place, the Văcărești Nature Park, which has been dubbed “Bucharest’s delta,” awaits nature enthusiasts with a large variety of plants, animals and insects.

When you take the first step on the concrete dam surrounding this nature park, no matter where you look, the size of the park comes as a surprise: 184 hectares of green space, lakes and quietness. All surrounded by blocks. You may hear around you or maybe you’ll be the one exclaiming: “Wow! This is so big!”

Regardless of which you choose to enter it, the park does surprise with its unknown and unexpected. We are about 3 km from Unirii Square, a noisy central area with high traffic during the day. Văcărești Natural Park, the only natural urban park in Romania, is an oasis of peacefulness and also a good place to go back in time: there is a concrete dam surrounding it, which brings to mind the plans that the communist regime had in the area. There should have been an artificial lake here.

There are two marked entrances to the park. We enter from the parking of a residential complex with tall buildings, whose silhouettes are visible on the horizon from inside the park, framed by vegetation.

We pass by an informative sign that directs visitors to the entrance and climb up a few small stairs. Once up on the dam, the contrast between urban and natural is striking. Just like us, most visitors stop here for a few seconds, taking in the wonder, before descending to the other side of the dam and enter nature’s territory.

We take the first steps on the Path of Biodiversity (Poteca Biodiversității), the trail that goes to the heart of the park and connects with the other thematic trails here. More than 50 years ago, the former Glădiței street was right where this trail is today. That was before the communist regime started expropriations for the artificial lake project. Back then, there were houses, unpaved streets and large gardens here. Today, concrete remains of former homes can still be seen on the edges, partially taken over by vegetation.

After the fall of communism in 1989, the project was abandoned and all activity in this area stopped. Văcărești remained nothing but a grey place. Only mud as far as the eye could see. Homeless people and stray dogs found a place to live here. As many as 200 people were living here at some point. Two of the children born and raised here - Vali and Rică - now work for the Văcărești Nature Park Association, the NGO that made great efforts to have this place declared protected area in 2016.

It’s a weekday morning. It’s just us and the ranger in the park. Sometimes we meet dog owners on their walks, joggers or photography enthusiasts. The place is more crowded on weekends. Throughout the year, all kinds of events happen here, from guided tours and educational or sporting events, to to birdwatching or volunteering events.

Further on the Biodiversity Path, we find a insect hotel: a rather strange appearance that we’ll find again in other places in the park. A small construction with special spaces for pollinating insects in the park, the insect hotel was created by artists. There are similar others in the park, in addition to observation points, reed panels where you can lurk to see birds, not far from the rangers’ house. There are informative signs here and there. If you’re afraid to get lost don’t worry, there are also a few signs pointing to the exits.

A walk through “Bucharest’s delta” brings moments of peace and reconnection with nature. If you are patient and stay quiet near the lakes, in the shade of reed or near a bush of dog-rose or elderberry, you can see majestic birds passing by: egrets, herons, common terns or cormorants. Don’t be disappointed if you don’t get to see one of the many animals in the park; wild animals feel the presence or vibration of humans and prefer to stay away. So it’s unlikely to see a weasel or a fox cutting your way, or even an otter, but you may get to spot a turtle, a sand lizard or a snake.

The birdwatching season kicks off in autumn, but some of the most interesting ornithological rarities can be observed in winter too. Plus, in the cold season you can also go sledding in the park. The best spot is near the entrance from Săvinești street. In the spring, however, when nature returns to life, the park becomes a stage for the noisy chorus of birds and frogs. In summer, you can escape the heat of the city and enjoy the cool air near the park’s lakes or the high grass. You can have a picnic here or bike along the marked routes.

Regardless of the season, this is the place where you can get inspired by nature and escape the noise of the city for a little while rather than look for very intense activities, as Gabriela, the ranger who shows us the park today, advises us. But rule number one is to leave things as you found them. Any intervention can have a major impact on the animals and plants here. There are other rules as well, all listed on the panels installed at the park entrances.

The park’s observatory, located high up in a tall building next to it, brings in the top view of the entire park, which people admire almost holding their breaths. Here, both children and adults learn about the mysterious world of animals and plants.

Văcărești Nature Park is the place that shows, once again, the resilience and stubbornness of nature. While other big cities in Europe have made plans to create such natural spaces, in Bucharest everything happened by itself, without any initial financial investment. Now the park is home to a very well preserved and balanced ecosystem, which attracts not only tourists who want to reconnect with nature,but also experts from all over the world. Even Prince Charles of Wales walked the alleys of this unusual park not long ago.

To keep in mind

Access to the park can be done both from Săvinești street (pedestrian and bicycle access) and in front of the Asmita Gardens complex (pedestrian access). To get to the entrance from Săvinești street, get off at Piața Sudului subway station and walk about 15 minutes, or less than 10 minutes if you choose to go there by bike. The second entrance, in front of the Asmita Gardens complex, is near the Mihai Bravu subway station.

Guided tours are free and you can book one on the Parcnaturalvacaresti.ro website. A tour takes about 2 hours and the visitors are guided by specialist biologists, ornithologists or ecologists. The other events organized in the park throughout the year are promoted on the park’s Facebook page.

If the guided tour is not possible, those interested should know that the Văcărești Nature Park Association is working on a mobile app that will be launched soon.

Rangers recommend visiting during the day because there is no light in the park at night.

(photos by Kathrin Weident/Romania-Insider.com for AMPT) 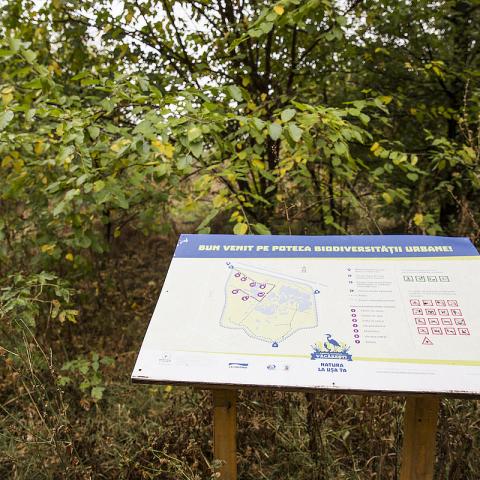 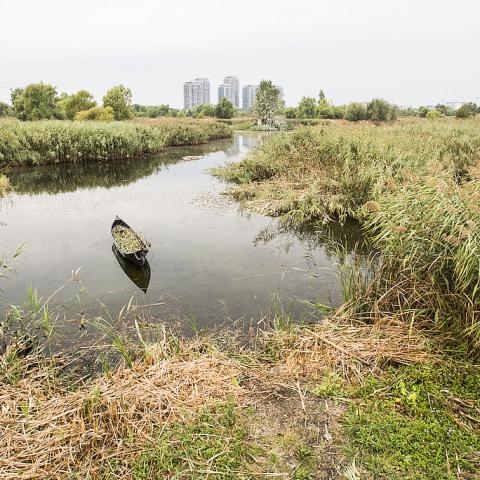 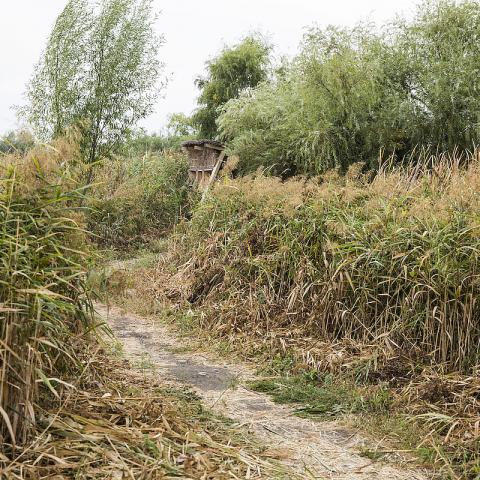 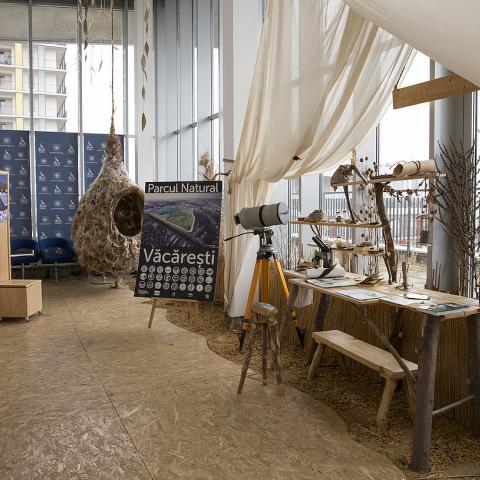 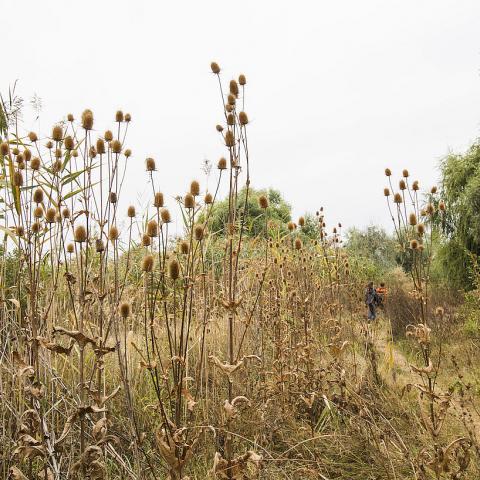 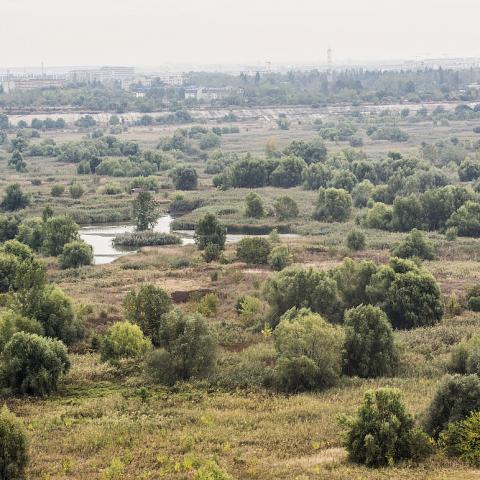 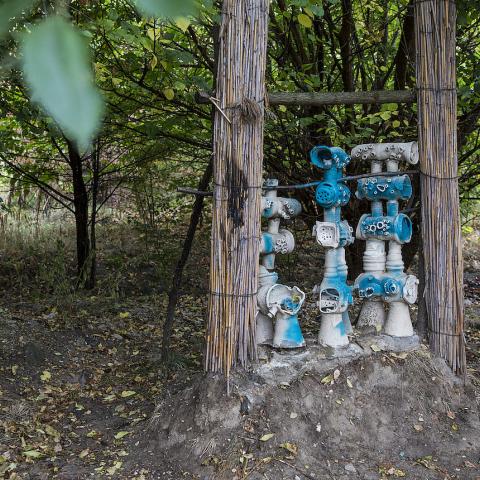