“Destination: Bucharest” – Things to do in Bucharest this spring 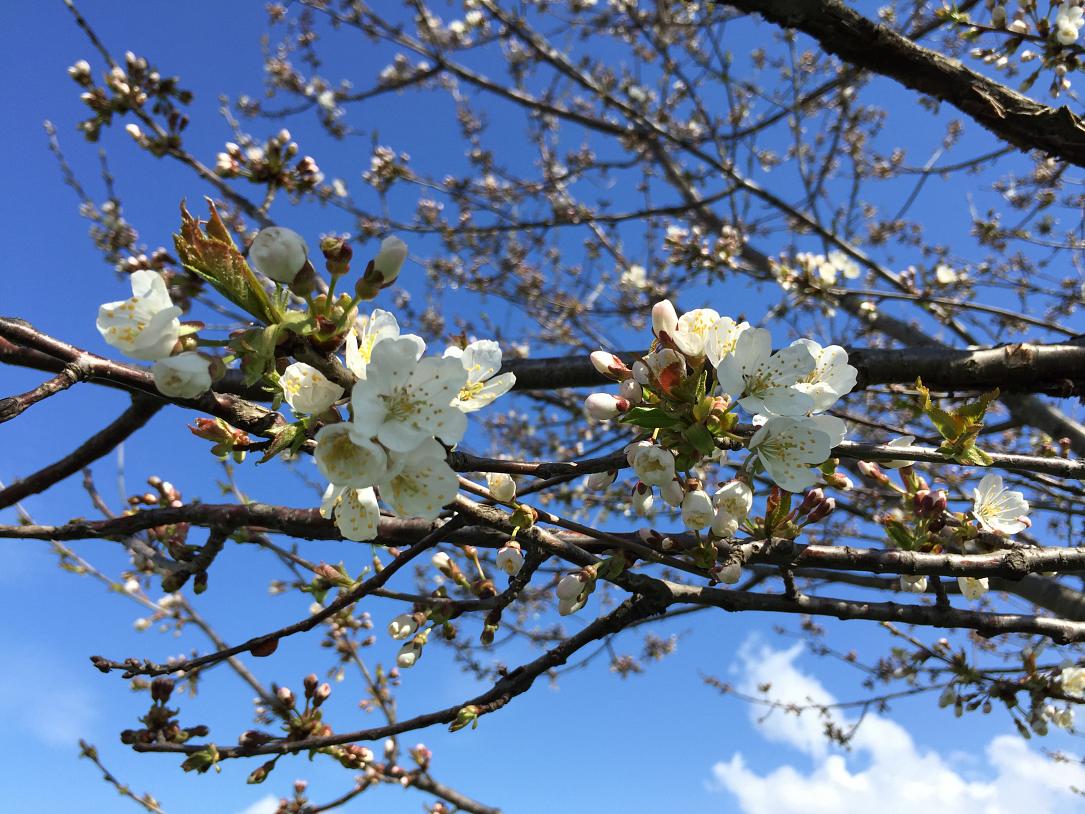 The temperatures rise and Bucharest comes to life in the spring months. The season begins with two important events - Mărțișor (a local tradition marking the beginning of spring) and Women's Day, and continues with a large number of events, from live concerts to festivals dedicated to foodies and even a festival of living statues. In addition, the sunny days are perfect for outdoor walks on the streets lined with blooming trees and colorful flowers.

Small symbolic items tied with a red and white entwined cord, the mărțișoare announce the arrival of spring in Romania. Thus, on March 1, according to the tradition, Romanians offer mărțișoare to their loved ones. They are mainly offered to women and girls; some wear them for a few days while others choose to wear the mărțișor all March to attract good fortune and happiness.

Thus, in late February-early March, the city is full of mărțișoare. You can buy them from dedicated fairs, from markets, shops and malls, or even from small street stalls. Most flower shops also sell mărțișoare during this period, but they also add spring flowers such as snowdrops, hyacinths or daffodils to their offer. Even the online stores sell mărțișoare at the beginning of spring.

You can choose to buy traditional mărțișoare or surprise your loved ones with more special gifts such as jewelry or decorative objects. Any present can become a mărțișor if you tie the red and white string to it.

Women are in the spotlight at the beginning of spring and March 8 is the special day of the year dedicated to them.

This year, March 8 is on a Sunday, so a romantic stroll through the parks or streets of Bucharest may be the best choice, followed by a romantic movie at the cinema. You can end the day at your favorite restaurant, where you can enjoy a dinner with your lover.

The Capital hosts many events during this period and all you have to do is choose your favorite concert or show. The weekend agenda includes: Mariza’s concert at Sala Palatului (March 7), the 3 Sud Est concert - Woman's Day at Berăria H (March 7), the Ad Libitum Voices music show – You are my spring at the Elisabeta Theater (March 8), Ladies Night Out w. Freestay at True Club (March 8) and the Boney M concert at Sala Palatului (March 8).

The entire city transforms in the spring months, when the green parks and the gardens full of colorful and fragrant flowers invite us to spend the day outside.

Of course, the parks top the list when it comes to long, relaxing walks. There are many such green spaces in Bucharest, all offering opportunities for relaxation or fun activities. The largest are Regele Mihai I (Herăstrău) Park, Tineretului Park, Alexandru Ioan Cuza Park, the Cișmigiu Garden and Carol I Park. Other smaller parks, which are just as beautiful, are Kiseleff Park, Izvor Park, Circului Park, Drumul Taberei Park and Icoanei Garden.

Of course, the "Dimitrie Brândză" Botanical Garden is one of the best places in Bucharest for an outdoor walk in the spring months. Many of the flowers and plants in the garden’s collection spring back to life during this period, offering visitors front seats to nature’s amazing show.

Another special place in Bucharest is Văcărești Nature Park, the first urban natural park in Romania and the wildest place in the Capital. The park, also called "Bucharest’s Delta,” is home to many species of animals, birds and plants. Therefore, a walk in this place can turn into an unforgettable memory.

Have fun at live concerts, shows and other events

The Capital’s cultural agenda is full of events during this period, including live concerts, unique shows and business events.

In March, Sala Palatului is host to a large number of concerts, the program including top artists such as Mariza (March 7), Boney M (March 8) and Tudor Gheorghe (March 20), but also the Russian Ballet Stars Gala show (March 9) and the Mamma Mia! musical (March 11). In addition, the Social Media Summit Bucharest 2020 will be held at the CEC Palace on March 5.

April also comes with a large number of events, and most of the month’s biggest concerts will also be held at Sala Palatului: Goran Bregovic & Wedding and Funeral Band (April 2), Hauser - accompanied by the Royal Chamber Orchestra (April 16) and Avishai Cohen (April 22). Also in April, the Jazz in Church event returns with a new edition at the Lutheran Church in Bucharest (April 23-26), a symphony orchestra brings music from famous films to Sala Palatului during A Night at the Movies event (April 25) and The Color Run is back with a new edition (April 25).

The last month of spring will also be full of concerts and special events. The legendary guitarist Al Di Meola will play at Sala Palatului on May 5, while American comedian Louis C.K. will also perform at Sala Palatului a few days later, on March 18. Bucharest International Jazz Competition will also return with a new edition between May 16 and May 23, the International Festival of Living Statues will take place between May 26 and June 1, and Romexpo will host two music festivals at the end of the month - Retro Music Festival (May 29-31) and The Concert (May 30-June 1). In addition, on May 4, one of the biggest business events of the year - Brand Minds, will be back with a new edition at Romexpo.

Spring comes with good news for street food lovers (and not only).

BurgerFest, the only event in Romania dedicated exclusively to burgers, will take place at Verde Stop Arena between May 22 and May 24, and a new edition of the Wine and Street Food Festival will be organized at the Parliament Palace on May 15-17. Moreover, the fifth edition of the wine and wine tourism salon "Revino Bucharest Wine Show" is scheduled to take place at the Novotel Hotel from May 9 to May 11.

For a traditional spring start, choose to offer mărțișoare with special meanings. The most popular are those representing a chimney sweep, a four-leaf clover or a horseshoe, as they are said to bring good luck.

The flower shops, including the online ones, prepare special bouquets for the March 1-8 period, and some of them even have delivery options.

Tickets for the live concerts and shows in Bucharest can be purchased online from the websites dedicated to ticket sales (such as iabilet.ro, bilete.ro, myticket.ro or evenim.ro) or from the ticket offices of the respective locations. 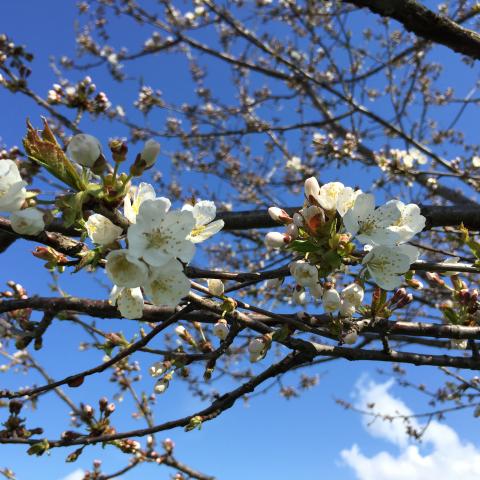 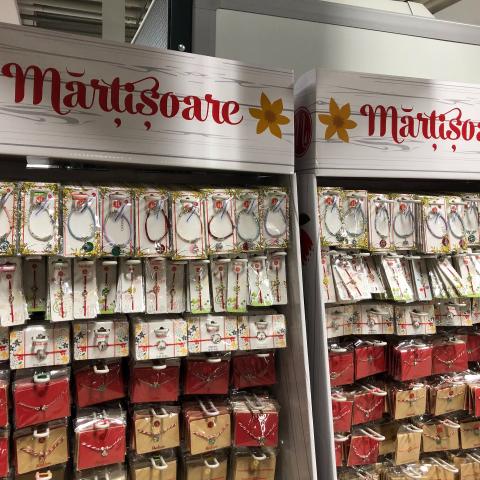 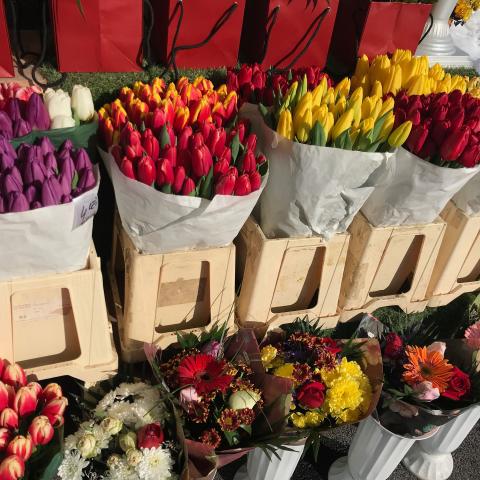 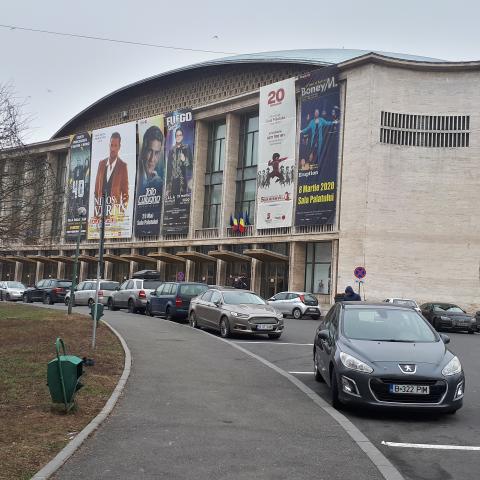 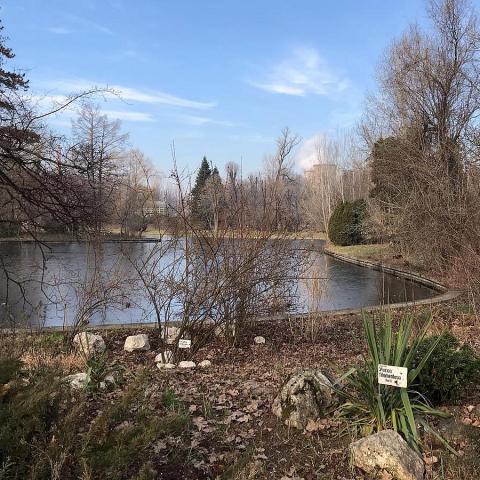