"Destination: Bucharest" - Film festivals to attend in the city 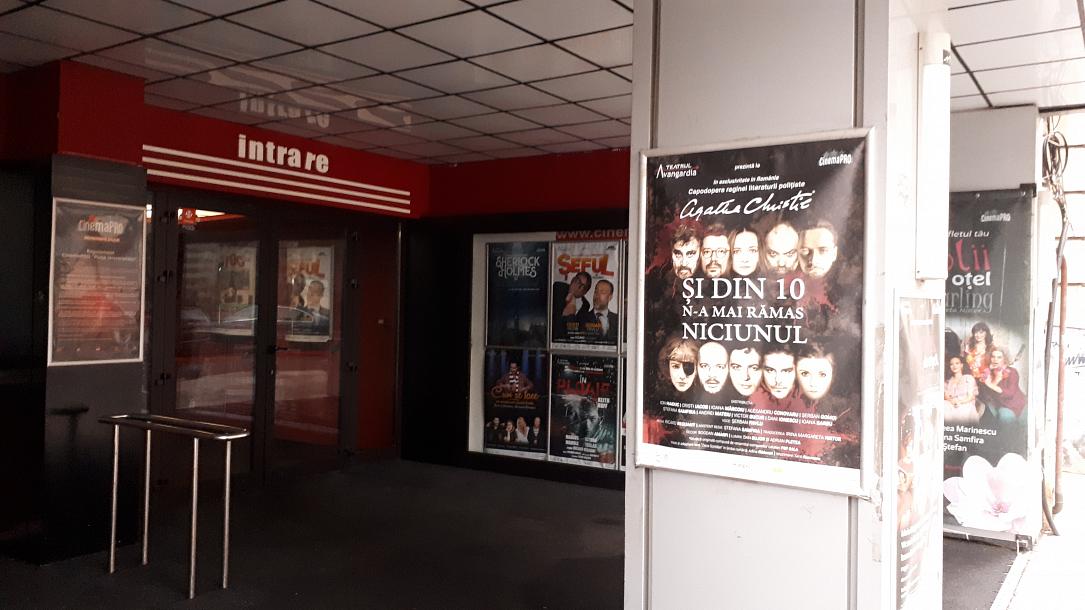 Throughout the year, Bucharest film fans have where to choose from: besides the film offer of the multiplex-type cinemas, there are numerous film festivals giving the public the opportunity to see recent independent productions, awarded at prestigious festivals from around the world, themed selections, various retrospectives and meetings with well-known directors.

Launched in 2017 by the team in charge with Les Films de Cannes à Bucarest, American Independent Film Festival (April 24 – 30) showcases a selection of the most recent independent productions made in the US, many of them presented or awarded at festivals such as the Sundance, New York, Tribeca, Telluride, Toronto, Cannes or Venice ones. At previous editions, guests of the event were actors Ethan Hawke, John C. Reilly, Joaquin Phoenix, Sebastian Stan, filmmaker Kent Jones, curator and director of the New York Film Festival, or director Jacques Audiard. A script writing competition also takes place under the umbrella of the event. Last year, it was titled “Write a Screenplay for Sebastian Stan.”

Initiated by the Delegation of the European Commission during Romania’s pre-accession period, the European Film Festival showcases productions that invite the public to reflect on topics such as physical and immaterial borders, identity construction, assimilation of cultural differences, democracy and freedom of speech. The event showcases both recent features and documentaries but also a selection of classic films. The event takes place in Bucharest and in several cities in the country.

In its turn, Cinepolitica is a festival dedicated to productions with a political topic: features, shorts or documentary. Through the program it proposes, the festival aims to showcase the mechanisms and political motivations that impact us all. The event also covers and international competition and special programs dedicated to certain topics or personalities.

A long-established event in the agendas of film fans, the French Film Festival proposes themed selections, sections dedicated to established directors but also young filmmakers and various retrospectives. The festival, at its 24th edition this year, takes place in Bucharest and in several other cities in the country.

Many of the cultural institutes and embassies present in Bucharest organize festivals and events where they showcase the cinemas of the countries they represent. Among them are Cinepolska, a festival dedicated to Polish films, the German Film Days, the Hungarian Film Week, the Nordic Film Festival, the Israeli Film Festival, the Portuguese Film Days, screenings dedicated to Cuban or Preuvian films and many more.

To those interested in Ibero-America, Película (September 9 – 13) offers a selection of films made in the region, in a program that also includes dance sessions, food, music, exhibitions and the stories of those who travelled to this part of the world.

At the intersection of fashion and film, Bucharest Fashion Film Festival (April 23-26) showcases fashion films, presenting the collections of various brands, documentaries and cult films, offering diverse perspectives on the fashion industry and on topics such as diversity and sustainability in fashion or the statute of fashion designers.

One of the most awaited and most popular festivals of the fall, Les Films de Cannes à Bucarest programs every year a selection of the most recent productions awarded at the prestigious festival and offers the public the opportunity to meet some of the most respected directors. The event was initiated in 2010 by Cristian Mungiu, the Romanian director who won in 2007 the Palme d’Or, alongside other awards at other editions of the same festival, with the support of the Cannes festival general delegate Thierry Frémaux. The event has sections dedicated to certain directors, the cinemas of various countries, retrospectives and sections dedicated to film professionals and movies in the post-production phase. In time, guests of the festival included Claude Lelouch, Olivier Assayas, Asghar Farhadi, Ladj Ly, Carlos Reygadas, Abdellatif Kechiche or Amat Escalante. The festival also runs editions in several cities in the country.

Dedicated to avant-garde film and visual arts, Bucharest International Experimental Film Festival (BIEFF) presents innovative productions, which were presented or awarded at prestigious festivals such as the ones in Cannes, Berlin, Venice or Toronto. The event also partnered with festivals that support avant-garde cinema, such as Quinzaine Des Réalisateurs of the Cannes Film Festival or Berlinale Forum Expanded – Berlin International Film Festival, thus showcasing a program of innovative films.

Also in a multidisciplinary area is DokStation Music Documentary Film Festival (September 17-20), combining cinema and music in a program offering screenings of music documentaries, talks and concerts taking place in buildings with a history but also in unconventional venues.

Those interested in documentaries can also attend Bucharest Docuart Fest, a festival dedicated to Romanian documentary film. The event aims to promote local productions in two sections: the main and the student one.

In its turn, UrbanEye starts from the way cities are depicted in film to open the conversation about the places we live in. The festival offers many premiers, selections curated depending on various current affairs, talks, and meetings with special guests.

The Psychoanalysis and Film Festival proposes a series of films that invite the audience to reflect on various topics, but also talks and workshops with directors, producers, actors or film critics, therapists and psychoanalysts.

For several years now, the city has been hosting a festival dedicated to the world of dance - Bucharest International Dance Film Festival. It offers several awards and also includes various masterclasses of international guests.

The International Animation Film Animest (November 9 - 15) is the only local event exclusively dedicated to animation film. It has several competition sections and programs, various retrospectives and sections dedicated to well-known animation schools or the big names of the industry. For its every edition, the event brings to Bucharest directors, producers, curators and journalists who engage in talks with the public or deliver masterclasses. Starting with 2017, the winning short of the Animest Trophy, picked by an international, professional jury, is among the eligible candidates for the list of nominees for the Best Animation Short of the Academy Awards (The Oscars).

The youngest film fans also have a dedicated festival - KINOdiseea International Children Film Festival. The event includes a competition with the newest productions for young audiences, retrospectives of classic films, screenings of European features but also educational workshops, talks and meetings with actors and directors.

Dedicated to shorts, Bucharest Short Film Festival aims to showcase the newest, most innovative and interesting international productions, in a program that includes Q&A sessions with various guests.

Furthermore, retrospectives of festivals that take place in other cities in the country are organized in Bucharest. The Transilvania International Film Festival (TIFF), the largest such event in the country, presents a selection from its program in the Capital. The Bucharest public can also see retrospectives of the Anonimul festival, an event dedicated to independent productions taking place in the Danube Delta, or Pelicam, a festival dedicated to environment-themed productions, held in Tulcea.

Many festivals offer the option of buying passes in pre-sale periods of discounts at the purchase of a certain number of tickets. The offers are announced on the festivals’ websites.

The novelties concerning the program and the special guests of every event are announced on the festivals’ websites and social media channels.

Many festivals take place in cinemas such as Elvire Popesco, Cinema Pro, the Romanian Peasant Museum Cinema, Eforie and Union. Other cinema halls that accommodated festivals in the past, such as Studio and Patria, are closed because of the seismic risk of the buildings they are located in. 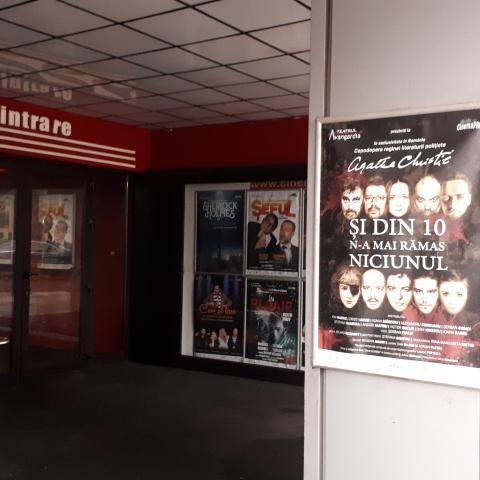 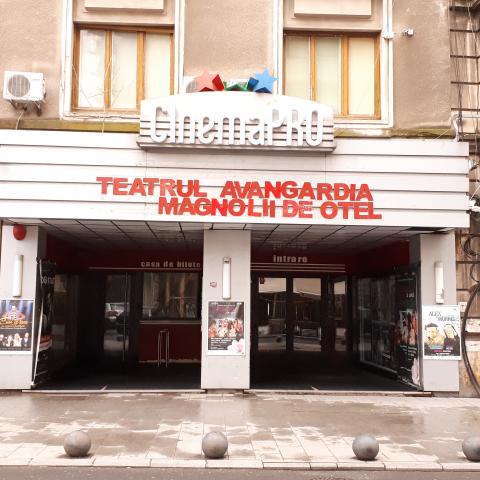 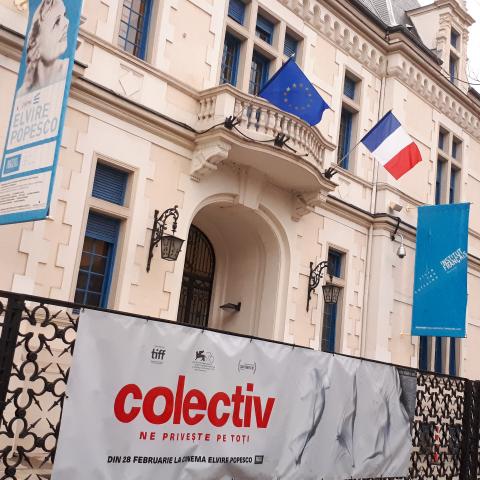 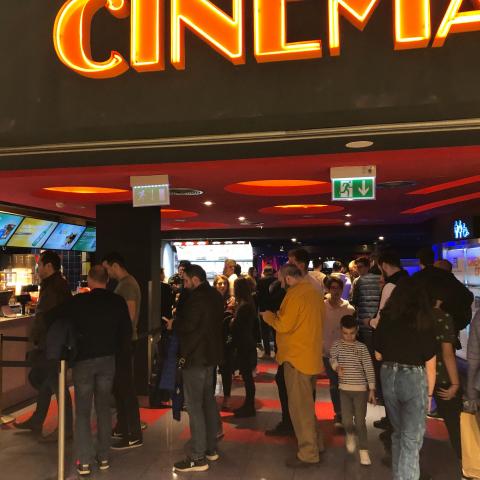 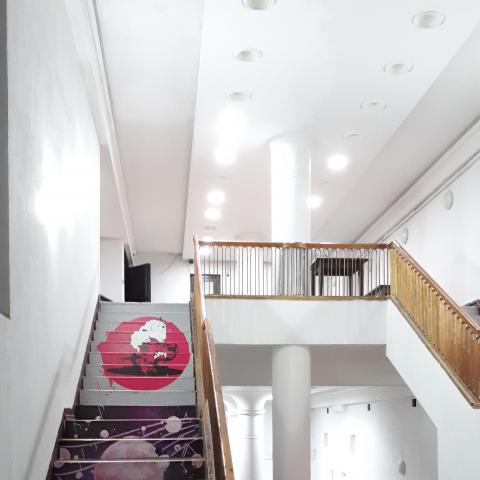