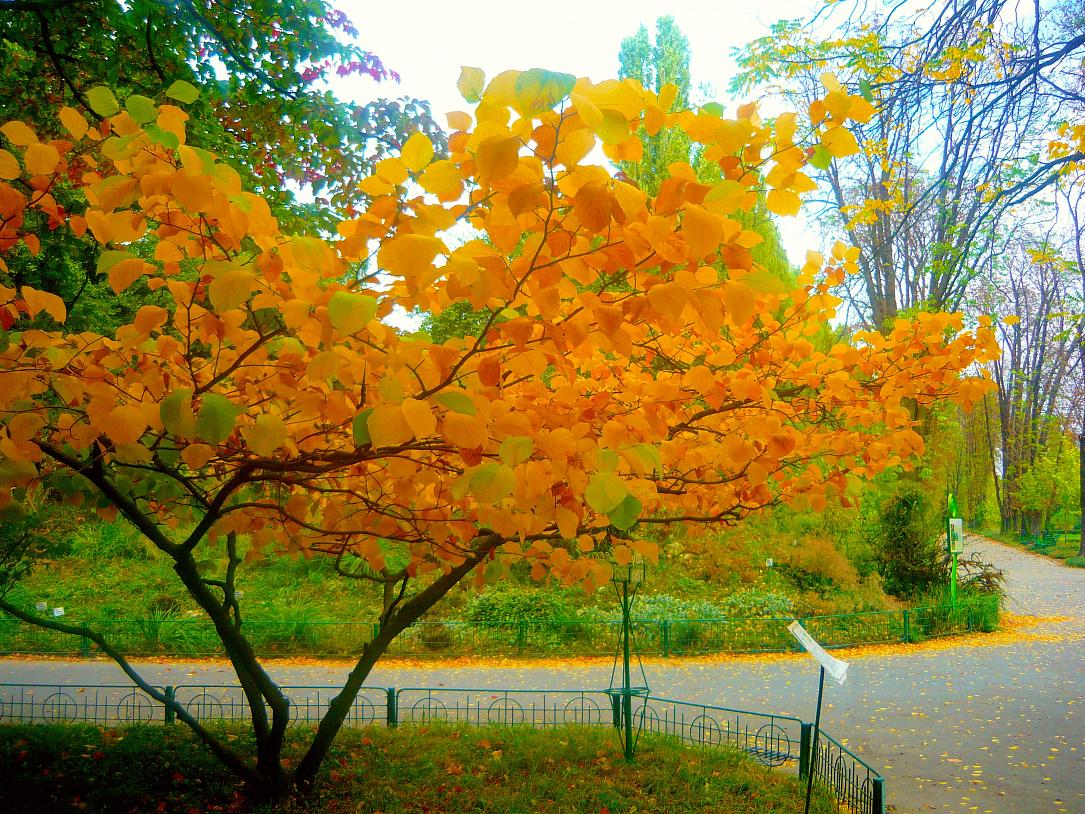 Autumn brings with it a host of cultural events, from classical music and film festivals to various exhibitions, opportunities to get active or spend time outdoors.

Go for a classical music concert

Once every two years, the arrival of fall coincides with a new edition of the George Enescu Festival, the most important local event dedicated to classical music. As usual, the festival brought to Bucharest top names of classical music for 84 concerts taking place throughout 23 days. The Berlin Philharmonic returned to the Capital, after performing here for the 2015 edition of the festival, and among the artists coming to Romania for the first time were actress Marion Cotillard, conductor Kiril Petrenko and pianist and conductor Mitsuko Uchida.

Fall also brings new seasons at the Bucharest Opera House, the George Enescu Philharmonic and at the Radio Hall. A bit later, in November, it is the turn of the chamber music festival SoNoRo to charm its audience. Besides its themed program, the festival is known for the interesting venues it takes place in, as the organizers often chose lesser-seen or unconventional spaces throughout the Capital.

Fall can be a good time to discover or rediscover the museums of the city and their collections or temporary exhibitions. At the National Museum of Art of Romania (MNAR), visitors can see masterpieces by Tintoretto, Bronzino, Lucas Cranach the Elder, Rubens, Rembrandt or El Greco, or get a snapshot of the history of Romanian art starting with the 19th century and up to the end of the 70s. At the same time, one of the temporary exhibitions currently on show at MNAR (until September 30) is dedicated to the portrait of the avant-garde poet Tristan Tzara, painted by M.H. Maxy in 1924.

At the end of September, Art Safari – Bucharest Art Pavilion takes place (between September 27 and October 6). This year’s edition brings, among others, the museum pavilion “Tonitza and the childhood genius”, which will focus on one of the artist’s favorite themes, namely portraiture of children.

Get your urban art dose

At the beginning of fall, a novel project, Colors Talk, brings six urban artists from Romania (Pisica Patrata, Maria Bălan, John Dot S, Robert Obert) and two from outside of the country (Sam Worthington and dinho bento) in front of the Bucharest public. They worked in front of the public and their works will be later integrated and displayed in public places and will be presented in an auction of good deeds. In between August 25 and August 29 they worked in the yard of the Museum of City of Bucharest – Filipescu Cesianu House, while on September 14 and September 15 they worked in the yard of the Nicolae Tonitza Fine Arts High School in Bucharest. At the same time, until October 27, fans of urban art can see the exhibition The Art of Banksy at the Arch of Triumph. The exhibition covers over 50 works, 3D objects and videos of the artist.

Enjoy a picnic at Mogoșoaia

Some 18 km away from the Capital’s Unirii Square, the domain of Mogoșoaia can be a good location for a picnic at the start of the fall season. An alternative to the Bucharest parks, the domain hosted at the end of August the first edition of the Fall in Love festival, whose lineup included the band Kaiser Chiefs, among others. You can take a walk in the gardens of the Mogoșoaia Palace or you can admire the beauty of the palace, a construction started by Prince Constantin Brâncoveanu in the architectural style that carries his name.

See one of the Capital’s landmark buildings transform

The Constituției Square hosted this September a new edition of iMapp Bucharest, an event which has become this year the International Video Mapping Competition – Winners League. Some of the world’s best video mapping artists were present in the Capital for a spectacular light show projected onto the façade of the Parliament Palace.

Go for a run

If you enjoy running and want to test your abilities in a competition, there are several options this fall. Those with more training can register for the Bucharest Marathon, which takes place on October 12 and October 13. It is the largest event of this kind in the Capital and covers several races. For a race that is less focused on the time achieved but more on the fun of it, The Color Run returned with a new night edition on September 14. It is an untimed race of 5 kilometers, taking place on the Unirii Boulevard, starting at the National Library. At the end of each kilometer performed, the participants are sprayed from head to toe with fluorescent powder of various colors.

Check out some bookstores and the book fair

The second half of the year’s most important book fair in Bucharest, Gaudeamus, takes place in November (November 20 – November 24) at Romexpo’s Central Pavilion. While waiting for the event, you can get up to speed with the editorial offer of the capital’s bookstores. You can always visit Cărturești Verona, one of the capital’s reference bookstores. Among the second-hand bookstores, Târgul Cărții (on Doamnei Street) has a generous offer. Inside the National Theater in Bucharest you will find the Librarium bookstore and if you are tempted by a walk on Calea Victoriei you will find the Humanitas Kretzulescu bookstore near the National Art Museum of Romania. Near the University Square, on the way to Cișmigiu Park, is the Mihai Eminescu bookstore, one of the oldest in the Capital.

Admire the fall colors at the Botanical Garden

A stroll on the alleys of the Botanical Garden in Bucharest can reveal some of fall’s most beautiful colors. The garden carries the name of the university professor Dimitrie Brândză, who took care of the garden’s development once it was taken over by the University of Bucharest, in 1874.  Also to visit here are the greenhouses or the Botanical Museum. Once the walk at the Botanical Garden is finished, you can carry on through the neighborhood of Cotroceni, one of the Capital’s most elegant, with its Modernist and Neo-Romanian architecture.

Watch a Cannes-awarded film or go to a theater performance

One of the most important film festivals in the Capital, which also has local editions, Les Films de Cannes a Bucarest returns this year with its tenth edition, to be held between October 18 and October 27. The festival brings to Bucharest a selection of the films awarded at the Cannes film festival and numerous special guests – directors, producers and other international filmmakers. During the same timeframe, the 29th edition of the National Theater Festival takes place. The event showcases a selection of performances of local and international theater companies.

Mogoșoaia Palace can be reached by bus, using the regional line 474, leaving and returning to Dămăroaia neighborhood. It stops in the stations Parc Bazilescu (metro station Parc Bazilescu on M4 line) or Teatrul Masca.

This material is part of a project under the program of promoting the touristic heritage Destination: Bucharest, carried out by the Bucharest City Hall through the Public Monuments and Touristic Heritage Administration (AMPT).

(Photos by Romania-Insider.com for AMPT) 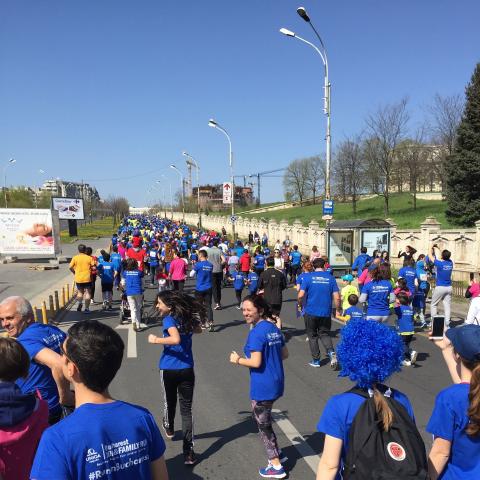 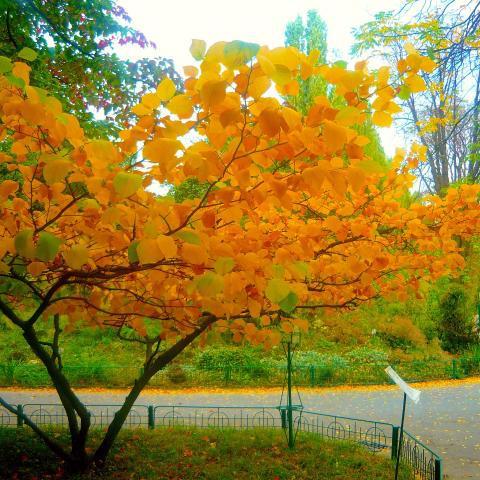 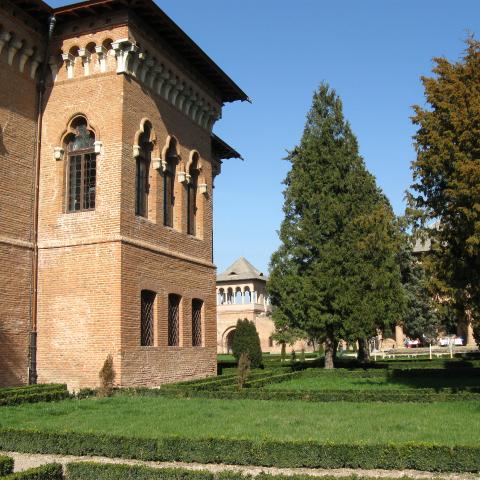 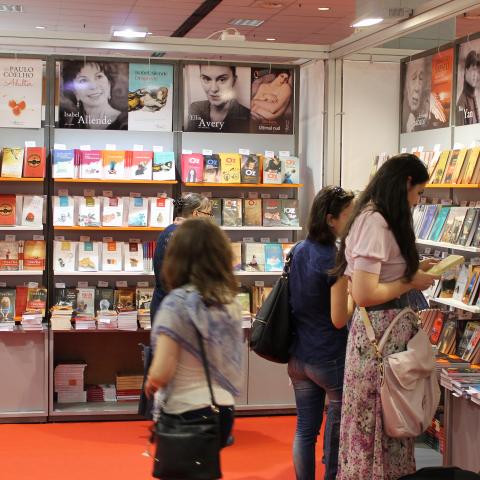