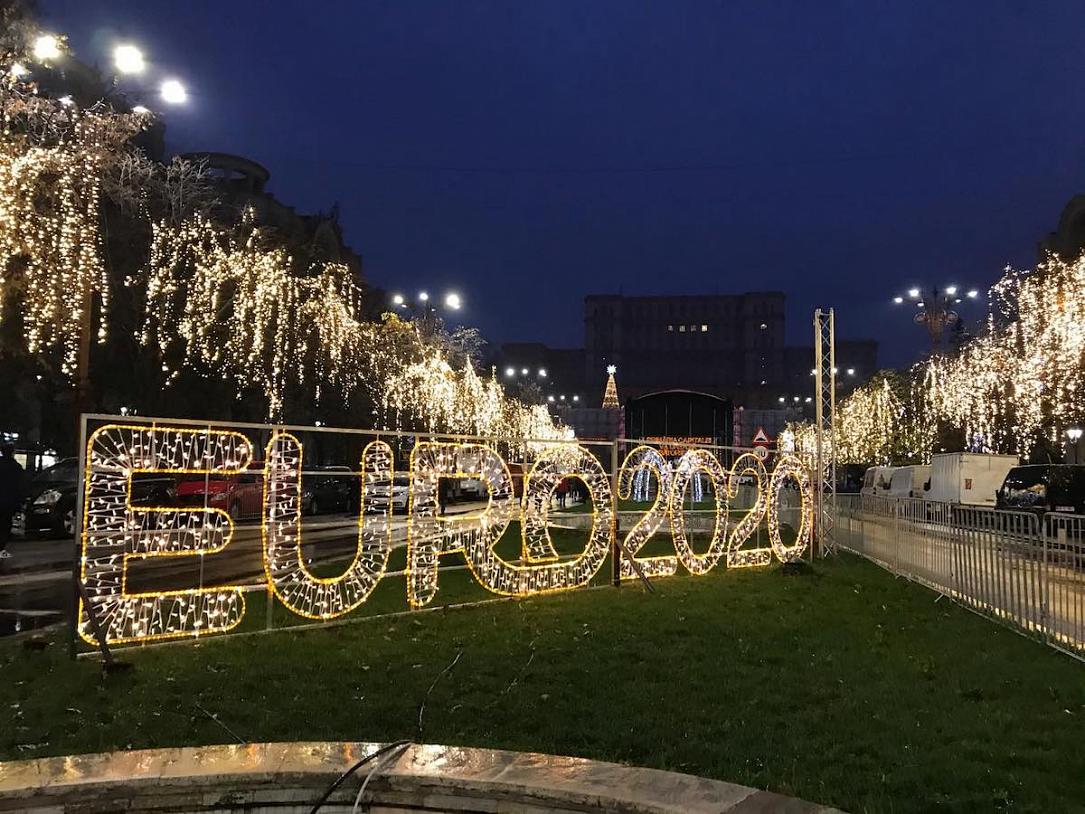 European football fans are looking forward to summer 2020, when the European Football Championship (EURO 2020) returns with a new edition full of excitement and fun. An even more important edition as it marks 60 years since the tournament was established. And Bucharest, one of the 12 host cities, is getting ready for this mega-sporting event.

The Romanian capital will host four of the EURO 2020 matches in June and is thus preparing a large number of activities and special events for supporters and visitors.

EURO 2020 in Bucharest - program, tickets and information about the National Arena

Bucharest will host four EURO 2020 matches in June, namely three Group C matches on June 14, 18 and 22, and a round of 16 match on June 29. All matches will be played at the National Arena, the main stadium in the city, with a capacity of 54,000 seats. Although inaugurated not very long ago, in 2011, the National Arena has already been the main stage for other international competitions, hosting the 2012 edition of the UEFA Europa League final.

The National Arena is located on the Basarabia Blvd., about 5 km from the city center and 7 km from Gara de Nord. The closest subway station is Piața Muncii on the M1 line linking Dristor to Pantelimon. A map of the subway can be found online on the Metrorex website, but also in the subway stations and trains.

It is not recommended to use the personal/rented car to reach the National Arena for the EURO 2020 matches, as the area will be crowded and the police will impose traffic restrictions during the event.

The next ticket sales phase starts in December 2019, when supporters of national teams qualified for UEFA EURO 2020 can purchase tickets for the 2020 matches, including those hosted by Bucharest.

Additional information about EURO 2020 in Bucharest can be found online on the UEFA website or on the website of the Romanian Football Federation.

Things to do in Bucharest - special activities for supporters and tourists, places to visit

Both Bucharest residents and foreign supporters will be able to live the EURO 2020 experience both at the National Arena and in the fan zone arranged in Piața Constituției. In addition, daily competitions for supporters and tourists, entertainment activities for the whole family, concerts, street entertainment and gastronomic areas will be organized on Unirii Boulevard (between Piața Constituției and Piața Unirii), under the "Football Village” name. Moreover, supporters will be able to watch EURO 2020 matches on giant screens installed in this area. The fan zone will stay open every day for a month, between June 12 and July 12, 2020.

EURO 2020 can also be a good opportunity to discover Bucharest and the local culture. You can try the traditional Romanian food at the restaurants in the city, the hot spot being the Old Town where many restaurants, bars, pubs and cafes are waiting for customers every day, most of them open until late at night. Don’t miss local dishes such as sarmale (a mixture of rice and minced meat rolled in cabbage leaves) with polenta, mici (short sausages without casings) or papanași (a kind of doughnut served with fruit syrup or jam and sour cream). And once the football match is over, the fun can continue in the city’s clubs.

During the day, you can stroll the streets of Bucharest to discover some of the city’s secrets or you can relax in parks such as Cișmigiu, Regele Mihai I (Herăstrău), Titan (IOR) or Tineretului. You cannot miss the famous Parliament Palace, which is right next to Piața Constituției, but the list of tourist attractions to visit should also include the Arch of Triumph in the north of the city, the Romanian Athenaeum, the National Village Museum and the Romanian Peasant Museum, the National Museum of Art and the History Museum, the Botanical Garden and Cotroceni neighborhood or the Văcărești Nature Park.

You can take a few moments to relax and cool at the cafes, terraces or tea shops, you can buy gifts for your loved ones from souvenir shops, or you can hop on the Bucharest City Tour buses and discover the city this way.

You can also plan a day trip from Bucharest, to discover special places such as the Mogoșoaia Palace in the town of the same name, the Peleș Castle in Sinaia or even the famous Bran Castle near Brașov (also known as Dracula's Castle), the Muddy Volcanoes of Buzău or the seaside resorts located about 225 km from the Capital.

Bucharest is known as a safe city, but it is also one of the cheapest European capitals for tourists. Accommodation prices, for example, can start from about EUR 10/night at hostels, but can increase to up to about EUR 200/night for luxury hotels. Costs may increase during EURO 2020 matches.

The main airport is the Henri Coandă International Airport (also known as Otopeni Airport), which is located in the city of Otopeni, about 16 km from Bucharest. The main access road is the national road DN1, and to reach the Capital you can opt for bus, train, taxi or ridesharing applications such as Uber, Bolt or Yango. Detailed information can be found at Bucharestairports.ro.

Gara de Nord is Bucharest’s main railway station. It links the Capital to the rest of the country, but also serves trains going to international destinations. Further details, including the timetable, can be found on the CFR Călători website - Cfrcalatori.ro.

Bucharest’s public transport is complex and very well developed, including trams, buses, trolleybuses and the subway. STB manages the surface public transport and Metrorex manages the underground network. To take the tram or bus you need a travel card, which can be purchased from STB kiosks. A trip in the city costs RON 1.3 and a trip on the Express line is RON 3.5. A subway trip costs RON 2.5 and you can choose from several types of access cards, such as the “2 trips” card, the “10 trips” card or the “1 day pass.” Additional information can be found online at Stbsa.ro or Metrorex.ro.

The list of transport options in Bucharest also includes taxis and mobile ridesharing apps, but you can also opt for bicycles or electric scooters. Official taxis have the fare/km written on the car’s door, and in the case of ridesharing services, the cost appears in the application. The taxi fare starts at RON 1.69/km.

The national currency is the leu (RON), and its subdivision is bani. The most used coins are those of 10 bani and 50 bani and the values of banknotes are 1 leu, 5 lei, 10 lei, 50 lei, 100 lei, 200 lei and 500 lei. You can exchange money at banks or exchange offices that can be found on the streets, in commercial spaces, at the airport or at the train station. Merchants in Bucharest usually accept payment by card, but it’s a good idea to also have some cash just in case.

Temperatures are quite high in Bucharest in June-July, usually going over 30 degrees Celsius. And it’s not getting much cooler in the evening. 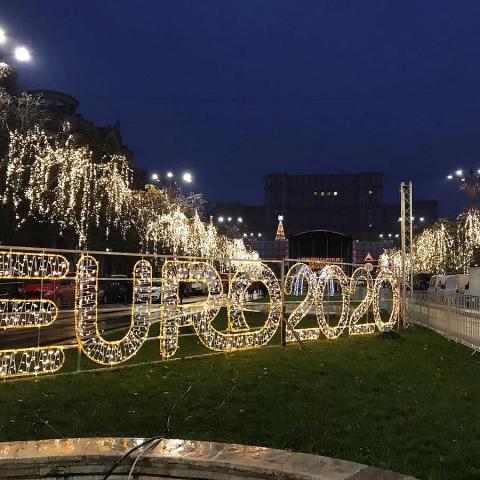 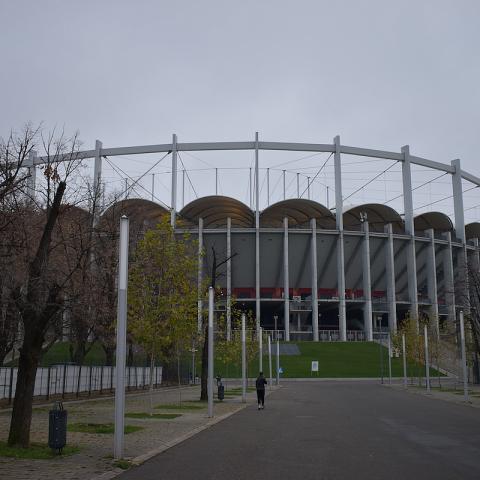 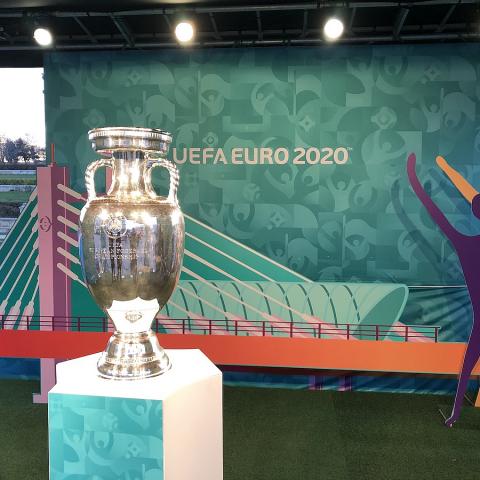 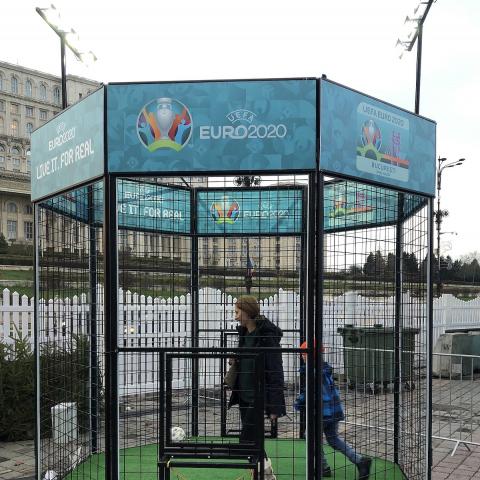 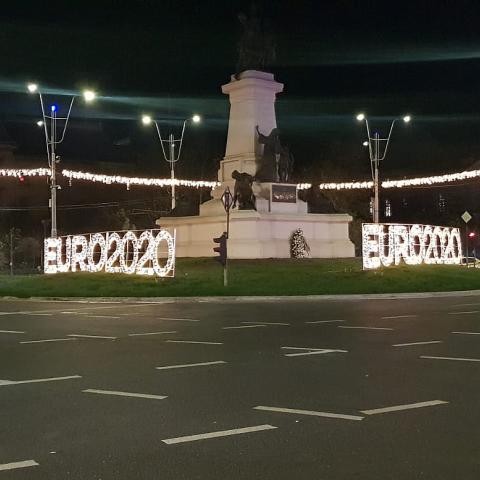 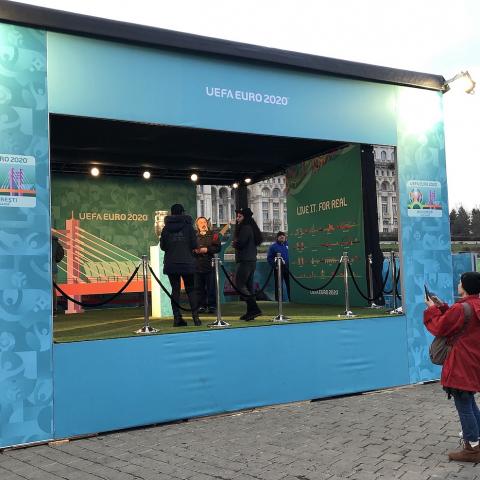