Bucharest mayor: City will have Christmas lights under contract closed by previous administration 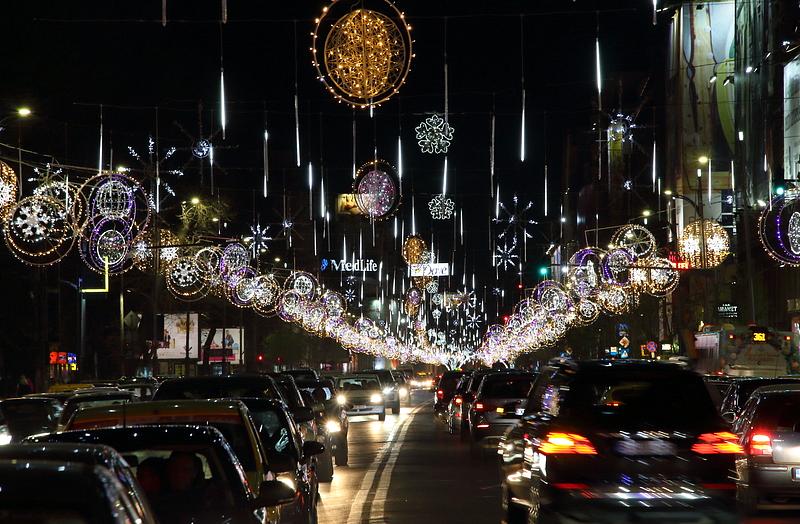 The Christmas lights set up in Bucharest this year are part of a three-year contract that expires this winter, Bucharest mayor Nicușor Dan explained.

"We will have lights, even more than I would have wanted. […] This contract for lights was signed three years ago for three winter seasons. It will end this winter […] Because the Bucharest General Council (CGMB) could not be assembled, the contract went forward […] The contract amounts to some RON 9 million," the mayor said in an interview with television station B1TV.

The Christmas market will not be organized because of the Covid-19 pandemic but, if the sanitary situation had allowed it, it would have been organized by private entities, sparing the municipality of any expenses, Dan explained.

Meanwhile, district mayors have taken different approaches to the issue of festive lighting.

District 6 mayor Ciprian Ciucu, a member of the National Liberal Party (PNL), said he would not set up Christmas lights because he would rather spend the EUR 500,000 on paving a street or building a kindergarten.

Ciucu also said that next year the contracting of the festive lighting would start earlier so that the public administration pays "a fair price."

In his turn, District 5 mayor Cristian Popescu Piedone said he would not give up on the lighting this year because the festive atmosphere "is important, given that people already have a difficult time because of the Covid-19 pandemic."

He said he would use the lights and ornaments already purchased, without buying any new ones.

"We won't deprive the residents of District 5 of the magic of the holidays. We cannot rob children of Christmas," he argued.