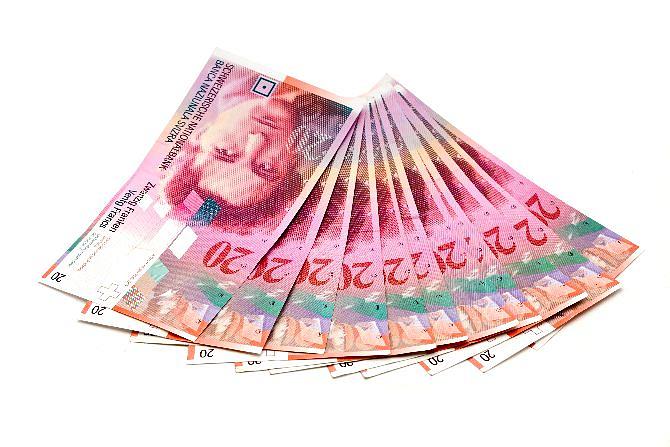 During the last period the Swiss franc re-entered into the spotlight: through the controversial decision of the Hungarian Government to impose banks the conversion of the loans denominated in foreign currencies (especially Swiss francs), into local currency, starting in December, on the one hand; and through the proposal addressed to the National Bank of Romania by a local subsidiary of a foreign Bank to change in Romanian lei, at a discounted conversion rate, the loans in Swiss francs. Apparently, the two actions are not linked, as they are taken in different markets. In essence, they represent results deriving from the same sources: banks’ eagerness to gain higher profits from niche products, the customers’ willingness to over-indebt themselves on short and long terms, their sensible financial sustainability and the permissiveness of the legal environment.

In Romania of 2006 and 2007, customers, not educated to think economically but encouraged to spend money, were running from bank to bank to contract loans, without knowing a basic economical principle: “indebt yourself in the currency in which you earn your income”. For sensitive financial environment, with a population just becoming aware of the open market numerous possibilities, this is a postulate that protects customers from taking too risky decisions and accepting products they do not understand and can become dangerous. For banks, this principle imposes a rhythm of development anchored to the customer’s needs and specificity, insuring a high probability of success when needed to promptly react to any shifts appearing in the local market. Nonetheless, in a period of economic boom, as it was in those times, newer or more exotic products can be easier sold and are sometimes even asked for.

So, what about the customers that took loans in so-called exotic currencies, like Swiss francs in Romania, or other foreign currencies used in lending in Hungary, Bulgaria, Croatia, Poland or any other less developed European countries? They passed from hope to frustration, from incertitude to desperation. And they also learned an economy lesson to remember: in our case, Romanians learned to make financial calculations, to understand and use economic concepts and also to know and ask that their rights are respected. The transformation did not appear only for individuals, it spread to financial institutions as well. Banks became more interested in collaborating with customers rather than imposing clauses from a superiority negotiating position. Even the Central Bank became more attentive at its role of arbiter between the banking system and individuals, tightening and improving legislation, sometimes even acting tough, almost punishing banks, in a market driven by profit calculations.

In 2007 the crisis started and it brought dramatic depreciation of the local currency against more stable ones, price rises, dramatic increase of the credit rates and a dramatic strive to stay employed. From a historical low level of 1.8738 against the Romanian leu (RON) in July 2007, the Swiss franc gained against leu 29% only during 2008 and had a total appreciation, during 2007-2014 of almost 123%, having reached the peak in August 2011, at 4.1756 CHF/RON (closing quotations) and stabilizing now above the 3.6800 CHF/RON level. Even the Swiss Central Bank started to intervene on the FX market, selling its own currency in order to stop the continuous appreciation of the franc, announcing to peg it at the minimum level of 1.2 against the EUR (in 2011). By contrast, during this period, the EUR appreciated by 49% against RON and the American dollar with 72%. The Swiss franc is more exotic in Romania, because it is used to intermediate few operations. Generally speaking, in times of distress it is considered a ‘safe heaven currency’ so it may generate a higher exchange rate risk due to its increased volatility. Therefore one can easily imagine the impact on a rate that already represents a proportion ranking from one third to two thirds of the net income when the crises started: the rates had a steep increase in a very short period of time and continued to grow, on a background of economical instability that painfully hit households.

During the past years, the debt burden and sometimes the lack of perspectives made clients go to court against banks, justifying  themselves through the lack of knowledge, the hidden commissions, the abusive terms of those lenders that, as folklore says, “give you an umbrella on sunny weather and take it back when it starts raining”. In Romania, there are more than 50,000 persons indebted in Swiss francs and the amount of credits in Swiss francs exceed EUR 2 billion. There are thousands of law suits, and even a recent Court of Justice decision in Galati to convert a loan at the historical rate (due to a specific contractual clause).

From the banks’ point of view, the measure of converting the foreign exchange credits into local currency, at an historical rate beneath the current market rate is ‘marked loss’. It is true that, in some cases, the total result may be a gain, but the estimated profit on these contracts is clearly diminished. There are at least two ways in which banks are negatively affected if allowing credit conversion into lei, at the historical exchange rate: 1. by the unfavorable difference between selling and buying the currency at different rates (a historical and a current one), at the same moment,  in order to maintain a balance sheet equilibrium; 2. through the costs implied by insuring the financial resources to lend in a certain currency. Converting the Swiss franc credits in lei is less painful for the bank, but more so for the customer, if the new rate in lei becomes higher than the older one. A very good proposal for the clients seems to be the one that insures a discounted exchange rate and also a reasonable annual percentage rate of the charge.

All in all, things seem encouraging for clients and a bit more unsecure for the banks. It is a battle that will be won only when banking services will be available at a reasonable price for the clients. And this should not be a battle, the process of individuals borrowing from banks and of banks granting loans should be a win-win process, profitable for all the parties involved. Meanwhile, until this mechanism better calibrates itself, cold showers like the one received by customers, such as sudden increase of their rates or received by banks through harsh, sudden decisions of the law-maker, will still happen.