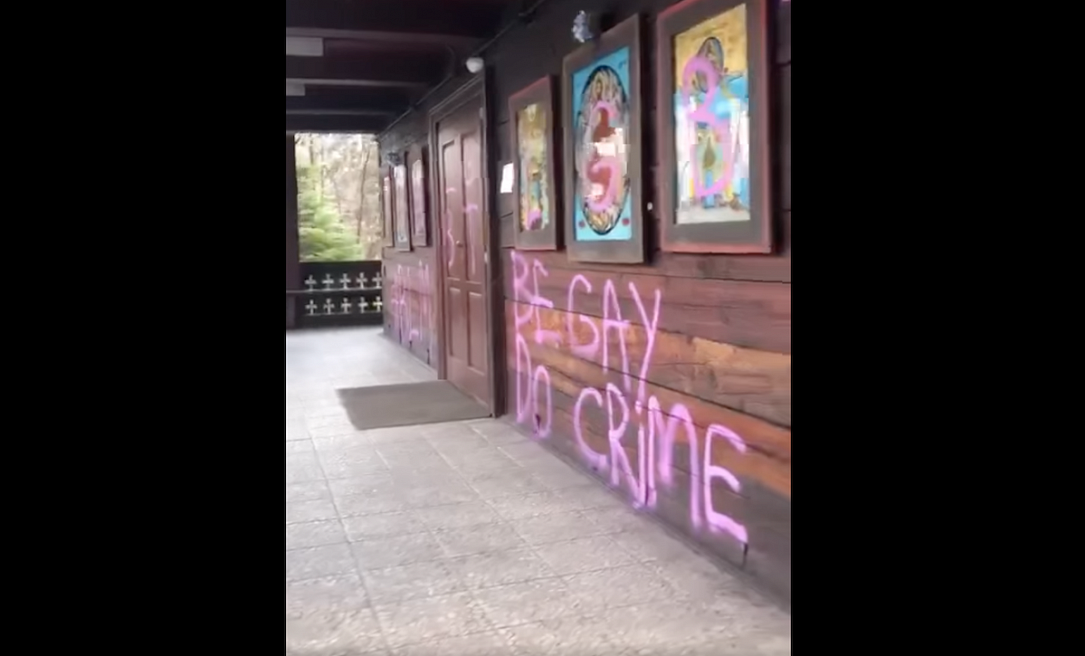 The Police opened an investigation after several messages that seem to promote LGBT or BLM views were spray-painted on the exterior walls of a wooden church in Titan (IOR) Park, Bucharest, last Friday. The Romanian Orthodox Church also had a harsh reaction to the incident, blaming the "tolerance claimed hysterically by the ideological nuclei of LGBT, more recently BLM or ANTIFA" for this act of vandalism.

According to Hotnews.ro, messages such as "Be Gay" or "Do Crime" were drawn in pink on the wooden church's exterior walls and icons. The parish priest called the Police to report the incident.

"The tolerance claimed hysterically by the ideological nuclei of LGBT, more recently BLM or ANTIFA strikes again. And it does what it knows best: it vandalizes, defiles, expectorates grotesque messages, and, in attacks of supreme intelligence, writes its name on all the fences. Including on the walls of churches. Most recently, on the walls of the beautiful wooden Orthodox church located in the IOR Park in Bucharest," Vasile Banescu, the spokesman of the Romanian Orthodox Church's Patriarchate, said in a statement quoted by the local media.

He also said that what happened at the wooden church in Bucharest is "just a strident example of a long series of violent acts dictated and maintained by a hideous (neo-Marxist) eminently anti-Christian ideology, which is sometimes also applauded by the media, which progressively infests the western university and social environment, but which, by virtue of the mimicry already established in our country, also finds followers in Romania."

The wooden church from Titan Park was built in Maramureș style between 1994-1996.