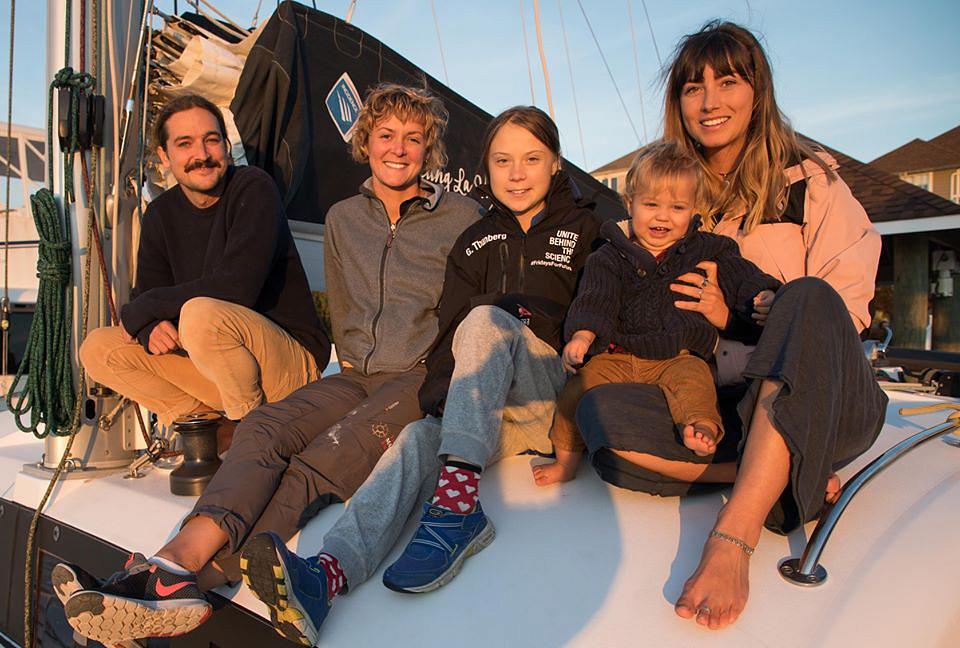 Australian couple Riley Whitlum and Elayna Carausu, who have been sailing around the world in a yacht for five years and run the most popular sailing vlog on YouTube, with over one million followers, will help Swedish environment activist Greta Thunberg cross the Atlantic Ocean from the U.S. to Europe on their catamaran Le Vagabonde.

“So happy to say that I'll hopefully make it to COP25 in Madrid. I’ve been offered a ride from Virginia, USA, on the French 48ft sailing catamaran La Vagabonde. The two Australians Riley Whitlum, Elayna Carausu and Nikki Henderson from England will take me across the Atlantic Ocean. We sail for Europe tomorrow morning!” Thunberg wrote on Facebook, also posting a photo of her crew.

After speaking at the U.N. Climate Action Summit in New York, at the end of September, 16-year old Thunberg was set to attend the 2019 United Nations Climate Change Conference (COP25) in Chile, at the beginning of December, but the conference was moved to Madrid, Spain, due to social unrest in Chile.

“It turns out I’ve traveled half around the world, the wrong way:) Now I need to find a way to cross the Atlantic in November... If anyone could help me find transport I would be so grateful,” Thunberg wrote on her Facebook page on November 1.

Thunberg refuses to travel by plane because of the high carbon footprint. She traveled from Sweden to the US by yacht in August. She then traveled across the Americas by train and with an electric car borrowed from Arnold Schwarzenegger.

Riley Whitlum and Elayna Carausu have been sailing around the world on their catamaran Le Vagabonde since 2014, posting a video of their adventures on YouTube every week. The couple also have an 11-month old son. Elayna Carausu, 26, was born in Australia from a Romanian father and an Austrian mother.