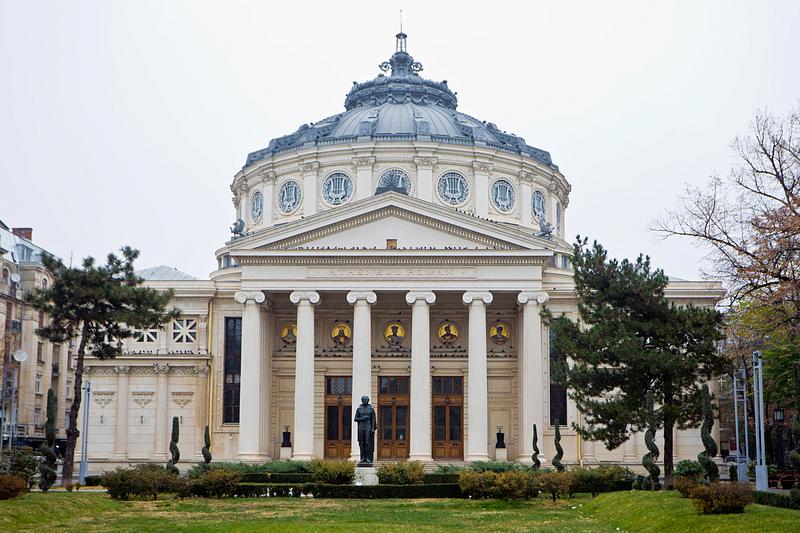 The Holocaust Remembrance Day, the January 27th commemoration of the victims of the Holocaust, will be marked with two concerts at the Bucharest Athenaeum.

The two concerts are scheduled for January 27th and January 28th.

Dachau Reflections premiered in September 1997, performed by the Bergen Philharmonic Orchestra in Norway, conducted by Yoav Talmi. It has since been performed by more than 20 orchestras in the US, Canada, Norway, Poland, France, Netherlands, Latvia, Israel, Greece, Argentina, Peru, and Costa Rica.

“When composing the Elegy, I designed a collage of passing images from the past and present. Thus, you can hear a Jewish ghetto song (Under the starry sky) performed from afar by a string quartet, as well as Bach’s Sarabande for unaccompanied cello. A theme from Gustav Mahler’s Kindertotenlieder opens the piece. Another theme from the same work is quoted towards the end, as a postlude of silence and acceptance. The sounds of the accordion recall someone thrown from the street into the ghetto. The elegy was written in 1997, partially in Israel, partially in San Diego, and it is dedicated to my grandparents, whom I’ve never met,” the composer explained.

Tickets are available at the ticket office of the Athenaeum or online, on the institution’s website.