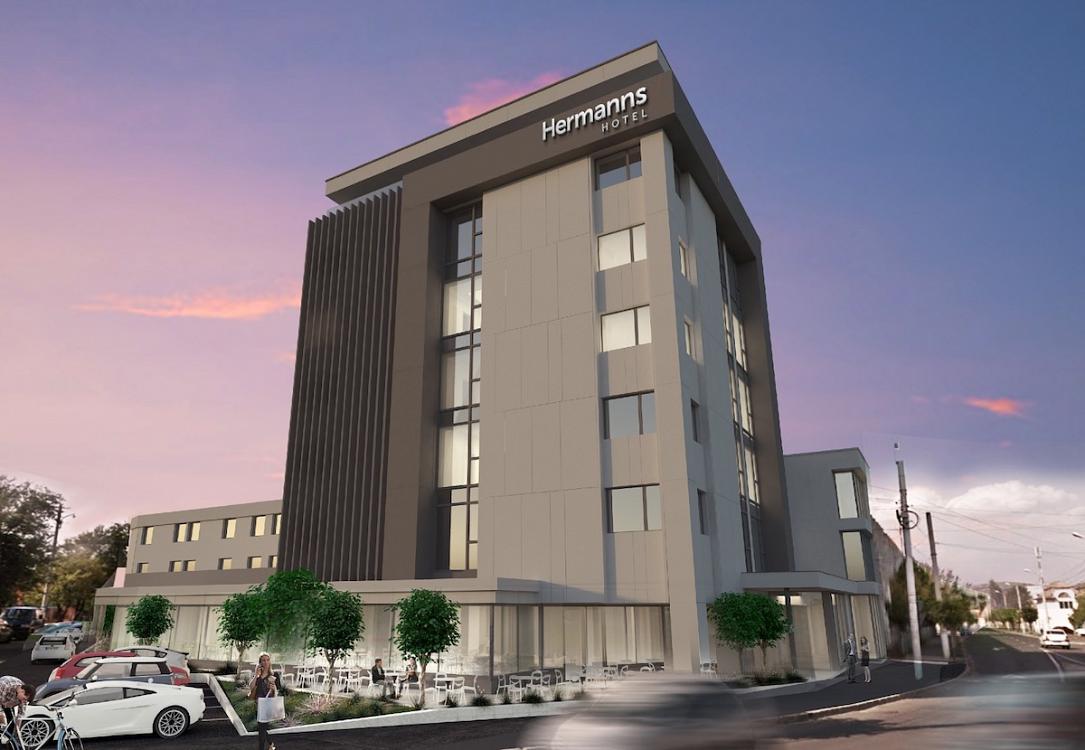 APX Hotels Group has bought the former Libra Hotel in the historic center of Sibiu, a city in Romania’s Transylvania region, for EUR 1.85 million. The hotel is currently undergoing a renovation process, and will reopen under the Hermanns Hotel brand in July this year, according to Crosspoint Real Estate, which assisted the transaction.

The former Libra hotel was in an advanced level of degradation and required, after the acquisition, an investment in renovation estimated at about EUR 5 million.

The four-star Hermanns Hotel will have 71 rooms, two conference rooms, and a modern spa center. The hotel’s Italian restaurant, called FAIN, will have an indoor seating capacity of 100 people, as well as an outdoor area that can welcome 80 people.

APX Hotels currently owns five four-star hotels in Romania. Three of them are located in Bucharest, while the other two are in Vulcan and Sibiu.