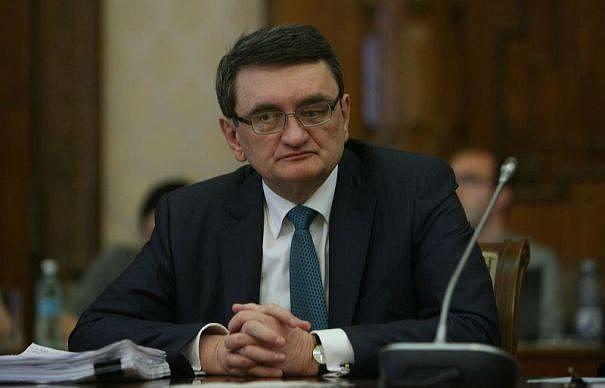 More than 137,000 Romanians have signed a petition that demands the resignation of Romania’s Ombudsman, Victor Ciorbea. Meanwhile, people rally on Facebook for protests to take place in Bucharest and other cities on Wednesday.

Both initiatives were triggered by Victor Ciorbea’s decision to challenge at the Constitutional Court the law that doesn’t allow a person with a criminal conviction to become a member of the Government.

This law prevented Social Democrat leader Liviu Dragnea from claiming the position of Prime Minister after his party's victory in the December 11 parliamentary elections, due to his two-year suspended sentence. However, Ciorbea said that his action didn’t relate to Dragnea’s case, but to the overall regulation. According to him, the law violates several texts of the Romanian Constitution, as well as provisions of the international law.

However, his decision to challenge the law, which some people saw as a move that would clear the PSD leader’s way to becoming the country’s Prime Minister, made Romanians demand his resignation.

“Mr. Ciorbea, we are unhappy with the way you carry out your activity, paying little attention to citizens and caring more about politicians accused or sentenced for various illegal acts. We ask you to free the position for someone who puts people’s interest first,” reads the petition’s presentation.

Meanwhile, people are organizing protests against Victor Ciorbea on Facebook, also asking for his resignation. The protests are to take place in Bucharest, Cluj, Iasi, and Arad on Wednesday evening, with more than 1,200 people appearing as attending the protest in the capital.

“It’s time to let them know that all this has a limit: the convicts’ problems with the law is not on the society’s agenda. We’re protesting for principles of democracy, not against the others’ vote – who can join us as well,” reads the presentation of the Facebook event announcing the protest.

The law Ciorbea challenged to the Constitutional Court last week was adopted in 2001. However, it only came up after the December parliamentary elections, when PSD leader Liviu Dragnea had to come up with a Prime Minister proposal. He couldn’t name himself as he was convicted last year to two years of probation for fraud in the case related to the referendum to dismiss former President Traian Basescu in 2012. Many of his party’s leaders said that he would be entitled to hold this position, and even Dragnea himself said that would have been entitled to take over as Prime Minister.