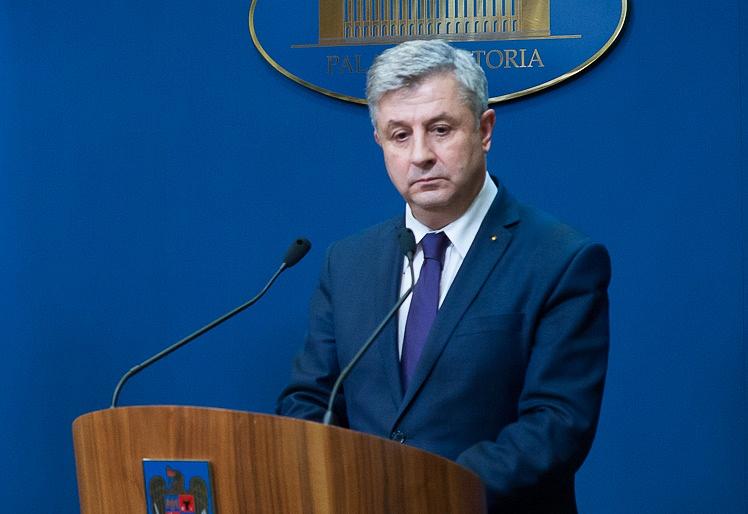 Romania’s justice minister Florin Iordache continues to support the measures to pardon some categories of inmates and to bring important changes to the criminal law, which have been highly criticized by the President and magistrates, and have determined street protests.

Meanwhile, even Iordache’s party leader, Liviu Dragnea, claims he hasn’t understood exactly what the Justice Ministry’s bills are about.

The Save Romania Union (USR), one of the main opposition parties in the Parliament, announced it would initiate a no-confidence motion against the Government on this matter. The National Liberal Party (PNL) also supports this initiative. However, chances are slim for such a motion to be adopted, as the Social Democratic Party (PSD) and the Alliance of Liberals and Democrats (ALDE) hold the majority of seats in the Parliament and they favor the Government's justice bills.

The Justice Ministry announced on Thursday that it would organize a public debate next Monday on the two bills, according to News.ro.

In order to take part in the public debate, people have to send an email request until today 12 PM. The public debate will take place on Monday morning between 10-12, in a room with a capacity of 50 places at the headquarters of the Justice Ministry. In the case of associations interested to take part, up to two people per organization can join the debate. The time granted for each intervention amounts to three minutes per association, respectively for individual participant.

On Wednesday, the Romania’s Superior Council of Magistracy (CSM) issued a negative opinion on the draft emergency ordinances. However, CSM only has a consultative opinion.

The draft project promoted by the Justice Ministry grants full pardon for jail convictions of up to five years, excluding a series of crimes. It also reduces to half the sentence of pregnant women and detainees over 60, and those with incurable diseases in terminal stages. The half pardon fails to exclude a series of crimes.

Several politicians and investor, who are in prison for corruption-related sentences, may benefit from these bills. Moreover, even suspended prison sentences may be pardoned. PSD leader Liviu Dragnea has such a sentence.

The other bill changes the way some corruption crimes are defined and the rules for denounces, making it more difficult to prosecute public officials for conflict of interests, abuse of office, and bribery, according to justice specialists.