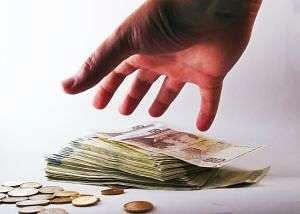 Romania’s Government plans to bring several changes to the country’s criminal laws via emergency ordinance. One such change aims to redefine abuse of power in the Penal Code, according to an emergency ordinance draft published by the Justice Ministry on Wednesday, January 19.

Thus, public administration officials will be prosecuted for abuse of power only if the damage they cause is over RON 200,000 (EUR 44,000) and only in the damaged side files a complaint within three months from the moment it gets knowledge of the facts.

The maximum punishment for abuse of office will also be reduced from 7 years to 3 years of jail time, if the emergency ordinance is approved in the current form.

These changes will apply immediately after the ordinance becomes effective, even for ongoing corruption cases, as the Romanian criminal law says that the most favorable dispositions always apply in judging criminal cases.

The National Anticorruption Directorate (DNA) reacted to the draft ordinance published by the Justice Ministry and pointed out that these changes would affect many of its ongoing cases. Abuse of office is one of the most common corruption related crime in Romania.

DNA also pointed out that the emergency ordinance draft also brings changes to the way conflict of interests is defined in the penal code. “A public clerk will have no problem in providing advantages to private companies in which he has or had a direct interest,” reads DNA’s statement.

The ordinance also aims to change how denouncement works in Romania. The denouncement would thus only be valid if made within six months from the moment of the crime. This change would also make it very difficult to find corruption offenses that are over six months old, especially bribery cases, which are often based on denouncements.

According to DNA, denouncers rarely notify the authorities immediately after being involved in a corruption deed, because they are usually happy with what they get on the short term. Denunciations usually come when conflicts appear between the participants to a crime or when one of the participants wants to get a lower penalty for his deeds.

“It’s unexplainable why someone wants to protect those who have taken bribes and to guarantee that, after six months, they can no longer be held accountable,” DNA said.

DNA also stated that modifying the criminal law through an emergency procedure and without an objective analysis to prove the necessity of such measures, is unjustified. According to the prosecution body, the changes may also favor certain people.

Romania’s Justice Ministry published two emergency ordinance drafts on Wednesday, January 18. One targets the pardoning of some convicts and the other brings changes to the criminal law. The Romanian media reported on Tuesday that the Government planned to adopt the two ordinances on Wednesday, without any public consultation.

President Klaus Iohannis prevented this by unexpectedly attending the cabinet meeting on Wednesday morning to make sure that the two ordinances wouldn’t be included in the agenda. He made it clear that such measures must be discussed publicly before being approved by the Government.

After the Government meeting, Prime Minister Sorin Grindeanu said that the two emergency ordinances were not supposed to be discussed on Wednesday. However, he pointed out that the Government had the legal right to adopt such measures as pardoning and changes to the penal code.

Romania’s General Prosecutor, the president of the High Court of Cassation and Justice, and DNA’s chief prosecutor all stated yesterday that there was no justification for adopting such measures.