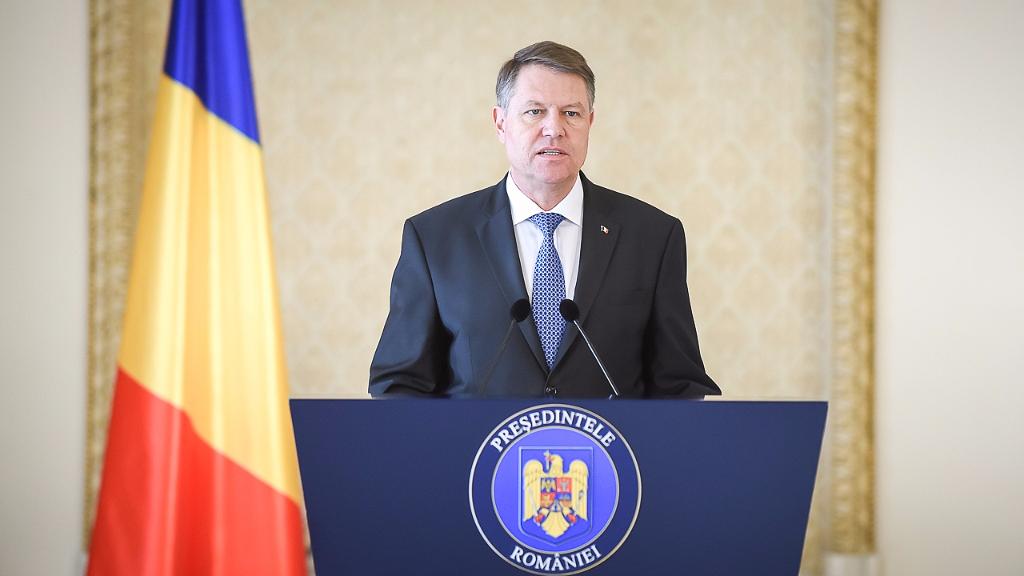 Romanian President Klaus Iohannis urged the Government to withdraw the two emergency ordinances that bring changes to the criminal law, as voices from the Justice system say that these documents are “improper” and were made with dedication.

“The draft emergency ordinances on pardon and the amendment of the Criminal Law are improper, unacceptable, and seem to have been made with dedication, most authorized voices from the Justice system say. The General Prosecutor’s Office, DNA, the High Court of Cassation and Justice, DIICOT, associations of magistrates, and civil society organizations spoke out strongly against amending the legislative framework for corruption, abuse of power and integrity, in un urgent manner, without objective analysis, and lacking transparency,” the President said in a message posted both on the Presidency’s website and on his Facebook page.

Thus, there are enough arguments for the Government to withdraw these emergency ordinances, the President added.

On Wednesday, the President unexpectedly went to the Government meeting and asked Prime Minister Sorin Grindeanu not to approve any ordinances to change the criminal law without transparent public consultations.

The same day, the Ministry of Justice put up for public debate two emergency ordinances drafts. One of them establishes what convicts would benefit from pardon, and the second one brings several changes to the Criminal Code, including the abuse of power offense. The two documents have triggered many reactions from politicians, officials, and institutions from the justice system, and the civil society. The General Prosecutor, the National Anticorruption Department (DNA), former Prime Minister Dacian Ciolos, and the president of the High Court of Cassation and Justice are some of those who said that the measures are not justified.

General Prosecutor Augustin Lazar has been one of the most vocal critics of the documents, saying that the rush to adopt these two ordinances has no justification and that the proposed measures have been generated by “occult interests” and not by real needs.

The Save Romania Union (USR) party also announced that it would start a simple motion against justice minister Florin Iordache, who initiated and supported the new changes. Iordache motivated that the pardon is a necessary measure because the Romanian prisons are overcrowded and pardoning some prisoners would help solve this problem. According to him, eight prisons in Romania have an occupancy rate of over 200% and the average occupancy rate in the system is 157%. This may lead to a pilot decision against Romania from the European Court of Human Rights.

People also reacted to the Government’s decision to pardon prisoners and change the criminal law, and decided to protest against the new Government and the PSD and ALDE leaders. Several protests took place in Bucharest and other large cities in the last two days, with major rallies being expected to be organized on Sunday.