Prince Charles reveals what brings him to Romania 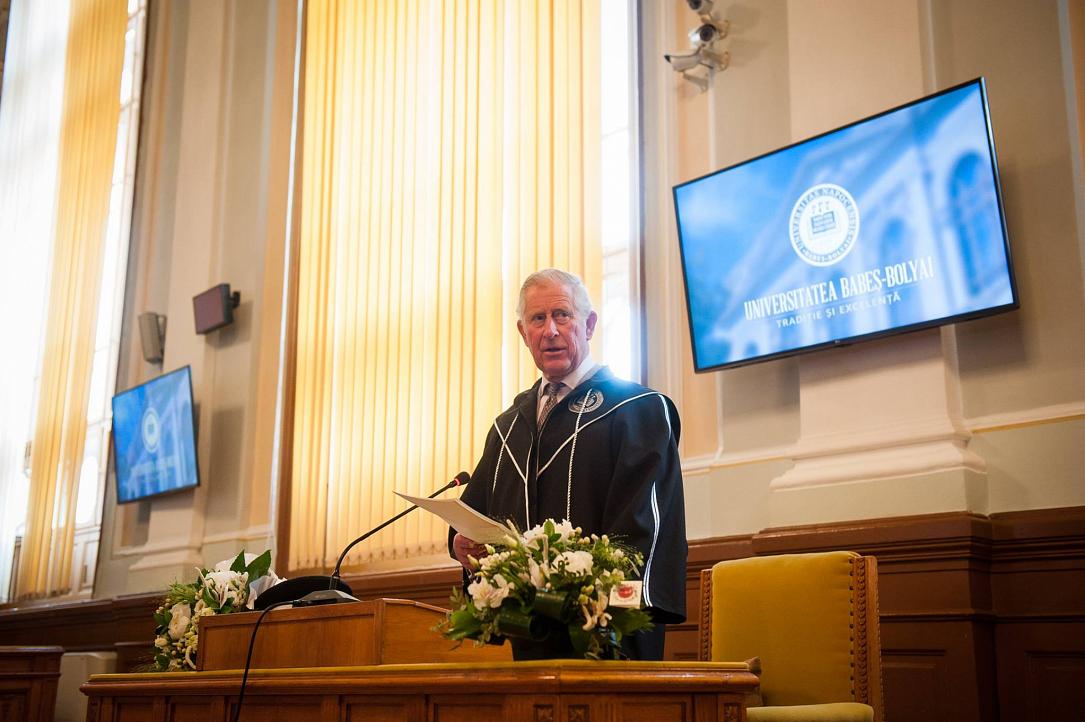 Prince Charles of Wales, the heir to the throne of the United Kingdom said his Romanian friends, the cultural and nature patrimony of the country and its traditions are among the reasons that bring him to Romania, Agerpres reported.

The prince was in Cluj-Napoca, in western Romania, on May 29, to receive the Doctor Honoris Causa title from the Babeș-Bolyai University. A fan of Romania and its Transylvania region, he owns several old properties in the country, in Viscri (Brasov county), Valea Zălanului (Covasna), Mălâncrav (Sibiu), and Breb (Maramures).

“I have often been asked about what brings me so often to Romania, what makes this place so special. The answer is, to me, very simple: you, my Romanian friends; your cultural and nature patrimony, your traditions, but also your capacity for innovation and change. All that you represent after centuries of history – your identity and your entire potential. All the energy you can expand to change something. These are the things that make you truly special in the entire world,” the prince said in the speech delivered at the Babeș-Bolyai University.

The prince began his speech in Romanian, thanking the audience for the “honor” of being granted the title from “Romania’s oldest university.” He mentioned that “precisely” 20 years have passed since his first visit to Romania, in Transylvania in 1997, and evoked the beauty of the region and the powerful impression it left on him.

“It is rare, maybe unique in Europe, to find productive landscape so well preserved and functional, at such a large scale,” the Prince of Wales said, highlighting the natural richness of Romania, where 200 species of butterflies exist, compared to only 40 in the U.K.

“We, the rest of the world, have something to learn from this cultivated landscapes of Transylvania. They have a spiritual but also social, economical and ecological significance. Does this thing matter, in today’s cynical times, when there is the so called obsession of efficiency and convenience? Yes, it does matter, because the essential is in these landscapes where man still lives in harmony with nature,” the prince said.

The senate of the Babeș-Bolyai University decided to grant Prince Charles the Doctor Honoris Causa title in recognition of its distinguished contribution to promoting the Romanian cultural and nature patrimony and for strengthening the cooperation between Romania and the U.K.

The prince received the Doctor Honoris Causa title from the University of Bucharest in 2014.

The Viscri village in Brasov county, in central Romania, where the prince vacations often, received last year 34,000 visitors, 60 times more its population, TVR reported. The village is now looking to enforce traffic restrictions in order to protect its patrimony.