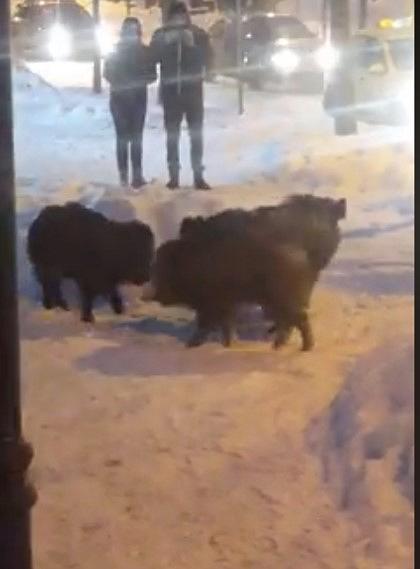 The person who filmed the video says it is not unusual to see wild boars in their “night walk” in that part of the city.

The animals go down into the city looking for food.

The authorities recommend people to stay away from the animals, which can turn aggressive, and call 112 if they see wild animals in populated areas.