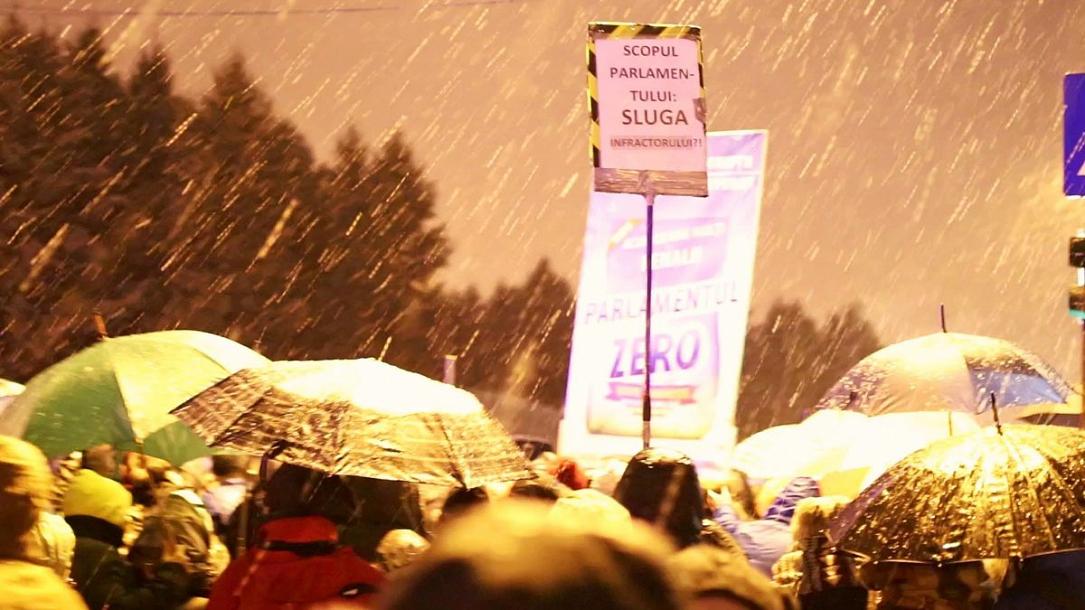 New protests against the proposed changes to the justice laws and criminal codes took place in Bucharest and other big cities in Romania, on Sunday evening.

Some 10,000 people went to the streets in Bucharest. Their protest was inspired by a quote by the late King Michael: “We must resist the present and prepare our future.”

The protesters started from Victoriei Square and marched to the Constitutiei Square, where they wanted to protest in front of the Parliament’s Palace, but the gendarmes pushed them towards the nearby Izvor park and didn’t allow them to block the boulevards in the area. The protesters shouted against the gendarmes.

The Chamber of Deputies approved last week several changes to the justice laws and started discussing new changes to the criminal codes. The proposed changes may weaken justice in Romania.