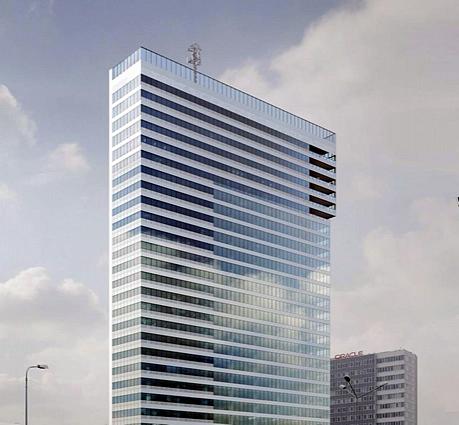 The office project Bucharest One developed by the Greek investor Ioannis Papalekas has been renamed Globalworth Tower.

More than half of the building was pre-leased by the end of December last year, according to a Globalworth report cited by local Ziarul Financiar. Most of the tenants will move to the building in the second and third quarters of this year.

The building has a rentable area of 54,000 sqm. It is located near the Aurel Vlaicu subway station. The work on the project began in 2014.

It is the second tallest building in Bucharest after the Sky Tower project that has 137 meters.