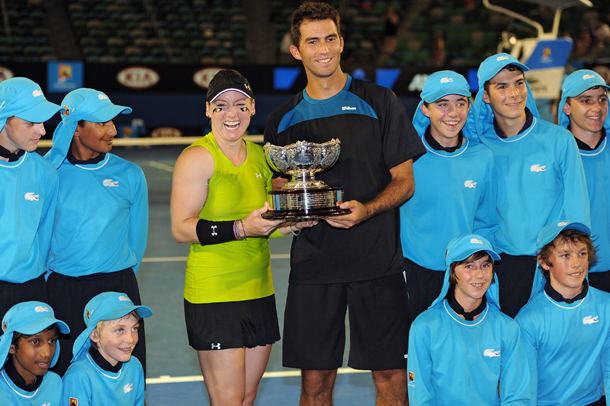 Romanian tennis player Horia Tecau (in picture, right) was chosen to wear Romania's flag at the opening ceremony of the Olympic Games in London, on July 27. Earlier this year, Tecau had his first victory in a Grand Slam tournament and also the first triumph of a Romanian tennis player in a Grand Slam final after that of Virginia Ruzici at Roland Garros in 1979. Horia Tecau and American Bethanie Mattek-Sands won the mixed doubles final at Australian Open.

The athlete who will wear Romania's flag at the closing ceremony on August 12 will be decided from among the best performers during the Olympics.

Romania will send 104 athletes to the Olympic Games, competing in 15 disciplines. The delegation will also include 58 officials and the head of the group Alexandru Epuran and the vice-head Florin Misca.