President to the Parliament: Romania needs a strong Government that does its job transparently 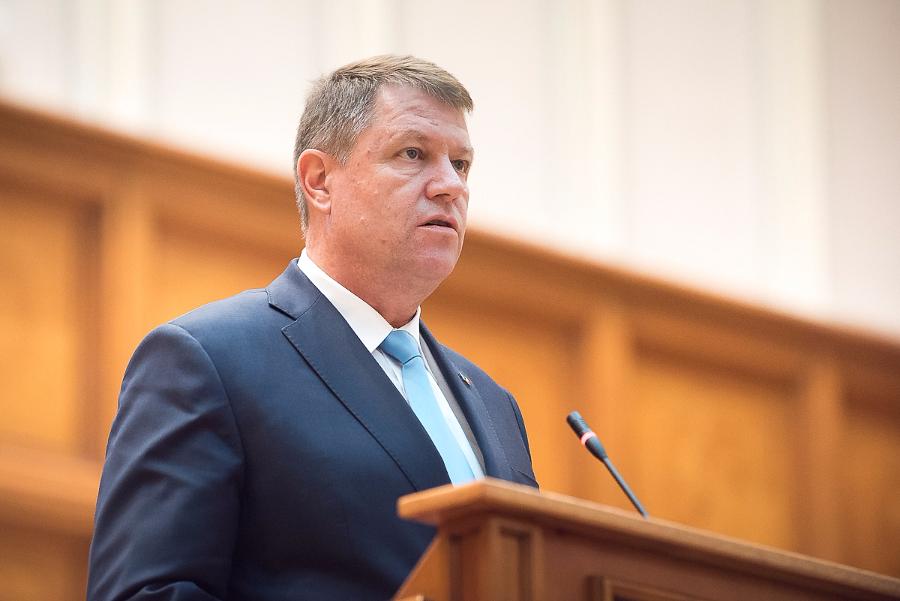 Romania’s President Klaus Iohannis addressed the Parliament on Tuesday saying that he had no intention to overturn the result of the December 11 parliamentary elections and that early elections were not the solution to solve the current social tensions caused by the Government’s recent decisions on justice.

However, he said that the Government’s decision to repeal the emergency ordinance that was supposed to weaken the fight against corruption in Romania, and the deferred resignation of the minister who supported that bill, were “certainly too little.”

He asked the Social Democratic Party (PSD) to fix the situation that they created by trying to pass a legislation that solved a couple of politicians’ legal problems, using the Government as a tool for that. He also said that Romania needs a strong Government that does its job transparently and predictably, and that the people who are at the helm of the state’s institutions should be integer.

He also congratulated the people who got to the streets and even brought their children to Bucharest’s Victoriei Square, to defend democracy in Romania.

This was the President’s first speech after the massive protests in Romania last week, caused by an emergency ordinance adopted by the PSD-ALDE Government led by Sorin Grindeanu on Tuesday evening, which changed the Criminal Code and weakened the fight against corruption. The Government repealed the ordinance on Sunday and made an appeal to unity.

The president of the Chamber of Deputies Liviu Dragnea, who’s also the head of the Social Democratic Party (PSD), and the president of the Senate Calin Popescu Tariceanu, who’s also the leader of the Alliance of Liberals and Democrats (ALDE), both called for unity and hoped the President would do the same. However, they made a very cold welcome to President Iohannis and didn’t go to greet him but waited until he reached the Parliament’s presidium to shake his hand, a gesture that Iohannis answered with a fine irony at the beginning of his speech. “I thank you for the patience to wait for me in the room.”
Iohannis seemed to be in a spirited mood and smiled as he stepped at the lectern. The Opposition MPs applauded him vigorously.

The President also noticed that the Government’s members were not in the room (the Parliament’s presidents decided not to call them). “No problem, I have already visited them,” Iohannis said smiling.

He began by saying how he would have liked to talk to the Parliament about important things, such as the celebration of 100 years since the creation of modern Romania next year or the country project for a powerful and prosperous Romania.

“But these are not ordinary times. We are in full crisis, hundreds of thousands of Romanians protest in the streets. The nation is alive, is alert, and is very discontent,” Iohannis said, citing a poll that shows that 80% of the Romanians think the country is going in a wrong direction. “How did we get here only a month after the elections?”

“On December 11, PSD won a great victory (applause from the majority MPs), but after that (applause from the opposition side), with a strange kamikaze strategy, they went into full collision with a significant part of the Romanian society. They promised something in the campaign and in the first days they started doing something else,” the President said, then addressing the majority MPs directly: “The Romanian people’s prosperity was not your first concern. Your first concern was to solve the records of the corrupt politicians. And Romanians are outraged.”

“What’s the solution to get out of this deadlock? The repealing of Ordinance 13 and the potential delayed resignation of a minister is certainly too little. Early elections, however, is too much at this stage. This is the room for maneuver. Who should come with the solution? Naturally, those who created the problem, PSD.” The President’s speech is interrupted by an uproar from the majority MPs who leave the room. “Have you already grown tired? Bad luck,” the President taunted them and went further with his speech.

“The President of the two chambers are trying to accredit the idea that I don’t like the vote result in the elections and that I’m trying to do something to change this result, that I want to overturn the legitimate Government. (‘You broke Romania in two’ - shouts someone in the room) This is false! You won, now rule and make laws! But not in any way. Romania needs a strong Government, not one that shyly executes orders received from the party. Romania needs a Government that rules transparently, predictably, at the light of day, not stealthily at night,” Iohannis said.

“Make laws for Romania, not for a group of politicians with legal problems. Rule, those of you who won the elections, but rule responsibly. Society has great expectations. The people who voted for you believed your promises. Do what you promised!” the President added.

He then pointed out that both the business environment and Romania’s foreign partners have great expectations that shouldn’t be disappointed.