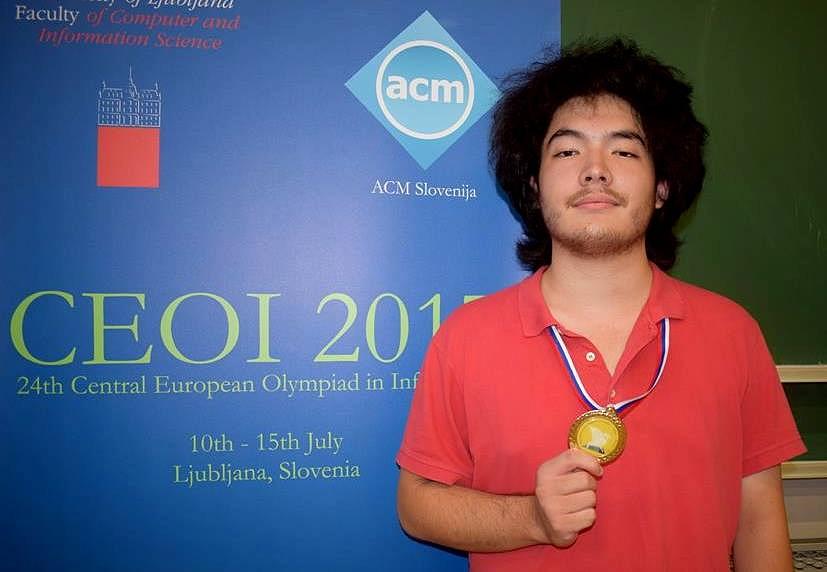 Romanian Tamio Vesa-Nakajima, a former gold medalist at the International Informatics Olympiad, finished top of his class in his first year at Oxford, where he studies computer science. He was also elected president of the Romanian Society at Oxford University.

The student, who was born in 1999 in Timisoara, of a Romanian mother and a Canadian father of Japanese descent, finished his first year with a score of 8.95, local Agerpres reported.

As president of the Romanian Society at Oxford University, which he says comprises almost all the Romanian students at the Oxford University, Tamio makes sure that all members enjoy the advantages offered, he coordinates events and collaborations with Romanians from other faculties, or talks with various personalities to support courses or discussions with members of the society.

Until the second grade, Tamio Vesa-Nakajima lived in New York, where his mother Adriana Vesa runs a contemporary art gallery. However, he finished high school in the Romanian city of Beius, Bihor county, where his grandparents live.

Besides computer science, Tamio has also been a passionate pianist since childhood, a talent he inherited from his father, musician Tateo Nakajima. He began composing at the age of 12 and still finds time to compose and improvise both at home in Beius as well as in the UK, where he has a piano, a large rehearsal room, and the opportunity to play piano very often with colleagues who study music.

Tamio Vesa - Nakajima chose to continue his studies at the Oxford University, after being accepted by three other prestigious universities: the Massachusetts Institute of Technology in Boston, New York University (NYU) and Waterloo in Canada. For now, he believes he will have two options after graduation. He will either follow a career in academia, joining the body of researchers and university professors, or he will choose to work with a large company in the industry area.