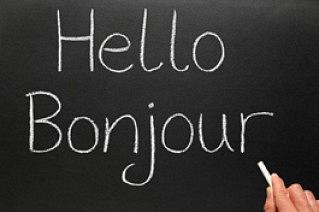 Some 94% of the people audited by organizations in Romania have good or very good knowledge of foreign languages, according to the results of an analysis performed by language service company Eucom, part of Ascendis Group. Most of them can communicate in English, French, or German.

“In 2015, Eucom consultants reviewed over 4,500 young professionals who were put through a series of tests to determine their actual level of foreign language knowledge. The results of the evaluations show that 69% of the people assessed are independent users of a foreign language, meaning that they can communicate accurately and use various vocabulary terms coherently, on familiar or more challenging topics,” said Eucom partner Delia Dragomir.

Moreover, a quarter of those evaluated are experienced users, which means that they can easily take part in conferences or business meetings held in the respective foreign language.

Companies usually require language audit services during recruitment procedures, but they also test the employees before promotions or before awarding them performance bonuses.

“The languages for which our linguistic audit services have been most frequently in demand were English, French, German, Italian, and Spanish. Out of the total assessments made last year, 31% were for English, 22% for French, 18% - German, 11% - Spanish, and 6% -Italian,” said Delia Dragomir.

Eucom is a language service company established in 2002 by Silviu and Delia Dragomir. The company has been part of Ascendis Group since 2013.