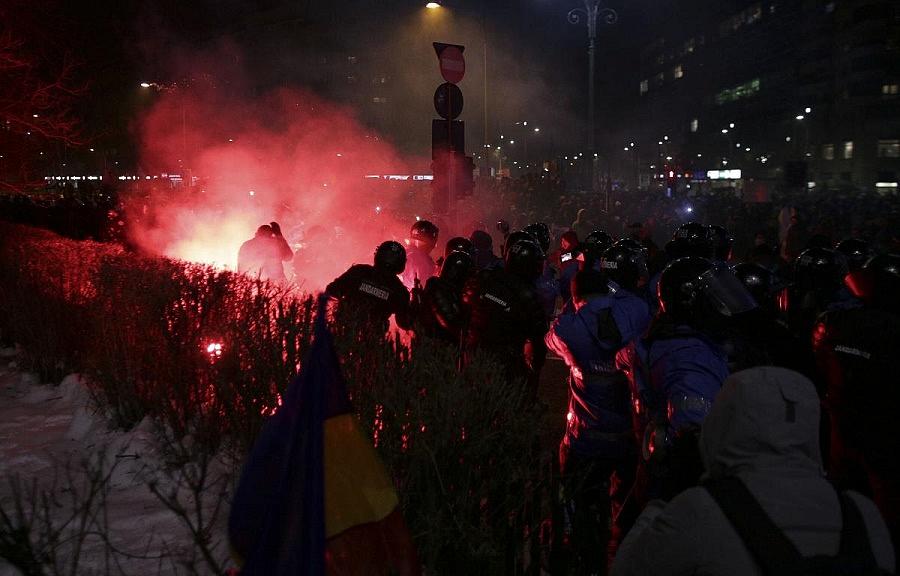 The protest in Bucharest against the Government’s changes to the criminal law, the biggest Romania has seen in the last 25 years, ended with incidents, after a handful of hooded violent protesters started throwing firecrackers and smoke bombs at the gendarmes guarding the Government’s headquarters.

The gendarmes increased the perimeter around the Government building and tried to isolate the violent protesters, who are believed to be ultras fans from the galleries of two local football teams in Bucharest.

Most of the 120,000 people who had been protesting peacefully until this incident occurred left the square, but about 1,000 still remained and tried to convince the gendarmes that they just wanted to continue their peaceful protests.

However, a few isolated protesters continued to throw things at the security forces. Thus, the gendarmes decided to clear the square.

Two gendarmes and two protesters were injured in the violent incidents and a billboard was torched.

Several hooligans were held by the security forces. The gendarmes found 10 Molotov cocktails and two knifes on the people held, according to Digi 24 news station.