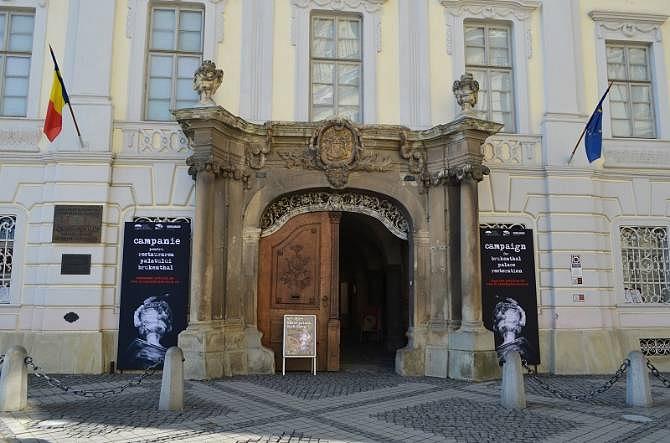 A famous historic building in central Romania, which hosts an equally famous museum, has been on the waiting list for a renovation for the  last nine years, to no avail.

The Brukenthal Palace in the Central Romanian city of Sibiu will soon be 200 years old and has never been renovated. Located in Sibiu’s big square, it was the first museum in Romania, and is now one of the oldest in Europe.

Because of its poor condition, however, its managers will most likely have to restrict access to some parts of the art museum it hosts.

They’ve started a campaign to raise awareness and help push renovation work. It is called White Palace-Dark Story, and started in early March, with an end target in May this year.

„We have been making all official steps to different institutions to have the Palace renovated, we've never received a positive answer in nine years,” according to Brukenthal Museum officials.

The museum managers and the Brukenthalia association even started an online petition, which gathered over 3,400 signatures so far, many of which from foreigners. The organizers however need more to boost awareness and convince the state offer it support in renovating the building. To sign the petition, go here.

The Palace was built in the 18th century by Baron Samuel von Brukenthal, the only representative of the Transylvanian Saxon community who acceded to high public office in the Austrian Empire under the Empress Maria Theresia. The palace is of late Baroque influences and was modeled on the palaces in the imperial capital  at the time. More about the museum history can be found here.