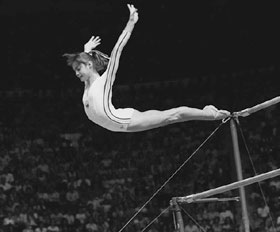 Nadia Comaneci is probably the most famous Romanian in the world, being the first gymnast to receive a perfect score of ten in an Olympic competition. The story below is the first of a series which will cover famous Romanians - people you might have heard of, but also Romanian icons not so much known abroad.

Nadia Elena Comaneci was born on November 12, 1961, in Onesti, Romania. At the age of 6, she was spotted doing cart wheels by the well-known Romanian gymnastic coach, Bela Karolyi. He and his wife Marta were looking for young children to train for the Romanian National Junior Team.

Three years later she entered her first official competition, the Romanian National Junior Championship. She finished thirteenth, but the following year, she won the competition. She continued collecting several junior titles until she began senior competition in 1975. 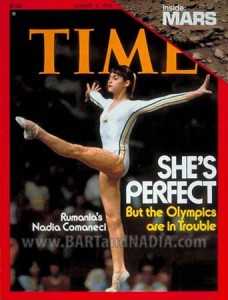 The same year, she took part in the European Championships for the first time and went on to win the all-around title, as well as three of the individual events. That was her first major international success.

When she was 14, Nadia Comaneci became the star of the 1976 Summer Olympics in Montreal, Canada, when she earned the first score of ten. (It was on August 2nd that year - so 34 years ago). The record breaking moment came with Nadia’s performance on the uneven bars. The electronic display was not set to display the four digits of a 10,00 score, so the scoreboard simply showed 1,00. She scored 6 more perfect 10’s that day, making it 7 in all. She won three gold medals for the all-around competition, uneven bars and balance beam, a silver medal for the team competition and a bronze medal for the floor exercise. 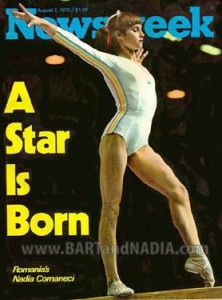 Comaneci became the first Romanian to win the all-around title and she was also the youngest all-around champion at 14 years old. Nadia continued her dominance through the 1980 Olympic Games in Moscow, winning two more gold and two silver medals.

She retired from competition in 1984. In 1989 she left Romania and settled in the United States. In 1996 she married former U.S gymnastics star Bart Conner. They went on to create the Bart Conner Gymnastics Academy, the Perfect 10 Production Company and sports equipment shops.

In December 2003, Nadia’s autobiography, 'Letters to a young gymnast', was published.

Nadia still remains involved with the sport through TV commentary and the column that she writes for the International Gymnast Magazine. She is the Honorary President of the Romanian Gymnastics Federation, the Honorary President of Romanian Olympic Committee, Ambassador of Sports of Romania and a member of the International Gymnastics Federation Foundation 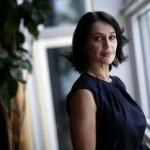 She has frequently been involved in events which promoted Romania abroad – the most recent was the launch of the Romanian tourism campaign, where she was present along with Ilie Nastase and Gheorghe Hagi – two other famous Romanian sport stars.