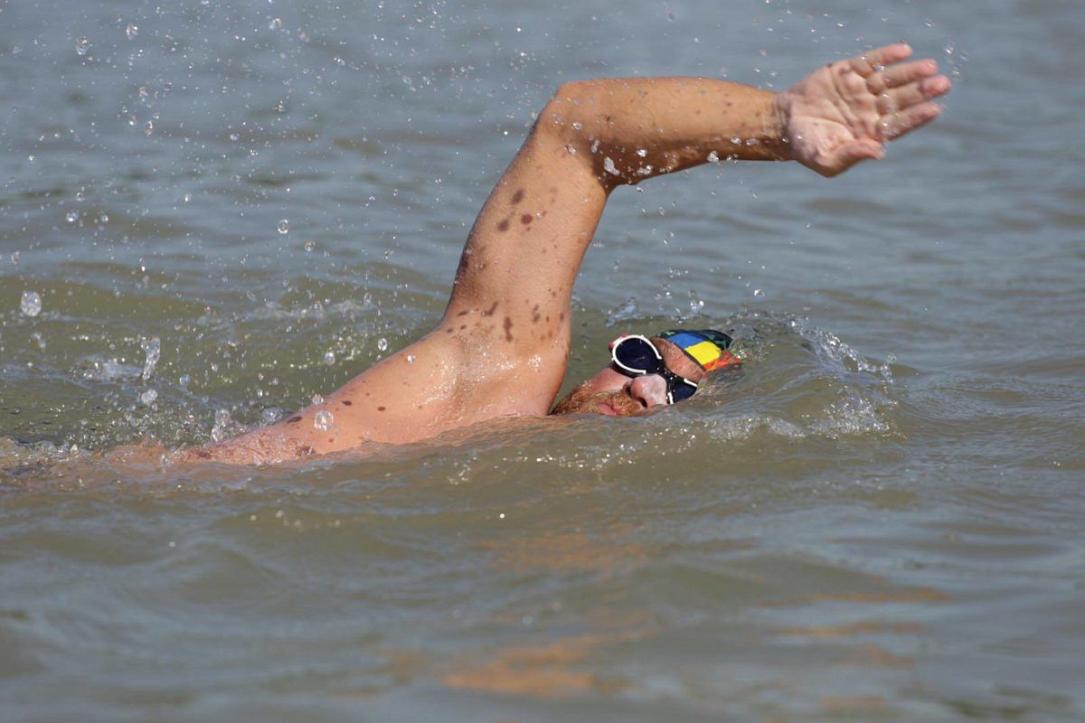 Romanian librarian Avram Iancu, who last year swam across the English Channel without a neoprene suit, has managed yet another great performance: he managed to swim 2,800 km along the River Danube without thermal protection.

He thus became the first person in the world to complete this swimming race without a neoprene suit or other aid items.

“The biggest problem was hypothermia, because I tried to swim without a protective suit. I went through a lot of trouble with this enemy in Germany and Austria,” Iancu told local Agerpres.

The Romanian left on June 18 for the Black Forest in Germany, the place from where he started the challenge. The long journey began on June 20 from Donaueschingen and ended on September 16 in Sulina, Romania.

Avram Iancu said that he wanted to transpose into reality the adventure of the main character in The Danube Pilot, a novel by famous writer Jules Verne. However, Iancu swam the length of the Danube, unlike the novel’s character, who traveled down the river in a boat.

According to Avram Iancu, only two people managed to swim the Danube River so far. One of them is Slovenian Martin Strel, who, in 2000, swam for 58 days using a neoprene suit. Six years later, Canadian Mimi Huges finished the same route after 90 days, also equipped with a neoprene suit.

Last summer, Avram Iancu swam the English Channel without a neoprene suit in 18 hours. It was his fourth attempt. Back in 2014, he wanted to become the first Romanian who swims the English Channel, but he didn’t finish the quest. He tried again in 2015, but the odds were once again against him.