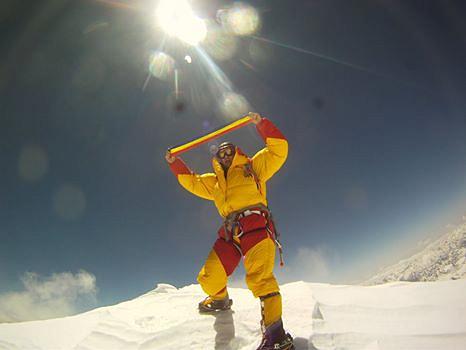 Horia Colibasanu, one of Romania’s top mountain climbers, has achieved a great performance on Tuesday morning (Romania time), as he reached the highest point on Earth, the peak of Mount Everest (8,848 m), without supplementary oxygen or Sherpa support.

The summit push lasted 12 hours but it was worth it, especially as this expedition is a first for Romania and an outstanding sporting performance at international level.

Everest is the eighth 8000-meter peak in Colibasanu’s portfolio, but he wants to climb all 14 eight-thousanders in the world. In 2004, he climbed the K2, the world’s second highest peak at 8,611 meters above sea level, without additional oxygen or the help of Sherpas.

Horia Colibasanu was born in 1977 in Timisoara, western Romania. He has a day-job as a dentist, which he practices in his home city. He has been climbing mountains outside the country since the age of 21. The Everest climb was his 19 international expedition.

The first Romanian who submitted the Everest was Constantin Lacatusu, on May 17, 1995.