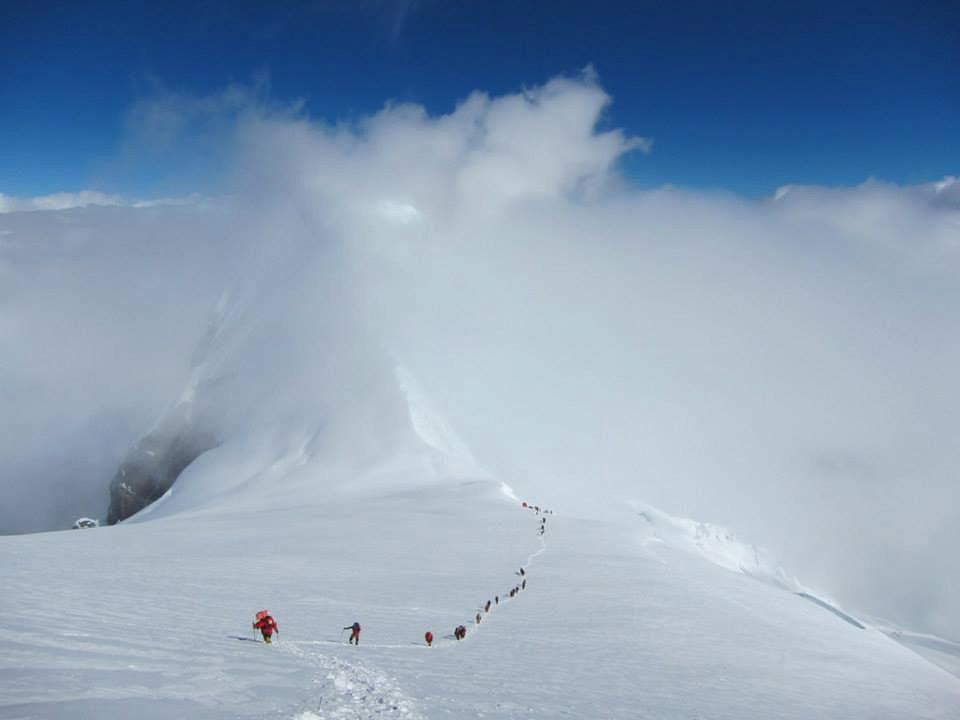 Romanian climber Radu Albu reached the Manaslu peak in the Himalayas this September. Manaslu (8,163 meters) is the eighth-highest mountain in the world. He reached the peak on September 28.

Before his expedition, he trained on Mount Kilimanjaro, in Africa. Overall, the preparations to tackle Manaslu lasted almost one year.

“You try to accustom your body with the lack of oxygen and you climb gradually, then descend […] In the first day you take it to 5,000 [meters], than lower the body to 4,000, the following day you climb to 5,5000 then you go down to 4,5000. I did three acclimatization cycles for Manaslu,” Albu said, quoted by Stiri.tvr.ro.

Albu lives in Cluj Napoca, in western Romania. According to a presentation on his website, he is also a mountain guide and a climber. In 2015, he founded Extreme Expeditions, a company that organizes expeditions.

Romanian climbers Horia Colibasanu and Vasile Cipcigan reached the Manaslu peak in 2016, while Mădălina Condrea managed to climb it in 2017.