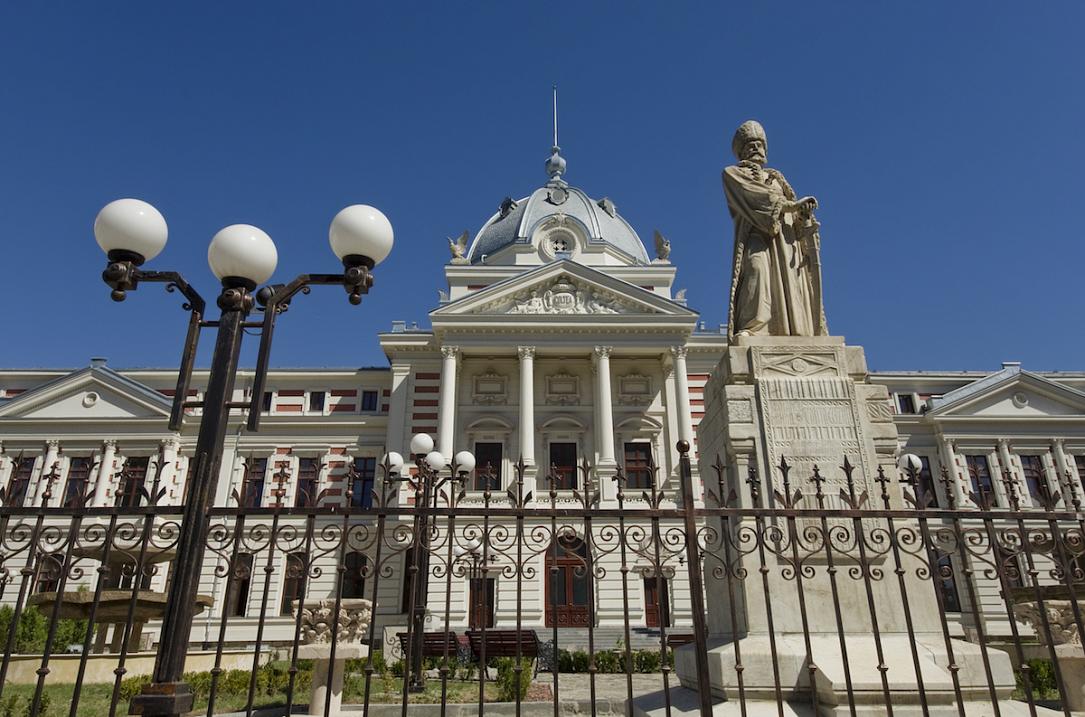 Descendant of one of the oldest aristocratic families in Europe, the Cantacuzino family, Mihai Cantacuzino is one of the most important historical figures of Romania and its capital Bucharest. Although he lived and died long before modern Romania was born following the Great Union of 1918, he left behind a memorable legacy, which is not one, but three centuries old.

Grand steward and great sword-bearer of Wallachia at the end of the 17th century, Mihai Cantacuzino was the founder of several religious settlements in Romania, including the Colţea Monastery in Bucharest, on the site of which the first hospital of the capital was also built more than 300 years ago. A statue of Mihai Cantacuzino can be spotted in front of this hospital today. This was also the first statue built in Bucharest.

Mihai Cantacuzino was born in 1640 and was one of the six sons of grand chamberlain Constantin Cantacuzino, the first member of the Cantacuzino family who settled in Muntenia. His father fell victim to the internal political conflicts of the second half of the 17th century and had a tragic end, being assassinated in 1662 at the Snagov Monastery. Left only with his mother, Mihai Cantacuzino traveled through the West and continued his education, studying in Padua.

After visiting the Mount Sinai Monastery in 1682, Mihai Cantacuzino returned to the country and erected the Sinaia Monastery between 1690-1695. This monastery was the first he founded.

The Colţea monastery ensemble in Bucharest, which can be considered the most important construction of this type founded by Mihai Cantacuzino, was built a few years later, between 1698 and 1714. It included the large church, three chapels symmetrically arranged on the eastern, northern and southern sides of the church, and the first hospital in Bucharest, which is still known today as the Colţea Hospital. The Colţea architectural complex is a landmark of the modern Bucharest of the last century. Nowadays, it still is an important part in downtown capital.

In the beginning, the hospital had 24 beds and was built for the poor, being funded with money from the monastery. The organization and operation of the hospital was based on the model of the Ospedale di S. Lazzaro e Mendicanti hospital in Venice. Unlike hospitals today, it was an institution which was specialized in the problems of the poor who were sick or disabled. Like most hospitals of that time built for those in need, this settlement also gave the wealthy ones the opportunity to redeem their mistakes by helping those deprived. Over time, Colţea became one of the first centers for medical education in Romania. Nowadays, the hospital is one of the most important medical institutions in Bucharest and the country, as well as an architectural landmark of the city.

Other churches founded by Mihai Cantacuzino include the Fundenii Doamnei Church in Bucharest, the Titireci Hermitage in Oltenia and the Assumption of the Virgin Mary Monastery in Râmnicu-Sarat. He also supported the construction and endowment of the Dealu Monastery in Târgovişte and donated an iconostasis to the chapel dedicated to the Holy Apostles, part of the Saint Catherine’s Monastery near Mount Sinai.

The rivalries and the intrigues of the time brought Mihai Cantacuzino's end. He was beheaded at Constantinople in 1716, together with Prince Ştefan Cantacuzino, high steward Constantin Cantacuzino and Radu Dudescu, the Prince's brother-in-law.

Today, the grand steward Mihai Cantacuzino is watching over the Colţea Church and the Colţea Clinical Hospital in the center of Bucharest. A statue of him stands in the University Square, on the I.C. Brătianu Boulevard, near the two iconic buildings of the capital (opening picture). This was the first statue placed in the capital (1865-1869). It was made of Carrara marble by the sculptor Karl Storck.