Some 2,000 people march for Romania’s union with Moldova in Bucharest, get vague promises from politicians 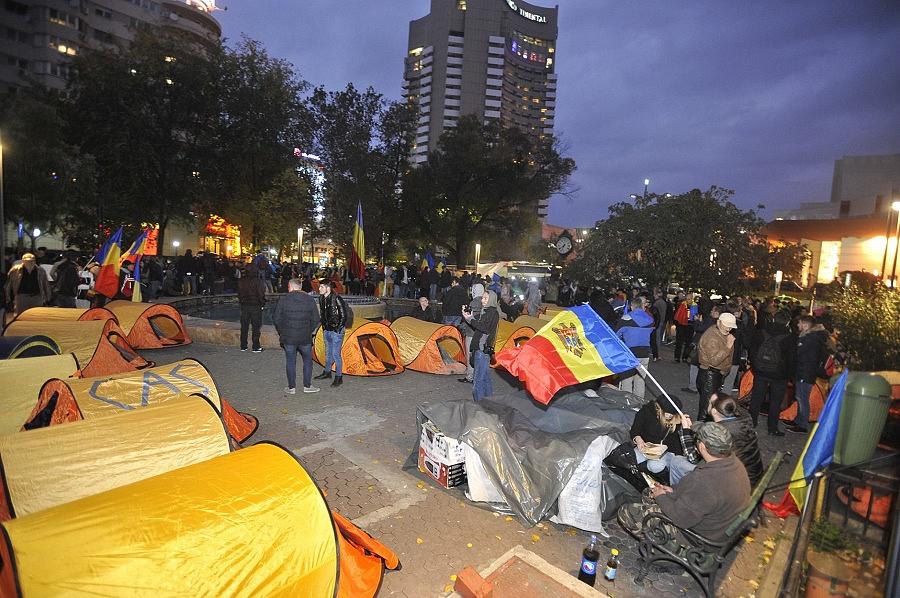 The theme of Romania’s union with Moldova has come back into public attention as both Romania and Moldova prepare for elections. A march for Bessarabia organized by the Unionist Platform Actiunea 2012 gathered some 2,000 people in Bucharest on Saturday, according to Mediafax.

The rally got media coverage in Romania mainly because of some incidents between the protest’s organizers and the police. The leaders of several important political parties in Romania met the platform’s leaders on Sunday and promised to support their cause, but the Presidency and Government didn’t react in any way.

The participants to the rally on Saturday marched from Bucharest’s Piata Unirii (Union Square) to Piata Universitatii (University Square), and further to Piata Victoriei (Victory Square), where Romania’s Government has its headquarters.

The march was marked by incidents as five of the movement’s leaders tried to break the Gendarme and Police belt and to return to University Square while blocking traffic on the Calea Victoriei boulevard. They had an altercation with the gendarmes, who held them and took them to a police station for questioning. Four of them were fined RON 3,000 (EUR 444) each. The gendarme and police intervention has raised some critics and interior minister Dragos Tudorache asked for a report on the events.

Some of the protesters returned to University Square and set up several orange tents there saying they wouldn’t leave until the Presidency, Government, and political parties met their representatives. They called on the local political leaders to clearly state that they would support a Union Declaration with Moldova, adopted by the Romanian Parliament, and include the union with Moldova in Romania’s country strategy. About 100 people spent their night in Piata Universitatii.

Social-democrat senator Ecaterina Andronescu said that PSD was open to supporting the idea of a declaration and would even include this topic in the political program for the elections while former Romanian President Traian Basescu said a Ministry of Reunification should be created and Moldova should start using the Romanian currency, which would make the process much easier. However, Basescu said that the unification would only be possible when the Parliament in Chisinau will also want it.

The Save Romania Union (USR) leader Nicusor Dan also met the platform’s leaders and said that Romania should first support the civil society in Moldova and the access of Romanian press in the country. He also said that Romanian investments in Moldova could be supported by a government fund.

The National Liberal Party (PNL) was the only big party that didn’t sent its representatives to meet the pro-union demonstrators. Neither did the Presidency and Government.

Romania’s union with Moldova is a theme that has produced powerful emotions among Romanians over the years, but it’s also a difficult political theme because of the international context and implications. Romania is a NATO member while Russia has troops in Transnistria, a separatist region in Eastern Moldova. Thus, both NATO and the US, on one side, and Russia, on the other side, would have an important say in this.

However, the union theme has been widely used for electoral purposes both in Moldova and Romania. Moldova has presidential elections on October 30 and the pro-Russian candidate Igor Dodon is one of the main opponents of Moldova union with Romania.