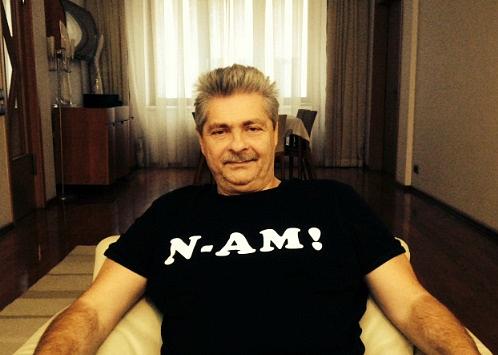 Sorin Ovidiu Vantu, one of the most controversial Romanian investors, and Liviu Luca, the former OMV Petrom union leader, were sentenced to six years in jail for embezzlement and money laundering. The two were found guilty of fraudulent misuse of some EUR 83.5 million that belonged to Petromservice, a company that used to provide services for OMV Petrom, the biggest oil and gas group in Romania.

The Bucharest Court of Appeal’s sentence is final.

According to the evidence presented in court, Liviu Luca, who used to be one of the most powerful union leaders in Romania, took control of Petromservice through and off-shore firm registered in Cyprus, called Elbahold Ltd. Elbahold got 49.35% of Petromservice’s shares in 2005 and Sorin Ovidiu Vantu financed this acquisition.

In 2007, Petromservice sold its oil services operations to OMV Petrom in a deal worth about EUR 325 million. At that time, the company was under pressure to pay millions in overdue liabilities to its employees, which is why Liviu Luca decided to shelter some of the liquidities from the OMV Petrom deal in offshore firms registered in Cyprus. These companies were controlled by Sorin Ovidiu Vantu, according to the prosecutors.

Vantu became famous after the FNI collapse, in 2000. FNI, which stands for Fondul National de Investitii (the National Investment Fund), was a Ponzi scheme that tricked some 300,000 Romanians to invest in it. Sorin Ovidiu Vantu, who owned the firm that managed FNI – Gelsor Invest – withdrew large sums of money from the fund days before its collapse and sold Gelsor to Ioana Maria Vlas, who was later held responsible for the fraud.

For some 10 years, Sorin Ovidiu Vantu was one of the most powerful people in Romania. He controlled a wide range of businesses and also influenced the local politics through his media group, which included several TV channels (including Realitatea TV), radio stations, newspapers, and a news agency.

His influence started to fade in 2009 as the financial crisis affected many of his media companies. Some went bankrupt while others were sold, including Realitatea TV. In 2010, Vantu’s problems with the law started. He was arrested twice, in separate cases.

In June 2012, he was sentenced to one year in prison for blackmailing his business partner, Sebastian Ghita, and in 2014 he was convicted to two years of jail time for helping fugitive Nicolae Popa, another one of his collaborators in the FNI business. He served both sentences.

In February 2015, the Bucharest Court sentenced him to six years and four months in prison for the FNI fraud. The decision is not final.

Vantu has been very active online in the past two years. He has a blog and a popular Facebook page, which has almost 125,000 fans, more than that of Prime Minister Dacian Ciolos.

Confessions of a Romanian mogul: Had the state caught me with everything I’ve done, I would have been in prison for life