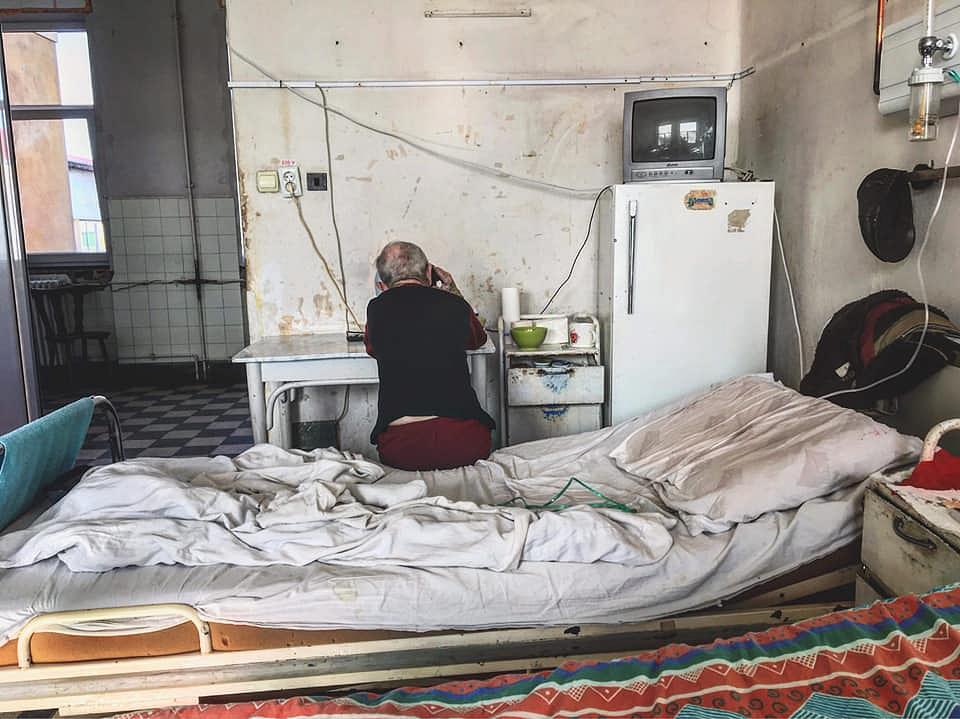 It’s not a secret that Romania’s public healthcare system is not the best, but a series of photos recently shared on Facebook reveal the very poor shape of two local hospitals.

A Romanian used social media to share two photos from the "Victor Babes" Infectious Diseases Hospital in Timisoara, which show very bad conditions for patients: paint peeling off the walls, rusty furniture, and sheets used to cover the windows.

The hospital manager and the city’s mayor said the hospital is being renovated, and the photos were taken in some of the facility’s old rooms that have not yet been repaired.

The manager of the medical unit also said that the medical unit has finally received funds for renovation, after 40 years, and the woman who shared the images on social media took the pictures from the "ugliest angle,” local News.ro reported. Moreover, she also said the bed linen is not dirty, as seen in the pictures, but "just old and very worn out".

In his turn, Timisoara mayor Nicolae Robu also shared a series of photos on his Facebook page, which show how the renovated rooms look like.

Meanwhile, another Romanian shared on social media some photos from the municipal hospital in Barlad, which show two patients sharing a bed. They are hospitalized in the Cardiology department of the Internal Medicine section.

Hospital spokesperson Adrian Gheorghiu told local Vremea Noua that the team that was on call that night is to blame for the situation. There were more men than women hospitalized at that moment, which means that there were free beds in the women’s rooms, the spokesman said. However, the medical staff preferred to ask two men to share a bed instead of bringing a bed from one of the rooms where the women were hospitalized, or take the patient to one of the rooms with free beds.

The 2017 Euro Health Consumer Index also showed that Romania’s healthcare system continues to be in a very poor shape. The country ranked last in the report for the second year in a row, scoring low for most of the important indicators taken into account for the ranking.