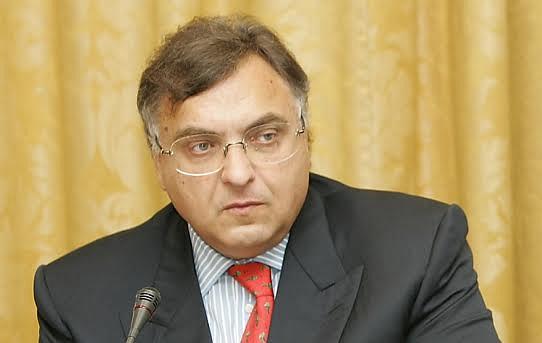 Romanian investor Dan Adamescu, who is currently serving a jail sentence of four years and four months for bribing judges, will stand trial in another case in which he is being prosecuted for the way he managed his insurance company, Astra Asigurari, which went bankrupt last year.

Several other people will also stand trial in the same case, including Angela Toncescu, who was president of the Insurance Supervisory Commission’s council (the current Financial Supervisory Authority – ASF). She is also charged with abuse of office.

Prosecutors from the National Anticorruption Department (DNA) say that, between 2011 and 2013, Dan Adamescu made several bad decisions for Astra Asigurari, using the company’s cash reserves for other purposes than its legal activity. Moreover, he also allegedly covered his actions by issuing distorted reports that prevented the insurance sector’s regulator to properly assess and supervise Astra’s activity and to protect the company’s clients. Thus, due to his actions, Astra went under special administration, and then was declared bankrupt. The damage brought to the insurer amounts to almost RON 800 million (some EUR 177 million).

According to DNA, one of the bad decisions Adamescu made in that period was lending some RON 106 million (EUR 23 million) to other affiliated companies without properly assessing the credit risk or taking precautionary measures.

The case was sent to the Bucharest Court, with the proposal to maintain the measure of judicial control on bail taken against Adamescu, as well as the seizure of some properties and stakes that defendant holds in various companies, up to the amount of over RON 857 million (some EUR 190 million), reads the DNA statement.

In return, Adamescu said that, after he had worked 15 years for Astra, DNA wrongly accuses him of its bankruptcy.

“I am extremely saddened and disappointed. After destroying the company that I built with my own hands, for which I worked day and night for a period of 15 years, and in which I invested all the group’s funds until the last moment, DNA now comes and accuses me of its bankruptcy?! The real culprits for Astra’s bankruptcy are not mentioned in this case. Why does the cover-up of the best-orchestrated bankruptcy in Romania still persist?” Adamescu said in an official statement.

Alexander Adamescu, the son of Dan Adamescu, also said that DNA’s desperate attempts to prevent the truth from being revealed would fail eventually.

The Adamescu family recently hired a famous American law firm to go against Romanian state. They claim that the cases against them have been fabricated by their business and political opponents in Romania who are trying to take their assets.