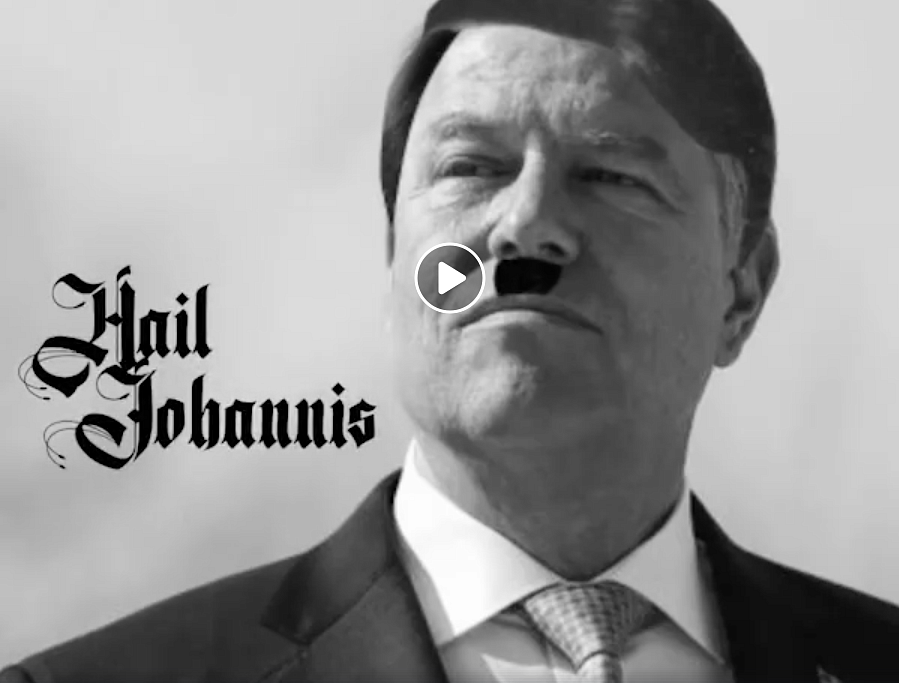 Darius Valcov, a former finance minister and the current economic advisor of prime minister Viorica Dancila, shared on his Facebook page a video in which president Klaus Iohannis looks like Adolf Hitler, the Führer of Nazi Germany.

An image of the president was edited to make him look like the German dictator, with the same moustache and haircut. The video, which is available here, also ends with the line: “Hail Iohannis.”

The same video transforms the # (hash tag) symbol of the anti-government #Rezist community into a swastika, the symbol of the Nazi Party.

This post came a few hours after Valcov shared a protester’s medical record on Facebook, which allegedly showed that the protester suffers from personality disorders. Valcov also called the protester “deranged”. However, in the text accompanying the video posted later, Valcov said that Facebook deleted that post.

The protester whose medical record was shared on social media by Darius Valcov said he would sue the prime minister’s advisor, local News.ro reported. Moreover, Ionel Danca, the spokesman of opposition party PNL, said Valcov must resign following these “extremely serious facts that affect the privacy of a person, the prestige of the presidential institution and the memory of the victims of the Holocaust.”

It’s not the first time when Darius Valcov attacks the president. About two weeks ago, he suggested in a Facebook post that president Klaus Iohannis may have had a deal with Austrian group OMV’s CEO Reiner Seele related to the offshore law.

Darius Valcov, who was finance minister in the former government led by Victor Ponta, was sentenced to eight years in prison earlier this year, in a case in which he is charged with influence peddling, money laundering and financial or trade transactions incompatible with the functions occupied. The sentence was not final, however.