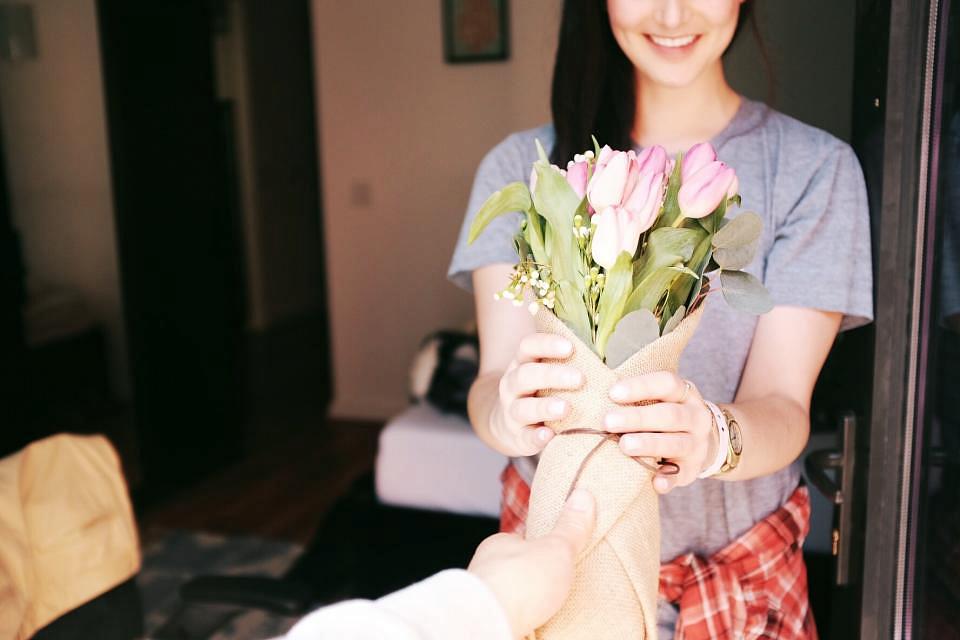 Guest writer Paul Wood shares his view on how Women’s Day is celebrated differently in Romania compared to Western Europe and the equality between men and women.

A week ago, sunny weather arrived in time for Mărţişor. Time to walk hatless and scarfless along the Calea Victoriei in the spring sunshine.

Romanians consider that spring starts on March 1 and men here celebrate it by offering martisoare to women. A martisor is a trinket, usually hand-made by peasants who come to Bucharest to sell them, though some fortunate ladies receive expensive versions of martisors encrusted with valuable gems.

I read in the papers that traditional mărţişors are going out of fashion, so I made a point of buying the most traditional ones I could find and giving them to the young women who work so diligently for me.

Even the red string on the mărţişors was homemade, said the lady I bought them from, who had come to Bucharest to sell them for three pounds each. She told me, in her lilting Transylvanian accent, about her village, fifteen miles from Bistriţa, where I am ashamed that I have never been (it gets mentioned at the start of that trashy potboiler, Dracula). I felt like one who has been long in city pent and a great surge of desire to be in the country. I would stop planning exotic holidays in China, Burma and Mozambique and spend the summer and Christmas with peasants in Romania. I have to get out of the city and see the real Romania while it still exists, before Romanian countryside becomes a patchwork of golf courses and shopping centres.

What I failed to do was invite a lady for dinner but today I have a second chance as March 8 is International Women's Day. A day which, if it is marked at all in the West, is celebrated by left-wingers and feminists, but in Eastern Europe, where they are sick of socialism and political correctness, it is about giving presents and inviting women to dinner.

In Romania, International Women's Day, March 8, is a charming opportunity to give flowers and chocolates but I still hate IWD because it is Marxist.

I had never heard of it till I came to Romania and it used to be unknown in the West, but now it gives rise each year to annoying articles in the leftish papers in England. One of my English women friends (30 and just became a mother, in case you imagine she is older) pointed out in exasperation on Facebook: "They always talk about 'exceptional' women who are so because they're doing something traditionally considered 'male'. How about women being exceptional, for heaven’s sake, for being mothers, wives, home makers?"

Does this point to oppression of women? Obviously not. Girls from the upper classes, after all, were taught to paint and draw for centuries. Nor does it mean women are in any way inferior to men. It points to men and women being very different - and, if one believes in a loving creator, very different by Divine purpose.

I am aware that a lot of women are achieving success in painting these days and am pleased about it. I do not think women are for some reason unable to be great painters or composers, but am sure there are reasons why so few have been until recently and it is not because of lack of opportunity.

Harvard University President Lawrence Summers lost his job because he thought there might be innate differences in mathematical ability between the sexes - and perfectly sensible, highly intelligent Englishwomen I know think it was right that he was pushed out. The late Christopher Hitchens, despite being an atheist, Communist (Trotskyite variety) and feminist also got into big trouble for saying that women are less funny than men. This is because of a false analogy between racial equality and sexual equality, which are not on all fours.

I have absolutely no wish to denigrate women, whom I regard as the superior sex. Most of the closest friends I have had in my life have been women. I find them more interesting than men.

Feminists can be religious believers, and vice versa, but modern post-1960 feminism is one of the consequences of the decline in religious belief in rich countries, because it assumes the differences in the sexes are arbitrary and not created by an all-loving God. In Romania, this idea has not caught on but it probably will do so one day.

Feminism is, I think, misogynistic. Vladimir Putin's pet political philosopher Alexander Dugin is not a thinker I admire (and is a pagan, by the way) but he makes a good point when he says that liberalism is the most ‘male affirming’ theory. Liberals ultimately conceive of emancipated woman as just another man, he says. I think this is right.

My last remark on the subject of International Women's Day is that I remember the late Alice Thomas Ellis, asked what was the greatest achievement for women, replied, 'The Annunciation'.

Flowers just a click away: Online flower shops in Romania for all the romantic men out there