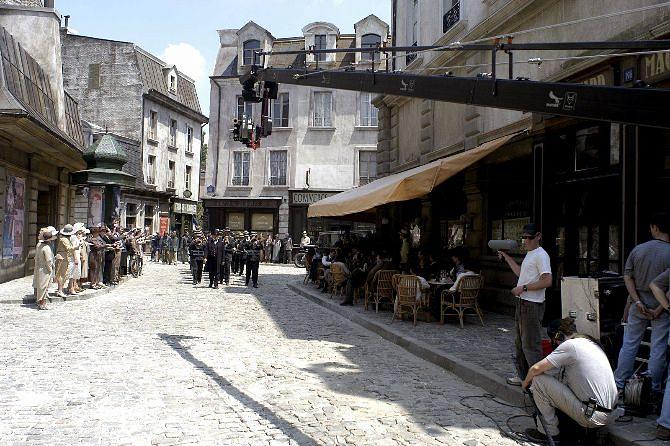 Romania has already become one of the established destinations for shooting movies on a lower budget. Several local film production companies are sharing the market, and since the early 2000s, attracting every year film makers which choose to shoot their movies partially or completely in Romania.

Here’s a curated list of foreign films shot in Romania, starting from the newest to the oldest.

The Dying of the Light –2014, to be launched in 2015 - directed by Paul Schrade, starring Nicolas Cage, filmed in Bucharest.

Ipu – Convicted to Live – A Farewell to Fools - 2013 - directed by Bogdan Dreyer, starring Gérard Depardieu and Harvey Keitel. Based on a novel by Romanian writer Titus Popovici. Filmed in Sighisoara and in the village of Saschiz, and in Bucharest.

One in the Chamber – 2012 – action film directed by William Kaufman, starring Cuba Gooding, Jr., and Dolph Lundgren. Most of the filming done in Romania.

The Brothers Bloom – 2008 – caper comedy directed by Rian Johnson and starring Mark Ruffalo, Adrien Brody, Rachel Weisz; shooting at the Peles Castle in Sinaia, as well as in Bucharest and Constanta.

Youth without Youth – 2007 – fantasy drama directed by Francis Ford Coppola and based on novels by Romanian writer Mircea Eliade, starring Alexandra Maria Lara and Tim Roth, among others; partially filmed in Romania, in Sinaia, Brasov, Constanta, Piatra Neamt and Bucharest.