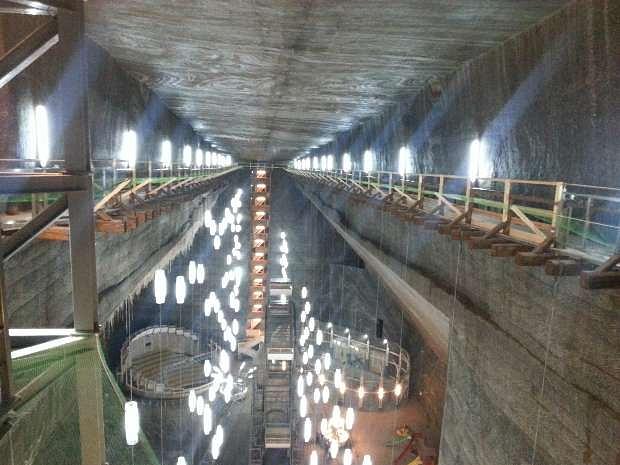 Romania's Turda salt mine in Transylvania has been named among a website's most “amazing unknown places”.

Business Insider recommended visiting the attraction, which has been popular with tourists since the 90s.

Named Salina Turda, the particular mine dates back to the 17th century and now includes a carousel ride and amphitheater deep in the cavern.

However, the first document speaking explicitly of the existence of salt mines in Turda salt dated May 1, 1271.

Also on the list are the Haiku Stairs in Oahu, Hawaii — also known as "The Stairway to Heaven", the "crooked forest" of Western Poland, the burning crater in Derweze, Turkmenistan,  the glaciers of Svalbard, and the clear blue water of the Hinatuan River on the Philippine island of Mindanao, among others.